The former SNL star has historically had trouble impressing the critics, but we break down a handful of his classics to argue whether they deserved the Bob Barker beatdowns they received.

Adam Sandler has earned accolades for recent performances in films like The Meyerowitz Stories, Uncut Gems, and Hustle, the latter of which premiered on Netflix just this week, but historically speaking, critics haven’t exactly been kind to his filmography. That said, Sandler’s films have always been somewhat critic-proof for fans of his alternately goofy and unhinged comedic stylings, and many of them have become cult classics in their own right.

With that in mind, we dive back into Sandler’s career to talk about a handful of fan favorites that, according to our hosts and their guest, may have been unfairly maligned. We’re talking about titles like Happy Gilmore, The Waterboy, and Big Daddy, as well as a few others from the SNL alum. 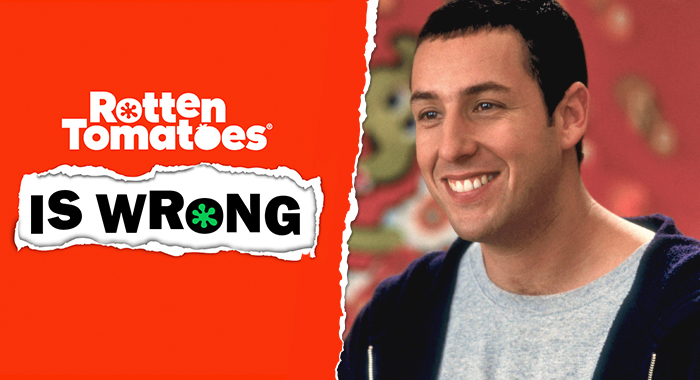 Regular co-host Jacqueline Coley is back from her whirlwind tour of the Cannes Film Festival, and she and Mark Ellis welcome a particularly esteemed guest in this episode. Joining Mark and Jacqueline is actor and director Mark O’Brien; you know him from his work in films like Arrival, Ready or Not, and Marriage Story, and this week, he directs and stars in a new psychological thriller called The Righteous that is earning rave reviews. Tune in to hear him wax nostalgic about the underappreciated charms of Billy Madison and listen to the whole gang recite Sandler one-liners with glee.