We look back at the nostalgic original 1995 fantasy powered by dazzling effects and a family-friendly Robin Williams. 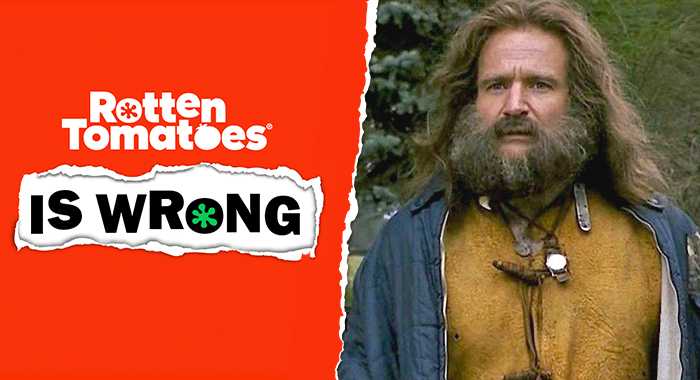 In terms of family-friendly Robin Williams movies that fans are surprised to discover are Rotten on the Tomatometer, 1995’s Jumanji is probably only second most-shocking behind 1991’s Hook. For a lot of folks, both are childhood favorites that came at a particularly iconic stretch in Williams’ career that also included Aladdin and Mrs. Doubtfire. But we’ll save Hook for another day.

Based on the picture book of the same name, Jumanji eventually spawned a spiritual sequel (also based on a book) called Zathura in 2005 and a pair of true sequels — or a soft reboot and its sequel, if you prefer — in 2017’s Jumanji: Welcome to the Jungle and 2019’s Jumanji: The Next Level. The latter two in particular were big holiday hits that grossed over a billion and a half dollars at the box office, and while it’s true that they benefited from the star power of people like Dwayne Johnson, Kevin Hart, and Jack Black, the original had Bonnie Hunt, a young Kirsten Dunst, and Robin Williams arguably in his family-friendly prime. So what didn’t the critics get?

The main criticism of the film seems to stem from the notion that, while Jumanji‘s admittedly impressive special effects are a blast and do a great job immersing the viewer in the film’s fantasy world, they also tend to overwhelm the story and push the human characters to the side. In essence, it feels like an amusement park ride: thrilling at times, yes, but ultimately fleeting and forgettable.

Of course, “forgettable” certainly isn’t the word anyone who saw the film as a kid would use. But that’s exactly what this podcast is for, and regular host Mark Ellis’ guests this week all vehemently disagree with the Tomatometer. Steph Sabraw, Dorina Arellano, and Roxy Striar, collectively known as The Whirl Girls, have launched a new podcast called Bitch Out of Water, and they’ve got a bone to pick with the critics who saddled Jumanji with its 52% Tomatometer score.

Roxy doesn’t understand how “we as a society” got it that wrong. She doesn’t know anyone who doesn’t think Jumanji is great, and she thinks its Tomatometer should be up in the 90s. Dorina claims Jumanji is even better than a lot of family adventure movies we get nowadays, and Steph, who thinks the film is a great ride from start to finish, has some strong feelings on the topic: “This score disgusts me.” Mark isn’t quite as enthusiastic, but agrees the film deserves better, and he’ll definitely have his work cut out for him making sure his guests don’t get too heated.