As we approach its 40th anniversary, we reexamine the musical adaptation to determine if the little orphan deserved such a hard knock life after all. 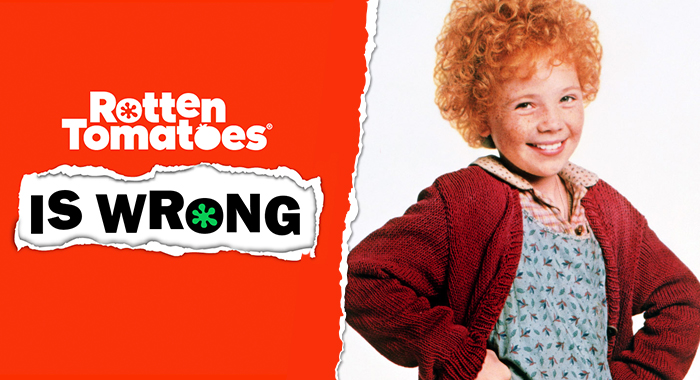 For folks of a certain age, the 1982 musical Annie is synonymous with childhood, right up there with other formative films of the decade like E.T. the Extra-Terrestrial and The Goonies. At just 49% on the Tomatometer, though, it didn’t impress critics (or audiences, for that matter) nearly as much as the latter two, and as it prepares to celebrate its 40th anniversary with a screening at the TCM Classic Film Festival, we thought it was high time to give it another look.

It’s clear there is something about the story of little orphan Annie that resonates with audiences. It began as a poem written in 1885, which then inspired a long-running comic strip that began publication in 1924, which in turn eventually inspired a Broadway musical in 1977 that won an impressive seven Tony awards. The 1982 film adapts that musical for the big screen, but it was only the first; it was followed by a made-for-TV sequel in 1995, a made-for-TV remake in 1999, and yet another theatrical remake in 2014. That’s quite the journey.

But back to the 1982 film. The cast included such folks as Albert Finney as “Daddy” Warbucks, Carol Burnett as the cruel head of Annie’s orphanage, Tim Curry, Bernadette Peters, and a young Aileen Quinn, who beat 8,000 other girls to win the title role. On top of that, the man behind the camera? John Huston. Yes, the same John Huston who gave us The Maltese Falcon, The Treasure of the Sierra Madre, The Asphalt Jungle, and The African Queen.

Critics were understandably puzzled by this late-career move, though Huston had expressed interest in directing a musical in the past. They felt that his sensibilities didn’t quite match the material at hand, and that the end result lost much of the charm of the musical, even if its production value was impressive. But is the film any better in retrospect?

A lot of folks seem to think so, at least judging by the 69% Audience Score. That’s not necessarily a ringing endorsement, but it’s a whole lot more generous than the critics were willing to be. Most of the praise is aimed squarely at Aileen Quinn herself, a beacon of boisterous energy in a surprisingly dark film, but there’s a lot of love for the musical numbers as well. Anyone who grew up in the 1980s (and even a lot of people who were born later) can recite the chorus of the show-stopping “Tomorrow” on cue.

Should Annie be relegated to the dusty annals of movie musical history, or is it a triumphant adaptation worth celebrating? Our guest this week has a lot to say on the matter: Alicia Malone is a TCM host who is taking her talents to the TCM Classic Film Festival from April 21-24, and she brings a lot of knowledge and historical context to the discussion. She saw the film as a child and admits she may be looking at it through rose-colored glasses, but still believes the Tomatometer is wrong. Mark is right on board with that take, noting that the film was also an integral part of his childhood, and while Jacqueline doesn’t think it deserves to be Rotten, she completely understands why. There are some problematic elements, and in her words, “The cheesy things about Broadway don’t work.”