That's right, we're taking aim at the beloved conclusion of The Infinity Saga to see if it was – ahem – assembled effectively enough, or if it was all just low-hanging fan service. 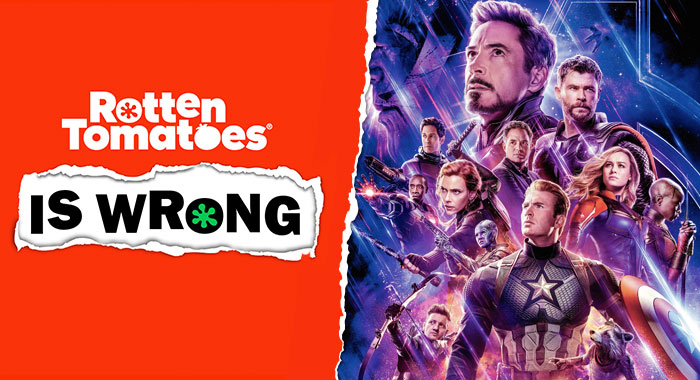 We are officially knee deep in Phase Four of the Marvel Cinematic Universe, and this week’s Eternals looks to keep fans engaged in the franchise’s overarching narrative even as it introduces just under a dozen new heroes. But it was only two years ago when Marvel’s grand experiment offered its greatest payoff to date after more than a decade of origin stories, expansive sequels, explosive team-ups, and cheeky end-credits scenes. Avengers: Endgame was the ultimate culmination of 21 movies’ worth of storytelling, tidily wrapping up what we now know as The Infinity Saga (OK, yes, Spider-Man: Far From Home is technically the final film of Phase Three) and earning not only several boatloads of cash at the box office but also a Certified Fresh 94% on the Tomatometer.

It was a lot to ask of anyone to try and tie up such a massive storyline, and most folks think directors Joe and Anthony Russo did a fairly superheroic job of accomplishing that. But that doesn’t mean there aren’t a few Negative Nebulas out there who don’t think Endgame deserves its status as the second-best reviewed film of the MCU.

So is it fair to judge Avengers: Endgame as the narrative bookend it’s meant to be, or does it succeed on its own merits? Our returning guest this week, Screen Junkies vet and host of the Binge Boys podcast Lon Harris, says Endgame feels more like a “good season finale” than a great standalone episode of an epic TV series. He argues that the Russos did a serviceable job bringing the Infinity Saga to a close, but the end result is maybe a tad generic and too bogged down by its larger storytelling universe to earn its spot in the upper echelon of the Marvel Cinematic Universe.

This week, he joins regular co-hosts Jacqueline Coley and Mark Ellis to talk about what Endgame did right, and what could have been done even better. They mourn the character deaths they feel got short shrift (Heimdall, anyone?) and debate whether Marvel really earned the film’s big moments with its 11 years of build-up, or if it was all just low-hanging fan service. And now that the franchise has essentially reset the stakes, can they even hope to replicate what they achieved with the first 22 films?