"Rotten Tomatoes Is Wrong" About... The James Bond Movies

We're celebrating the release of No Time To Die with a 007 deep dive: Who's the best Bond (and the worst)? Top villain? And should our Tomatometer ranking of the Bond movies be shaken, stirred, and totally undone? 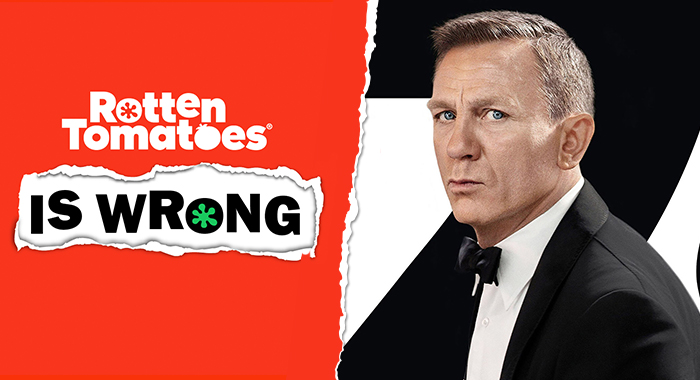 At long last, cinema’s foremost practitioner of besuited espionage, James Bond, is back on the big screen with Daniel Craig’s highly anticipated final outing as 007, No Time To Die, in theaters this Friday.

It’s the 25th film in the franchise based on Ian Fleming’s iconic character – or the 27th if you include Never Say Never Again and the original Casino Royale as canon, which is a controversial take. And, according to critics, it’s worth your…erm, time: The movie is already Certified Fresh and many are calling it a perfect swan song for Craig’s rugged Bond.

With so many accomplished missions, heartbroken women, thwarted villains, and totaled sports cars left in the character’s wake since his big-screen debut in 1962, we decided it was time to dive into the Bond filmography for our latest episode of podcast Rotten Tomatoes Is Wrong.

Who is the best Bond? Which villain left the biggest impression? And just how wrong – or maybe even right – is our definitive ranking of all the Bond films based on their Tomatometer scores? Hosts Jacqueline Coley and Mark Ellis are digging into those questions and more – including who might replace Craig as the franchise moves forward – in this supersized episode.

Joining them for this very special and bullet-ridden trip down memory lane is actor, host, multiple Schmoedown Champion and Person Who Knows Absolutely Everything About Bond, Mike Kalinowski… and you won’t believe who he says is the worst 007 we’ve had so far!