It failed to enchant critics at the time of its release, but Suicide Squad's defenders still go to bat for it to this day. On the eve of its sequel, we're looking back at David Ayer's infamous take on DC's ultimate villain team-up. 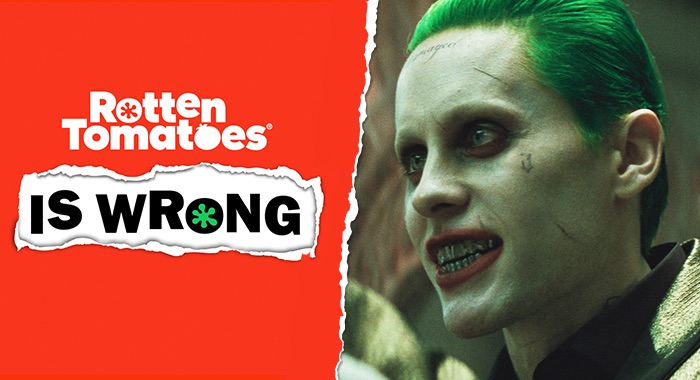 This week, everyone is talking about The Suicide Squad, director James Gunn’s gory, hilarious, and so-far very critically beloved take on DC’s bad-guys-turned-good(ish) group of world-savers. The movie hits theaters and HBO Max this Friday with a Certified Fresh Tomatometer score in the high 90s – which is very “nom, nom” indeed.

With the “squad” back in theaters, we thought we’d revisit the film that first introduced Amanda Waller and some of DC’s most beloved kinda-villains to moviegoers: 2016’s Suicide Squad. (What a difference a “the” makes.) Where Gunn’s film rides towards audiences buoyed by almost universal acclaim, director David Ayer’s original… well, it was something of a different story.

Expectations were high among fans for the 2016 movie off the back of a killer marketing campaign that included what might be one of the most effective trailers ever made, as well as swirling excitement about a new Joker and that killer cast (Will Smith! Viola Davis! Jared Leto! Margot Robbie!). But when the movie crash-landed into theaters – to the sound of so many rock hits – it failed to… erm, enchant.

Critics lauded some of the chemistry between cast members as well as the arrival of a “fantabulous” new DCEU character in Robbie’s Harley Quinn, but they also largely roasted the film for its muddy story and music-video feel. It stands with a current Rotten Tomatometer score of 26%. Fans were slightly more forgiving, but hardly blown away – the movie’s Audience Score is 59%, one point shy of Freshness. Even its most die-hard defenders took issue with a clunky final act and weak villain.

Recently, even the movie’s own director has come out against the version Warner Brothers’ released in theaters, recently going so far as saying studio interference resulted in something that was ”not my movie.” And for those who took issue with all those rock hits, he noted his movie had “not a single radio song in the whole thing.”

But is the original Suicide Squad deserving of its villainous reputation? Or, much like its surprisingly big-hearted lead characters, was this a film too harshly judged – by critics, fans, and now its creator? That’s what we’re asking in the latest episode of our podcast, Rotten Tomatoes Is Wrong (A Podcast from Rotten Tomatoes). And to take on such a mission, we had to recruit the deadliest group of bad guys (OK, insightful film buffs) we could find – and so it is that our regular hosts Mark Ellis and Jacqueline Coley have been fitted with their explosive devices and are joined by movie and TV junkie, actress, host, and one third of YouTube’s Whirl Girls, Roxy Striar. Does she, like a certain pale-faced and pigtailed jail bird, have a soft spot for something others find so problematic? Tune in to find out.