"Rotten Tomatoes Is Wrong" About... Constantine

The battle between heaven and hell that became a battle between audiences and critics comes to a fiery conclusion as we ask: Does Keanu Reeves' supernatural cult hit deserve its Rotten Tomatometer score? 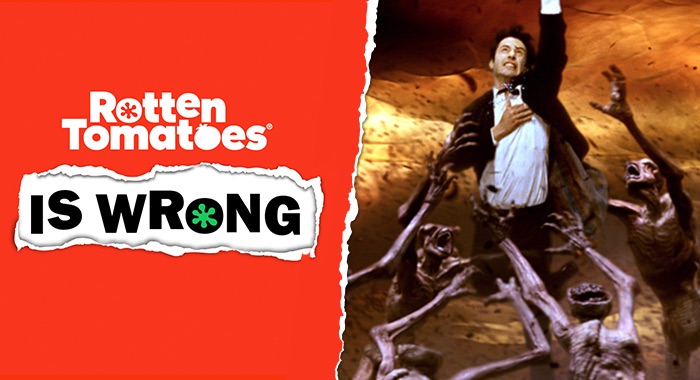 Few movies age quite so well as Constantine, director Francis Lawrence’s 2005 take on DC Comics’ demon-hunting character of the same name. The film, with Keanu Reeves chain-smoking his way with gravelly charisma through the title role, was largely dismissed by critics at the time of its release who called it a Matrix rip-off with some visual flair but not much else. And yet over the years it’s gained a cult following among fans who’ve been encouraging horror and action lovers – and Rotten Tomatoes – to look closer.

So it is that Constantine has a Fresh Audience Score of 72%, which towers above its Tomatometer score of 46%. And so it is we’re revisiting this supernatural tale of heaven, hell, and cats (!) in an episode of our podcast, Rotten Tomatoes Is Wrong.

This is a special episode, though: Our hosts Jacqueline Coley and Mark Ellis are taking a well-earned break, and this episode was actually recorded as we were piloting the series. So, if the conversation is structured a bit differently than what you’re used to hearing on Rotten Tomatoes Is Wrong, that’s why.

What were fans digging that critics weren’t? Tune in to find out.