It's the Certified Fresh film with the villainous twist that still irks legions of MCU fans, but is it time to let go and learn to love this blockbuster threequel? 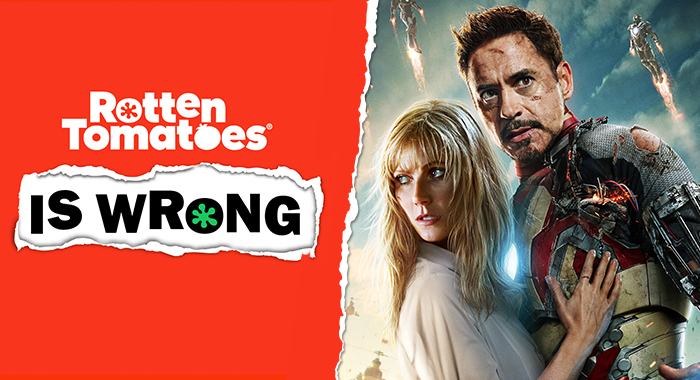 But the truest illustration of the “only two people” idea – at least around these parts – comes from Iron Man 3. To our minds, there are really only two people in the world: Those who loved that Mandarin/Trevor Slattery twist, and those who felt it was, frankly, sacrilegious.

Where you stand on Trevor Slattery probably largely shapes where you stand on Iron Man 3 overall. While critics and audiences are almost perfectly aligned – it’s Certified Fresh on the Tomatometer at 79% and has a Fresh Audience Score of 78% – it remains one of the most divisive films in the Marvel Cinematic Universe.

That mostly comes down to the polarizing reveal that the Mandarin, the infamous comic-book terrorist whom the studio had been teasing for months in its publicity campaign, was actually British actor Slattery, played by Ben Kingsley, who was a puppet of the far less interesting real villain. Talk about a bait-and-switch! But there are other gripes with the film, too, which according to its critics, can feel like an uncomfortable mishmash of the dueling sensibilities of it studio and its director, Shane Black, and loses steam after a very strong first half.

And then there are the plot holes. (Like, wait, he had an entire droid army at his disposal the entire time!?)

With the movie back in the zeitgeist thanks to the release of Shang-Chi and the Legend of the Ten Rings – which does introduce the leader of the Ten Rings terrorist organization (though it is not the “Mandarin” of the comics) – we’re taking Iron Man 3 down to our underground lab/workshop to pull it apart and examine its bits and bobs. And by that we mean we’re debating it in the latest episode of Rotten Tomatoes Is Wrong.

Joining regular hosts Jacqueline Coley and Mark Ellis to talk all things Iron Man Threesies, is YouTube’s Brian Tong, beloved tech, geek, and culture commentator and notorious Extremis junkie. What kind of person in this world is he? Tune in to find out.