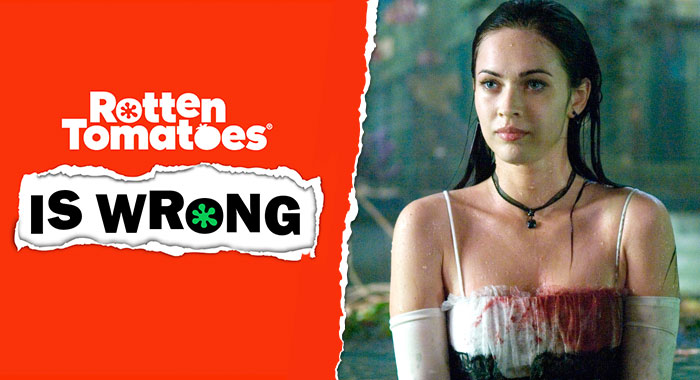 After Diablo Cody surprised everyone with her Best Original Screenplay Oscar for 2007’s Juno, she teamed up with director Karyn Kusama and took a little detour up to Minnesota for a cheeky teen horror-comedy that dared to break a few rules. Meanwhile, Megan Fox had literally just finished her stint in the Transformers franchise and Amanda Seyfried was coming off the success of the light and breezy Mamma Mia!, and both were looking to do something a little different. And boy, did they ever accomplish that.

It’s now been over 12 years since the release of Jennifer’s Body, and while it didn’t impress critics or a significant portion of the moviegoing audience at the time, the film has undergone something of a reassessment. Fans are quick to point out that the story of a popular cheerleader whose body is sacrificed by a bunch of indie band bros in the hopes it will bring them fame was marketed rather questionably as a “hot Megan Fox movie.” But how do you sell a charmingly offbeat feminist tale of pre-Me Too comeuppance with themes of female friendship and empowerment to a bunch of teenage boys?

Jennifer’s Body has found a second life as a legitimate cult classic, and one person who thinks the restrospective appreciation is long overdue is YouTube megastar, humanitarian activist, entrepreneur, and writer Connor Franta, who just released his third memoir, House Fires, in October. Franta admits that if he goes on a date, this is the movie he uses to “gauge your level of taste.” Bold move, honestly. And while he acknowledges the film is not quite a horror movie or a straight-up comedy, there’s plenty of bloody fun and quippy humor for anyone willing to let go of preconceived notions (particularly the “hot Megan Fox movie” ones).

This week, Franta joins regular co-hosts Jacqueline Coley – another big fan – and Mark Ellis – a true virgin to the experience – to talk about why the response to Jennifer’s Body has shifted so much in recent years. They share their favorite moments (“It smells like Thai food in here”) and discuss how the superb cast makes it all work because they all buy into the ridiculousness of the film. And where does Low Shoulder rank among the great fictional movie bands of all time?