"Rotten Tomatoes Is Wrong" About... The Witcher Season 1

We toss a coin to the popular Netflix fantasy series and discuss whether the critics were harshly unfair to its first season. 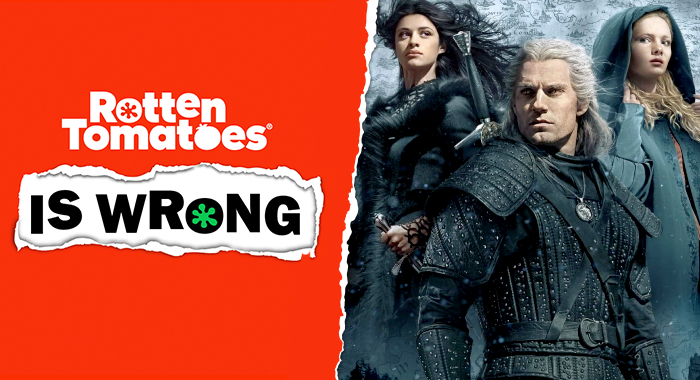 If Peter Jackson’s Lord of the Rings trilogy renewed general interest in the fantasy genre in a big way, then HBO’s Game of Thrones made fans rabid for more. And if there was any series that was primed to mix elements of both and take up the mantle when the latter finished its run in May of 2019, it was Netflix’s The Witcher, which released its first season in December of the same year.

Based on a series of short stories and novels by Polish writer Andrezj Sapkowski, The Witcher centers on the adventures of Geralt of Rivia, a monster hunter-for-hire with supernatural abilities, and his tricky relationships with a half human, half elf sorceress named Yennefer of Vengerberg and young Princess Ciri of Cintra, whose own nascent powers have attracted the attention of various nefarious forces.

Originally published between 1986 and 1999, Sapkowski’s various Witcher stories were popular enough across Europe that they spawned a feature film in 2001 and a previous television series in 2002, but they reached a broader worldwide audience when they inspired a video game in 2007, which bore two highly successful sequels of its own. In other words, there was already a huge, built-in fanbase hungry for the release of the Netflix drama.

Luckily, if the 91% Audience Score is anything to go by, Netflix certainly delivered. The eight-episode first season needed to cover a lot of ground to get newcomers up to speed, but most fans felt the series did an admirable job. It didn’t hurt that the titular witcher himself was played by Henry Cavill, who was such a big fan of the video games that he actively lobbied for the role and who embodied Geralt so completely that it might eventually eclipse his stint as the DCEU’s Superman.

But not everyone was so ready to toss a coin to The Witcher when its first season premiered. While critics admired the work done by Cavill and his co-stars Anya Chalotra (Yennefer) and Freya Allan (Ciri), the series couldn’t quite escape comparisons to Game of Thrones, which, despite its largely agreed-upon disaster of a final season, remains the standard-bearer of prestige television fantasy. It currently stands at 68% on the Tomatometer, which isn’t terrible, but considering the just-released second season is Certified Fresh at 94%, what exactly happened?

Was it all too convoluted for viewers new to the world of The Witcher? Was it too heavy on exposition or full of genre clichés? What did the fans willing to accept that the critics weren’t? Joining regular co-host Jacqueline Coley this week is TV host and digital content creator Trisha Hershberger, who adores the Witcher video games but acknowledges the series is closer in spirit to the original books. She also believes critics in general have difficulty warming up to fantasy series and some were unfairly harsh in their reviews. Jacqueline, on the other hand, isn’t quite as enthusiastic.