"Rotten Tomatoes Is Wrong" About... The Mandalorian

With Disney+ Day right around the corner, we're debating the Star Wars series that kicked off the streaming service with a Baby Yoda-sized bang. 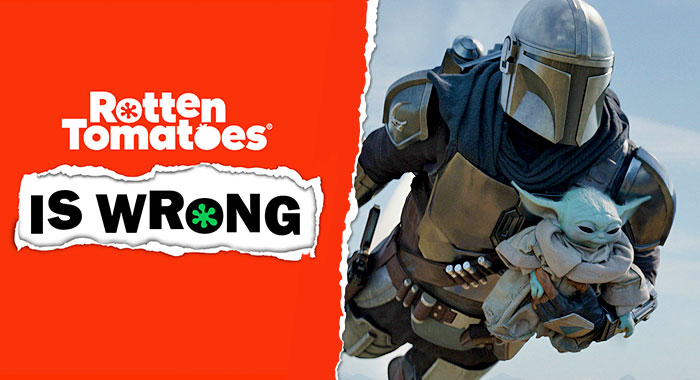 Admit it: You’re already humming the theme song in your head. Ludwig Göransson’s now-iconic score is just one of the many reasons both critics and audiences immediately fell in love with The Mandalorian, the first live-action TV series in the Star Wars universe and one of the tentpole releases that premiered along with the Disney+ streaming service in November of 2019. Under the guiding hands of Jon Favreau and Dave Filoni, the series has produced two Certified Fresh seasons (at 93% and 94% on the Tomatometer) with a third on the way, winning multiple awards, influencing the industry with its technological innovations, and spawning at least two spin-off series. Oh, and let’s not forget about the merchandising gold mine formerly known as Baby Yoda.

Speaking of those spin-off series, we expect we’ll get few tasty morsels of information about The Book of Boba Fett and Ahsoka — as well as Season 3 of The Mandalorian and a number of other Disney-related shows — at the upcoming Disney+ Day on November 12. To mark the occasion, we’re taking a critical look back at the adventures of Din Djarin (Pedro Pascal), Grogu, and their colorful cast of cohorts to determine if they’re really all that and a bag of frog eggs.

To do that, we’re debating everything we’ve seen so far and asking some important questions: Which of the two seasons is better? Does the series successfully recapture the feeling we all got when we had our first experience with the Star Wars franchise? Is there enough substance behind all the style? Was television the right medium to tell the story? And is there anything The Mandalorian doesn’t get right?

Joining host Mark Ellis this week — Jacqueline is away hobnobbing with important folks on the awards circuit — are two people who spend a lot of time talking Star Wars: Actor, host, and writer Jen Landa and broadcaster, comedian, and author of Why We Love Star Wars, Ken Napzok. Together (with previous guest Joseph Scrimshaw) they host the ForceCenter podcast, which tackles all things Star Wars, “the greatest saga ever told.”