"Rotten Tomatoes Is Wrong" About... The 2022 Best Picture Nominees

With the Oscars just a few weeks away, we dig into all 10 Best Picture nominees and discuss whether their Tomatometer scores accurately represent where they rank against each other. 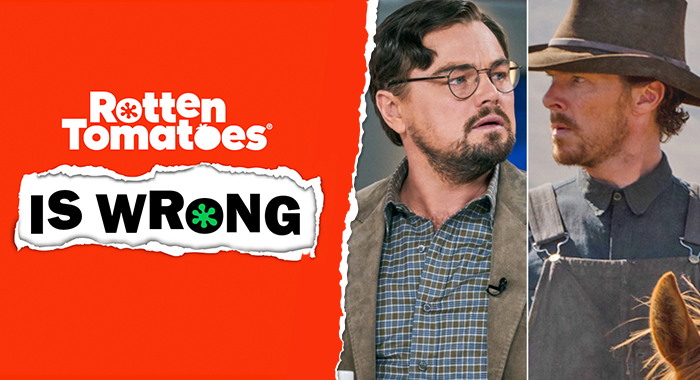 It’s officially that time of year when we put aside talking about misunderstood superhero movies and underappreciated cult classics to dive headfirst into awards season. With the Academy Awards just a few short weeks away, we’re looking at the 10 nominees for Best Picture to assess not only whether or not they deserve their nominations, but also whether or not their Tomatometer scores are a good indication of where they rank against each other.

The elephant in the category is, of course, Adam McKay’s satire Don’t Look Up, the only Rotten movie of the bunch (currently at 55% on the Tomatometer) and the worst-reviewed film to earn a Best Picture nomination since 2011’s Extremely Loud & Incredibly Close, which sports a 45% Tomatometer score. Despite a few standout moments and all-star cast, which includes Leonardo DiCaprio, Jennifer Lawrence, Meryl Streep, Cate Blanchett, Jonah Hill, and Timothée Chalamet, just to name a few, critics felt the film could have been a lot sharper and more focused. While the film has its fans, some felt that spot should have gone to a different film, like Pig, or Passing, or The Green Knight.

Aside from Don’t Look Up, though, most folks seemed fairly satisfied with the choices. Guillermo del Toro’s Nightmare Alley was also something of a surprise, since it hadn’t really made much noise elsewhere during awards season. Similarly, Japanese director Ryûsuke Hamaguchi’s thoughtful drama Drive My Car unexpectedly earned several nominations, including Best Picture, thanks in large part to sweeping wins across several prominent critics organizations.

Drive My Car also sports the highest Tomatometer score in the category, but according to our ranking formula, which takes into account the number of reviews for each film, it still falls behind the current frontrunner, Jane Campion’s The Power of the Dog. TPotD has thus far taken home the most hardware this year by a significant margin, according to our Awards Leaderboard, and it also happens to lead the Oscars with the most nominations of any film. Is it a shoo-in for Best Picture at this point?

Joining our regular co-hosts Jacqueline Coley and Mark Ellis this week to make sense of all the Best Picture nominees is esteemed guest Kyle Buchanan, pop culture reporter and awards season columnist for the New York Times who pens The Projectionist column. He feels near certain Jane Campion will win Best Director for The Power of the Dog, but he argues that the race for Best Picture is actually a lot closer than we all think. He’s also just released a book called Blood, Sweat & Chrome: The Wild and True Story of Mad Max: Fury Road, which Mark and Jacqeuline are only too eager to talk about.