Is James Gunn's take on the DC antiheroes the gory, irreverent remix we all needed or a barely better medley of things we've seen plenty of times before? 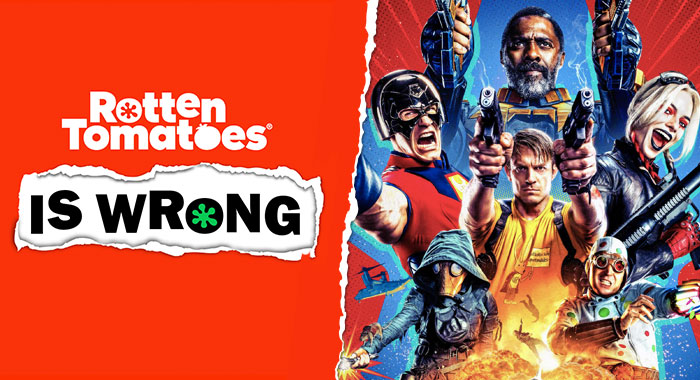 We’re not going to rehash the messy drama surrounding James Gunn’s temporary divorce from and eventual reconciliation with Marvel — this is not the place for that — but we can acknowledge that it offered just enough of a window for Warner Bros. and DC to snatch him up to redo a film they had just released a few years earlier. We’re also not going to rehash that earlier movie — this is the place for that, and we’ve already done it — but with the HBO spin-off series Peacemaker barreling towards its season finale, we thought it was a great time to talk about the movie that spawned it: last year’s The Suicide Squad.

At this point, it’s clear that 2015’s Suicide Squad suffered through its share of behind-the-scenes battles, but whatever the root causes were, most folks — critics and fans alike — simply did not care for the movie. So when Gunn, whose Troma-bred sensibilities helped make Marvel’s Guardians of the Galaxy a blockbuster success, was hired to take another crack at DC’s own gang of misfit antiheroes, fans were understandably excited.

By most accounts, that excitement was not misplaced. Gunn’s The Suicide Squad ended up with a Certified Fresh 90% on the Tomatometer and a much more fan-friendly 82% Audience Score. Compare that against the earlier film’s 26% Tomatometer and 59% Audience Score, and it’s clear not only that Gunn was a good fit for the material, but also that the studio finally learned the value of letting a crazy dude just do his thing.

But hey, we wouldn’t be here if everyone agreed, right? So are there folks out there who think the praise for the film is a little overblown? Are there those who didn’t think Gunn’s penchant for graphic violence and dick jokes made for particularly engaging entertainment? Are there those who just don’t get what all the hype was about?

Well, yes and no. Joining regular co-hosts Jacqueline Coley and Mark Ellis this week is Josh Tapia aka JTE, co-host of the Film Review Weekly podcast. He doesn’t think The Suicide Squad is a bad movie, per se — he still thinks it’s a good time, and the cast is great — but when he came out of the theater, he found it a little difficult to understand why everyone around him was so excited about it. He wonders if maybe letting Gunn run wild isn’t the best idea, and maybe the PG-13 limitations of the MCU force him to be more creative with his humor. Maybe fans were just so disappointed by the earlier film that they were hungry for anything better, even if it was only marginally so. Then again, maybe The Suicide Squad really is just a damn good time at the movies.

Jacqueline tends to agree with Josh; she thinks the film’s 90% Tomatometer score is “a little strong.” But she also acknowledges and appreciates the film’s homages to 1970s exploitation films and still thinks it’s a fun film overall. Mark is much more generous here, calling the film James Gunn’s “crazy weekend in Vegas” before he returns home to the much more family friendly trappings of the MCU.