We feel the need — the need for speed — as we gear up for Top Gun: Maverick by remembering the fighter pilot flick that became a classic of the 1980s. 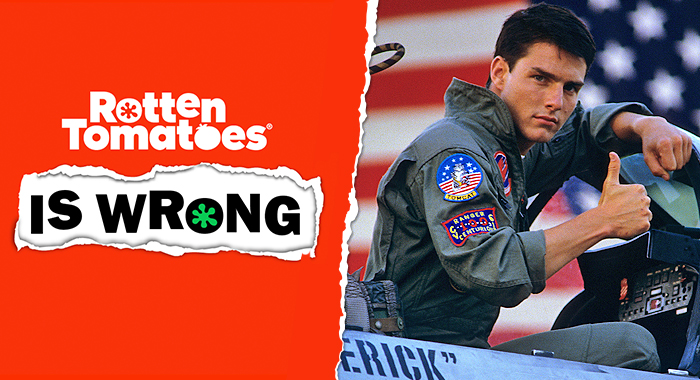 For a movie that had as much of a pop culture impact as 1986’s Top Gun did, it’s kind of amazing that it has remained a one-off for all these years. You had the blossoming superstar talents of a young Tom Cruise and a young Val Kilmer, director Tony Scott breaking into the mainstream with the help of producer Jerry Bruckheimer, and expertly crafted action scenes the likes of which we hadn’t ever quite seen before. But nostalgia is all the rage these days, and three and a half decades later, we’re finally getting a sequel in Top Gun: Maverick, so it’s time to take another look at the original.

Regular co-host Jacqueline Coley is still recovering from awards season (and preparing for the festival circuit), so Mark Ellis flies solo this week, but he’s got two very capable wingmen by his side. Together, Ben Bateman and Andrew Ghai co-host The Action Guys podcast, and if you need any evidence that they’re perfect for this episode, all you have to do is look at their logo, which, by their own admission, is a “ripoff” of the Top Gun logo. Considering the film is Rotten at 57% on the Tomatometer with an 83% Audience Score, it’s probably no surprise how they feel about the movie.

Andrew finds the Tomatometer score “insulting” and says “RT is 150% wrong” about Top Gun; he’d personally place it somewhere between 78% and 84%. Ben, of course, agrees, though he’d put it closer to 90%. He reasons that the film is a “cartoon time capsule” of what ’80s action films were supposed to look like, and a prime example of Tony Scott’s fantastic action sensibilities. And prepare for another lovefest here, because Mark puts this one somehwere in his top 10 movies of all time. Tune in to hear them talk about Scott’s work in the director’s chair, that epic soundtrack, the endlessly quotable one-liners, and all the iconic moments.