"Rotten Tomatoes Is Wrong" About... The Scream Movies

With a new spree around the corner for cinema's favorite ghostface killer, we're looking back at the meta slasher series and debating the best kills, Tomatometer scores, and what we want from a fifth installment. 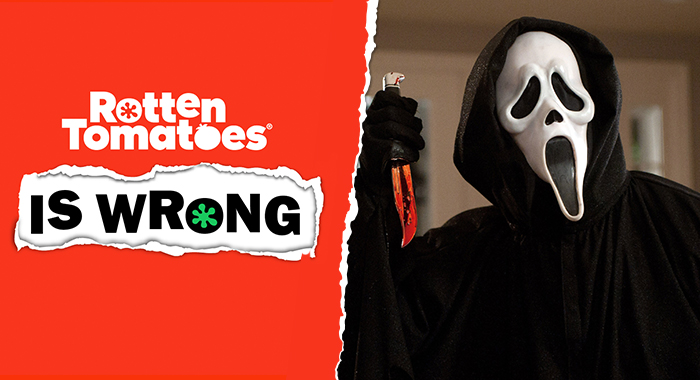 What’s your favorite scary movie… from the Scream franchise?

That’s the question on our minds this week as we feast on the first trailer for the upcoming fifth Scream movie – simply called Scream – and prepare for a bloody reunion with Sidney, Gale, Dewey, and – behind you! – GHOSTFACE.

With the world buzzing over the new film, which features our central trio plus a slew of new body-bag–bound characters, we’re dedicating this week’s episode of podcast Rotten Tomatoes Is Wrong to the meta horror franchise that kicked off a 1990s slasher revival.

Is the Tomatometer ranking of the Scream movies right? Does Scream 3 really deserve the ignoble honor of being the series’ sole Rotten entry? (Justice for Parker Posey.) What are the best and most terrifying kills? And what are we looking forward to in the franchise’s next installment?

Joining regular co-hosts Jacqueline Coley and Mark Ellis is outgoing Rotten Tomatoes Editor-in-Chief and Scream superfan Joel Meares. Will he be able to convince them that Scream 3 deserves its place in the sun? (Or, at the very least, didn’t deserve for the critics to gut it like a fish.)