"Rotten Tomatoes Is Wrong" About... The Notebook

It's the romance of our time but is the Nicholas Sparks weepie worthy of all the love? We're diving into the maybe-toxic bond between Noah and Ally, and the world and The Notebook. 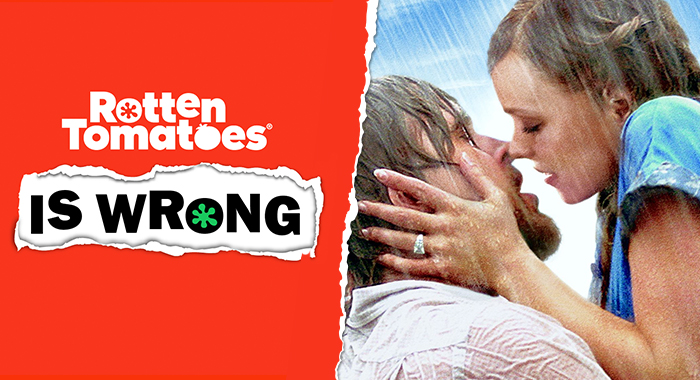 It’s the movie with the moment that’s had us swooning – and getting very soggy trying to replicate it – for more than 17 years, but does The Notebook deserve its status as the great romance flick of our time? That’s what we’re asking in the latest episode of our podcast, Rotten Tomatoes Is Wrong.

Joining hosts Jacqueline Coley and Mark Ellis to talk everything Noah and Ally is pop-culture expert and Geekbomb founder Maude Garrett. With the critics and audiences split – the movie has a Rotten Tomatometer score of 53% but an Audience Score of 85% – our trio dives into that palpable chemistry between Rachel McAdams and Ryan Gosling (and the behind-the-scenes fireworks between them); the might-actually-be-totally-toxic relationship at the center of the film; and whether the movie is truly moving or just manipulative.