"Rotten Tomatoes Is Wrong" About... The Harry Potter Movies

Hats, schmats: We sort things by Tomatometer around here, and according to the numbers Deathly Hallows – Part 2 is the best movie in all of Potterdom. Is it truly the most magical entry in the series though? In this ep, we tackle RT's ranking of the Harry Potter franchise. 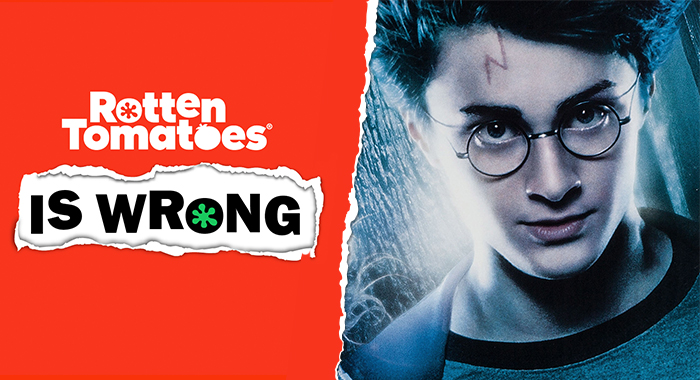 Do you like your Harry Potter films light and frothy – like the early years? Or do you prefer your Wizarding World all broody and dark – like the later years? Perhaps your Potterverse sweet spot is in the middle films, like Goblet of Fire, which expertly blend both, capturing Harry, Hermione, and Ron at a time when they’re still innocent enough to be awed by the magic around them, and when He Who Must Not Be Named is moving from lingering threat to fully formed strange-nosed wand-swinger.

Whichever way you lean Potter-wise, you’re likely to have some strong thoughts about our ranking of the Harry Potter films.

Our list orders the movies by their Tomatometer score, which reflects the percentage of critics that gave the films a thumbs up. Not surprisingly, all eight Harry Potter movies score very well according to the Tomatometer, with each earning a Certified Fresh score of 77% or above. (It is the Ravenclaw of movie franchises.) Final film Harry Potter and the Deathly Hallows – Part 2 comes in at number one with a whopping 96%, with fan fave Prisoner of Azkaban close behind on 90%; in last place is Deathly Hallows – Part 1, which suffered – according to critics – from an inevitable feeling of being unfinished.

In the latest episode of our new podcast, Rotten Tomatoes Is Wrong (A Podcast from Rotten Tomatoes), we’re going big. Like, troll-rampaging-in-a-boarding-school-bathroom big…. Or giant-spider-getting-freaky-in-the-woods big. For the first time, we’re tackling not just one or two films, but an entire series, asking whether our ranking of each movie in the Harry Potter franchise passes the sniff test with lovers of the series. Joining hosts Jacqueline Coley and Mark Ellis for this Triwizard Tournament-level task is Syfy and Syfy Wire’s Jackie Jennings, host of the “Who Won the Week” podcast and Potter-head who definitely thinks we’re wrong on this one. Will you agree?