"Rotten Tomatoes Is Wrong" About... Avatar

Plug in as we examinine the mammoth movie with the minuscule pop-culture footprint and ask: Has the world been fair to Jake and the Na'vi? 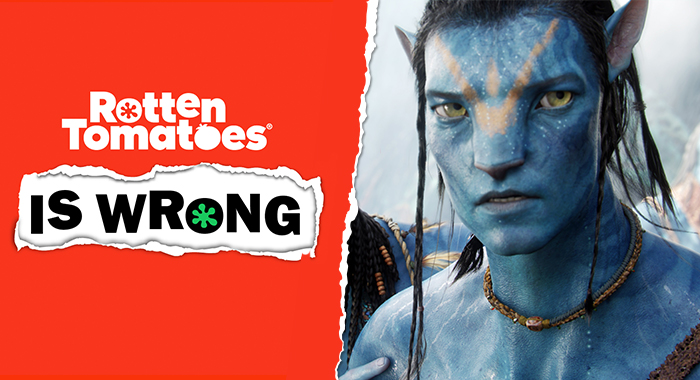 It’s hard to believe given the absence of any sort of rabid fandom – no one is clamoring for a Jake Sully Funko Pop! – that James Cameron’s Avatar was, at one point in time, the biggest film ever and a genuine pop-culture phenomenon. So muted has its impact been in the decade since its release – aside from the saga of the frequently-delayed sequels – that it’s sometimes easy to forget that Avatar ever existed at all.

And yet exist it did way back in 2009, revolutionizing moviemaking with advanced motion-capture technology, new effects, and a fresh approach to 3D, and pulling in a staggering $2.7 billion at the global box office. The story of the alien world of Pandora, the Na’vi who inhabited it, and the humans that “linked” to Na’vi “avatars” to interact with them struck a chord in a big way. It’s just that the note didn’t exactly ring out for long.

What happened to this Certified Fresh film with the Fresh Tomatometer Score, strong Audience Score, and a bunch of Oscar nominations – including for Best Picture? Were we all high on something blue and potent back in 2009 as we sat there pinned in our seats? Or has the movie been unfairly dismissed – and ridiculed – over the years? Does it actually hold up upon a rewatch?

That’s what we’re discussing in the latest episode of Rotten Tomatoes Is Wrong (A Podcast from Rotten Tomatoes), asking all the big questions about the one-time biggest movie in the history of the medium. Joining hosts Jacqueline Coley and Mark Ellis this week is the actor, comedian, and host you know as the Swaggy Blerd, Winston A. Marshall (write it in Papyrus, please). There will be defenses, smackdowns, a deep dive into the ambitious oeuvre of Cameron, and musings about the sequels we’re about to get – whether we want them or not.