Was moving the action to Manhattan and upping the "ow"-factor enough to justify a second Home Alone movie? We're tossing bricks and taking names in the latest ep of our podcast. 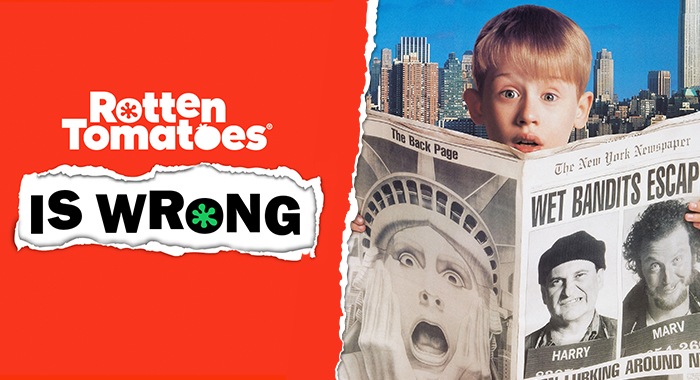 You know the lines. (“Kevin!”) You know the scenes. (Bricks!). You know the characters. (Pigeon Lady!). But did you know Home Alone 2: Lost In New York, a modern-day Christmas favorite, is Rotten on the Tomatometer? Cue: Hands on face – mouth agape.

What did the critics object to, exactly? According to many reviews at the time, simply moving the action – and Kevin McCallister (Macaulay Culkin) and the Wet-now-Sticky Bandits – from the suburbs of Chicago to the streets of Manhattan wasn’t quite enough to justify this sequel’s existence. Almost scene-for-scene, from the family losing Kevin in the airport to Kevin meeting a scary stranger who is more than they appear, Home Alone 2 plays exactly like Home Alone, and for many that wasn’t enough. And then there was the violence: Critics slammed the movie for its brutality, which felt more Freddy Krueger than Road Runner the second time around – and to be fair, the grand finale, set in a Manhattan brownstone, featured enough bricks and paint cans and traps to kill Marv (Daniel Stern) and Harry (Joe Pesci) many times over.

Too much of the same thing or just enough of a good thing? Too violent or brilliantly brutal? Sickly saccharine or expert bringer of the Christmas feels? Joining hosts Jacqueline Coley and Mark Ellis this week to break down Home Alone 2 in our latest episode of Rotten Tomatoes Is Wrong is Rotten Tomatoes Editor-in-Chief Joel Meares, who is, let’s just say, a fan of this film – extreme violence, extreme repetition and all. Will he convince us that Lost In New York is more masterpiece than miss? Tune in to find out.