With an army of fans singing its praises, we're asking if the barely Fresh cyborg flick is a better model than critics gave it credit for. 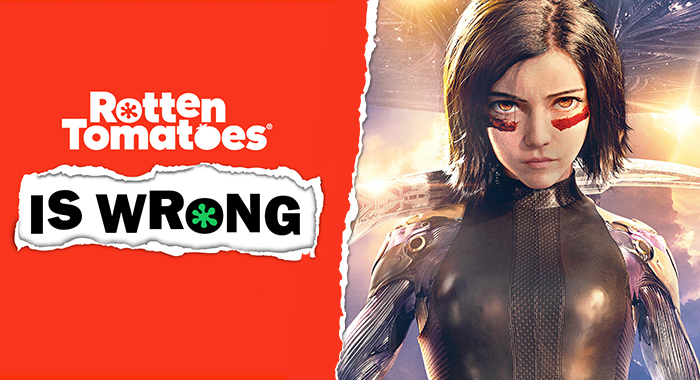 The long-in-production sci-fi epic Alita: Battle Angel was something of a box office fizzer when it opened on Valentine’s Day, 2019. But since its muted theatrical run, the Robert Rodriguez film – based on a popular early-’90s manga and produced by James Cameron, who was originally set to direct – has gotten a lot of love from fans.

Those rabid fans have not been afraid to slap us at Rotten Tomatoes around over the last two years, letting us know we definitely got the movie’s score – 61% on the Tomatometer – wrong. (The Audience Score, by contrast, sits at 92%.) While critics almost universally praised the movie’s groundbreaking special effects and the lead performance of Rosa Salazar as the warrior kinda-android, they were less enamored with the story and script. Fans, on the other hand, point to the world-building, killer action sequences, and a surprising amount of heart to suggest this cyberpunk action fantasy has been sorely underrated.

And yes, they’re demanding a sequel.

Who got Alita: Battle Agent right: The lukewarm critics or the red-hot fans? That’s what we’re asking in the latest episode of our podcast, Rotten Tomatoes Is Wrong. Joining hosts Mark Ellis and Jacqueline Coley to break down everything from the incredible action sequences and divisive script to the years of production hell that preceded its release and the James Cameron of it all, is John Rocha, creator and host of The Outlaw Nation, and Schmoedown legend. Will Alita win over his cold cyborg heart? Tune in to find out.