"Rotten Tomatoes Is Wrong" About... The Holiday 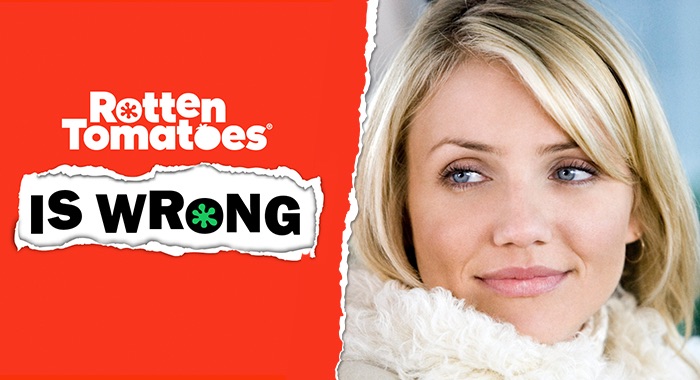 No podcast fans, your ears do not deceive you: It’s August, the country is sweltering, and we – like your local Cracker Barrel gift shop – are rolling out the Christmas things, with a brand-new episode devoted to Nancy Meyers’ house-swap rom-com, The Holiday.

Also, it was the film of choice for a very special podcast guest, but we will get to that in a minute.

If you are one of the rare movie lovers who doesn’t check in with the movie every December, here’s a quick refresher: LA-based movie trailer producer Amanda (Cameron Diaz) swaps her SoCal manse for the Surrey cottage of British journalist Iris (Kate Winslet), both women looking to get away from their day-to-day lives for a holiday. (OK, “vacation” for the Americans.) Each discovers a little something about themselves while away, as well as the potential loves of their lives in the form of Jude Law (for Amanda) and Jack Black (for Iris).

Oh, and Eli Wallach shows up to steal the entire movie as a Golden Age Hollywood screenwriter.

Sounds divine, right? Well, according to critics at the time of its 2006 release, it was a little too divine, with the schmaltz laid on too thickly and the story far too predictable. They slapped the film with a Rotten Tomatometer Score of 49%; fans, on the other land, have grown to love it, and its Audience Score stands at a very lovely 80% Fresh.

One such fan is British actor Billie Piper, who joins us for our latest episode of Rotten Tomatoes Is Wrong to stand up for The Holiday as well as to chat about her debut film as a writer and director, the very un-Holiday-like Rare Beasts, a savage comedy that some critics are calling a nervy and auspicious debut. Will she convince regular RT Is Wrong co-hosts and notorious grinches Mark Ellis and Jacqueline Coley that The Holiday deserves to be a Christmas classic?