"Rotten Tomatoes Is Wrong" About... The Fast and the Furious: Tokyo Drift

It's the franchise detour that became a cult favorite and delivered one of the Fast series' most beloved characters – #JusticeForHan! – but is this tale of a gaijin among the drift kings actually good? 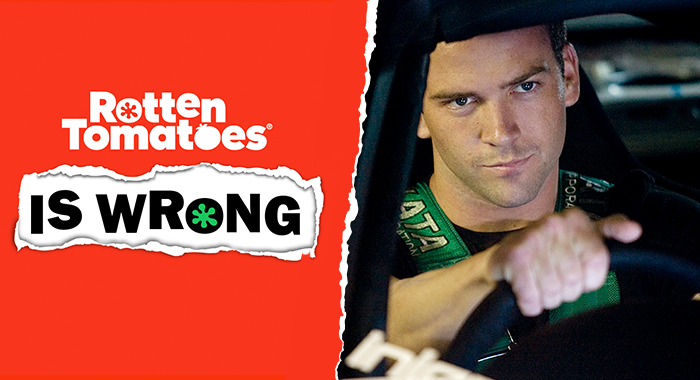 Once known as the red-headed stepchild of the Fast and Furious franchise, a kind of strange pit stop that lacked the series’ main stars and failed to rev up the box office, Tokyo Drift has come to be seen in a much different light in the 15 years since its initial theatrical release. It has developed a cult following that argues it is a franchise high point; director Justin Lin has gone on to direct four more Fast installments; and it eventually became so influential that many of its main characters were brought back into the fold and the entire series’ timeline was shifted to accommodate them.

Of course, it also has the Han factor. Sung Kang’s charismatic turn as Han Lue, who first appeared in Lin’s indie hit Better Luck Tomorrow and acts as a mentor to Sean Boswell (Lucas Black) in Tokyo Drift, was so undeniably standout that many felt he should have been the film’s central character. No surprise then that despite his death in the movie, the Fast gods found ways to bring him back… and then accidentally antagonized the fan base when they turned the man responsible for his death into a hero, a decision that kicked off a #JusticeForHan online campaign and ensured that Jason Statham’s Deckard Shaw would never be accepted by at last one corner of the Fast fanbase.

So, Tokyo Drift has, like some shoddily souped-up car that no one gave a chance, somehow raced to the front of the Fast pack in many fans’ hearts over the years and changed the trajectory of a multi-billion-dollar franchise. And calls for #JusticeForHan look to be answered with Kang’s return in the latest film, F9, releasing later this month. But is The Fast and the Furious: Tokyo Drift actually… good? Does it deserve its swelling cult status?

That’s what we’re asking in the latest episode of our podcast, Rotten Tomatoes Is Wrong (A Podcast from Rotten Tomatoes) in which co-hosts Jacqueline Coley and Mark Ellis are joined by Los Angeles Times film reporter Jen Yamato, a diehard Tokyo Drift fan who amplified the #JusticeForHan cause and has written about it in the pages of her paper. Yamato is also co-host of the acclaimed Asian Enough podcast, which has featured guests like Vice President Kamala Harris, filmmaker Lulu Wang, and, of course, Sung Kang.