10 TV Shows Worth Binge-Watching in May

As the old saying goes, April showers bring May binge-watching, and you have plenty to choose from this month. From the sweeping gangster epic Boardwalk Empire now on DVD to the zippy tech drama Halt and Catch Fire returning for season two, you can be sure to never glimpse a single petal of those May flowers!

What it is: At the dawn of Prohibition in 1920, Atlantic City treasurer Enoch “Nucky” Thompson (Steve Buscemi) finds a new way to make a quick buck — bootlegging. Not one to do things on a small scale, Nucky builds a criminal empire that stretches from the shores of Atlantic City to Boston, New York and even Chicago — leaving piles of bodies, stacks of cash, wrecked lives, and bottles of booze in his wake.

Why you should watch it: With the final season — and complete series — out on DVD & Blu-ray, as well as on streaming services, now is the perfect time to catch up on one of the most critically acclaimed shows of the last decade.

Where to watch: Amazon Prime, Vudu, Google Play, iTunes, HBOGo, and on DVD/Blu-ray.

What it is: Michael Sheen and Lizzy Caplan star as William H. Masters and Virginia Johnson in this biographical series on the pioneers of sex science. Dr. Masters’ highly controversial study relies on volunteers willing to have sex while being monitored. Virginia Johnson is a former nightclub singer and university student who becomes his assistant. Soon, they become enthusiastic participants in their own research.

Why you should watch it: Season two comes out on DVD on May 5, so you have plenty of time to get caught up before season three returns to Showtime on July 12. Both Michael Sheen and Lizzie Caplan are captivating in their roles of Masters and Johnson. There are also stand-out performances by the supporting players, including an especially moving subplot featuring Beau Bridges and Allison Janney.

Where to watch: Both seasons are streaming on Showtime Anytime, Amazon Instant Video, Google Play, iTunes, PlayStation, Xbox Video, and Vudu. Season one is available on DVD and Blu-ray, and season two will drop May 5.

What it is: Following a genocidal attack by a robotic race known as the Cylons, the last remaining humans in a distant star system set out to find a lost planet known as Earth in order to resettle.

Why you should watch it: If you never caught this deeply thoughtful sci-fi drama during its original run, you’re in luck because the entire series comes out on Blu-ray on May 12. Battlestar not only benefits from its eye-catching outer space setting but also tackles complicated philosophical issues, and its clever writing and strong cast translate into a much more grown-up experience than the original 1978 series that inspired it.

Where to watch: A new complete series Blu-ray box set will be available at your local retailers on May 12, but if you can’t wait, you can rent episodes on Amazon Instant Video, iTunes, Vudu, and Google Play.

What it is: El Paso Police detective Sonya Cross (Diane Kruger) teams up with Ciudad Juárez detective Marco Ruiz (Demián Bichir) to solve a bizarre murder along the U.S.-Mexico border. She’s got Asperger syndrome, he’s got a host of personal problems, and they each have very different approaches to law enforcement.

Why you should watch it: A police procedural loaded with haunting atmosphere and a fantastic collection of odd personalities on various sides of the drug trade, The Bridge overcame its intriguing-but-uneven first season to become one of TV’s weirdest cop shows — maybe a little too weird, since it was cancelled after its second season aired. Season two hits DVD and Blu-ray May 5, and if you’re in the mood for a different type of crime thriller, you’d be hard-pressed to find anything quite as off-kilter and darkly funny as this.

Where to watch: Vudu, Xbox Video,

Google Play, and Amazon, and DVD and Blu-ray.

What it is: In 1983, a former IBM executive (Lee Pace) and his team are trying to grab a piece of the burgeoning PC market by building a knock-off of their own.

Why you should watch it: This Certified Fresh drama, returning to AMC for a second season on May 31, brings the ’80s to life with feisty performances by Pace, Mackenzie Davis, and Scoot McNairy, who elevate a dry subject to highly bingeable show. Plus, there are some pretty great period details — be on the look-out for digital watches, big glasses, and high-waisted pants!

What it is: Supernatural events begin to spook a small town’s residents when a giant transparent dome suddenly appears overhead and traps them within.

Why you should watch it: It’s based on a Stephen King novel and produced by Steven Spielberg, so it boasts a pretty hefty pedigree. If you like survival stories and examinations of the human condition, you’ll want to catch up on this series before it returns for its third season on June 25.

Where to watch: Both seasons are streaming on Amazon Instant Video and Amazon Prime, CBS All Access, and iTunes, as well as DVD and Blu-ray.

What it is: Criminal profiler Will Graham (Hugh Dancy) assists the FBI in apprehending serial killers, but as the job begins to eat away at his mental health, he starts meeting with therapist Dr. Hannibal Lecter (Mads Mikkelsen), a cannibal who murders rude people and serves them at fancy dinner parties.

Why you should watch it: Season three of the critically acclaimed show is back June 4 on NBC and there isn’t anything quite like Hannibal on television. It’s a crime procedural and a psychological thriller, filled with horror and just the right dash of romance and comedy.

Where to watch: Both seasons are currently streaming on Amazon Prime, , Vudu, HuluPlus

, iTunes and on DVD/Blu-ray.

What it is: Former baseball pitcher and alcoholic Sam Malone (Ted Danson) takes ownership of Cheers, a neighborhood Boston bar, working with and serving some of Boston’s funniest personalities.

Why you should watch it: Cheers is a sitcom favorite that ran 11 seasons long (and spun off into Frasier for another 11 years). At the time, its fresh and sarcastic brand of comedy amused fans consistently while its lovable cast of characters became household names throughout its long, successful run. Cheers still holds up today as one of America’s best long-running sitcoms.

Where to watch: The entire series is being released on DVD/Blu-Ray on May 5. Each season is available for streaming on Hulu Plus, Netflix, iTunes and Vudu. Seasons one through nine can be found on Amazon Instant Video, while Xfinity has made the first season available.

Commitment: Approximately 115 hours (including a couple of anniversary specials).

What it is: A young midwife in the 1950s joins an order of nursing nuns at Nonnatus House, a clinic in London’s East End. With an assignment she wasn’t expecting, Nurse Jenny Lee jumps in with both feet (and many receiving blankets), attending to destitute mothers and parents-to-be within harrowing surroundings.

Why you should watch it: Vanessa Redgrave’s narrative voice-over as the elder version of Jenny Lee hooks us immediately. What keeps us on that hook are the midwives, who do amazing, surprising, life-changing work without recognition. It’s extra exciting to remember that these stories are based on true memoirs. As an engaging period presentation with lighthearted humor and heavyhearted drama, Midwife delivers.

What it is: Comedian and podcast king Marc Maron plays a lightly fictionalized version of himself, a painfully honest, hopefully neurotic funnyman.

Why you should watch it: Maron is the perfect follow-up for those who have watched Louie, Seinfeld, and Curb Your Enthusiasm. The lengthy roster of guest stars that includes Sarah Silverman, Conan O’Brien, David Cross, Amy Poehler, and Denis Leary, is pretty great too. And with new episodes coming to IFC May 14, now is the perfect time to watch seasons one and two (and also check out Maron’s WTF podcast).

Where to watch: Both seasons are available to stream on Amazon Instant Video, Google Play, iTunes, Netflix, and Xbox Video.

Which of these shows would you recommend to a friend? Let us know in the comments section below! 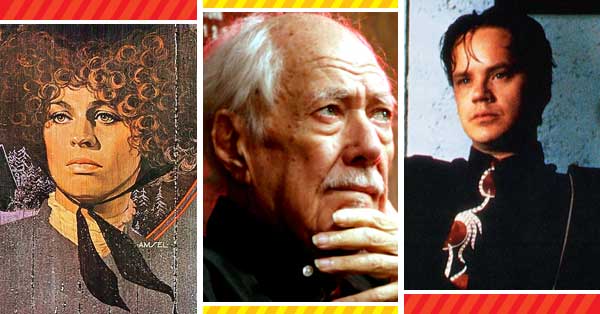 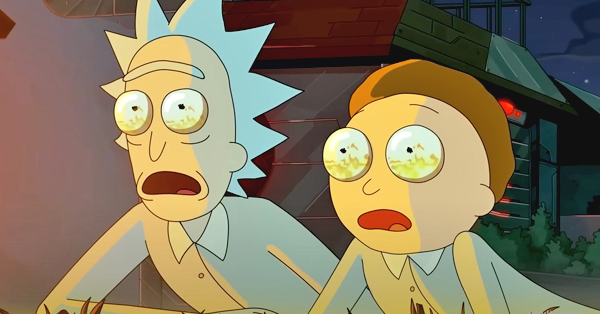 10 TV and Streaming Shows You Should Binge-Watch This September 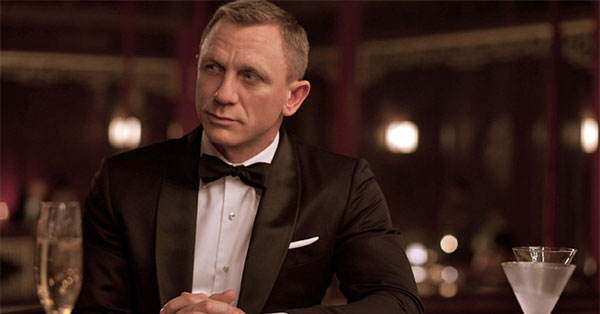