Mark Hamill’s long-awaited return to active duty as Luke Skywalker is the big story for Star Wars fans heading out to see The Last Jedi this weekend, but he’s far from the only talented member of the cast — and to prove it, we’re taking a look at some of the other fine features credited to the members of this installment’s ensemble. Unfortunately, some Last Jedi stars are just too new to include (all apologies, Kelly Marie Tran!), but with the saga showing no signs of stopping, we’ll no doubt end up adding their later films to this list after Star Wars sequels to come. It’s time for Total Recall! 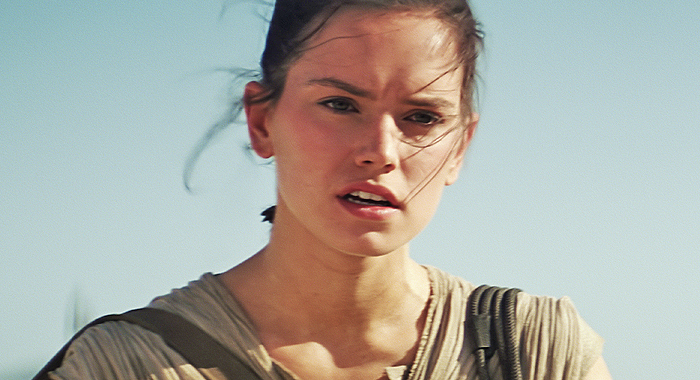 Is it cheating to fall back on The Force Awakens for Daisy Ridley’s entry on our list? Well, maybe — but it was only a couple of years ago that she made her big breakthrough in this movie, and she hasn’t had a ton of time to do much else since. Ms. Ridley isn’t the first previously unknown actor to skyrocket out of obscurity in a blockbuster film, but few have carried the weight of a massive franchise so gracefully; once she’s done with the Star Wars saga, her performance as Rey suggests we’ll be seeing a lot of her for years to come. “Han Solo is back,” Pete Hammond wrote of the franchise’s long-awaited seventh installment, “but it is Daisy Ridley’s Rey that is the heart of The Force Awakens. She’s a keeper.” 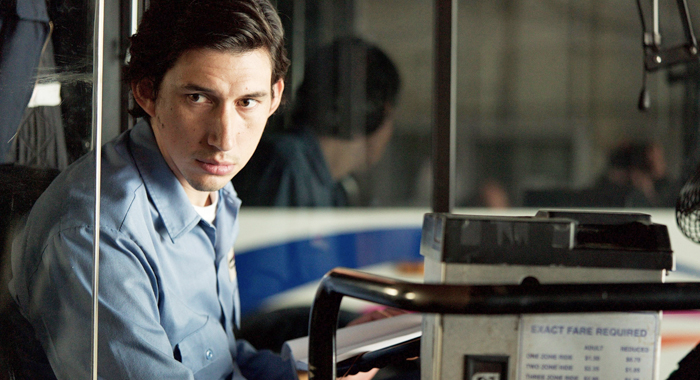 Adam Driver’s performance as Ben Solo, a.k.a. Kylo Ren, is appropriately over the top for a character grappling with internal conflict as he stands at the forefront of a movement poised to reshape the entire galaxy. He can be still and centered when the material calls for it, however — as exemplified by Paterson, Jim Jarmusch’s gently unfolding drama about a poet who supports himself as a bus driver while resisting his wife’s encouragement to publish his work. It’s the type of film that may not have a lot going on in terms of plot, but has a lot to say to viewers quiet enough to listen, and Driver’s work in the title role is a big part of what makes it so gratifying. As Tom Keogh wrote for the Seattle Times, “Driver’s performance as an uncertain man getting through the day-to-day prosaic, quietly buoyed by passion and artistic commitment, is exquisite.” 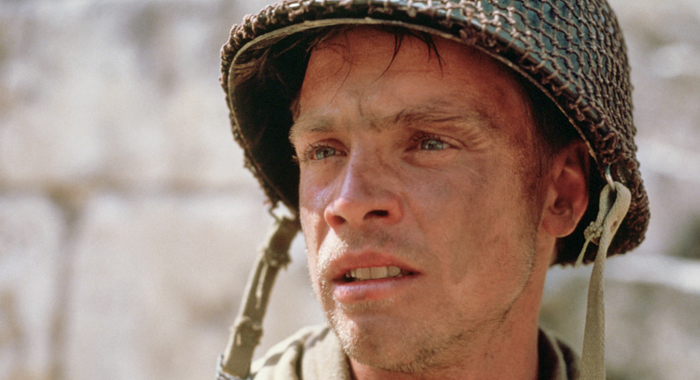 As far as generations of filmgoers are concerned, Mark Hamill is Luke Skywalker — and maybe the voice of the Joker too, during his downtime from a galaxy far, far away. But his acting gifts encompass more than just a Jedi and/or the Clown Prince of Crime, and 1980’s The Big Red One offers compelling proof. This World War II drama from director/co-writer Samuel Fuller, inspired by Fuller’s own experiences on the front lines, combines the talents of a solid ensemble cast led by Lee Marvin — and including Hamill, who plays a gifted yet reluctant sharpshooter. “The cast smartly underplays things, with Marvin being as charismatic as usual playing a man of few words,” wrote Jeff Vice for the Deseret News. “And Hamill, an actor given to over-the-top outbursts, reins it in here; this may be his best big-screen performance.” 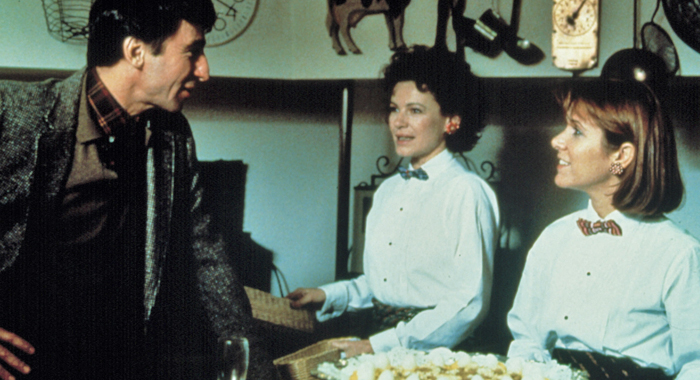 From the moment A New Hope hit, Carrie Fisher was forever linked with Princess Leia, but to her credit, she flat-out refused to be pigeonholed. In addition to an impressive career as an author and playwright, she spent years as one of Hollywood’s most in-demand script doctors — and that’s all while managing to turn in reliably scene-stealing supporting appearances in a handful of non-Star Wars classics. Take, for example, Fisher’s work in Woody Allen’s Hannah and Her Sisters, an Oscar-winning box office triumph that found the writer-director weaving together the lives and loves of mid-’80s Manhattanites with an ensemble that also included Barbara Hershey, Michael Caine, Dianne Wiest, and Mia Farrow. “Allen’s writing and directing style is so strong and assured in this film that the actual filmmaking itself becomes a narrative voice,” wrote Roger Ebert. “Just as we sense Henry James behind all of his novels, or William Faulkner or Iris Murdoch behind theirs.” 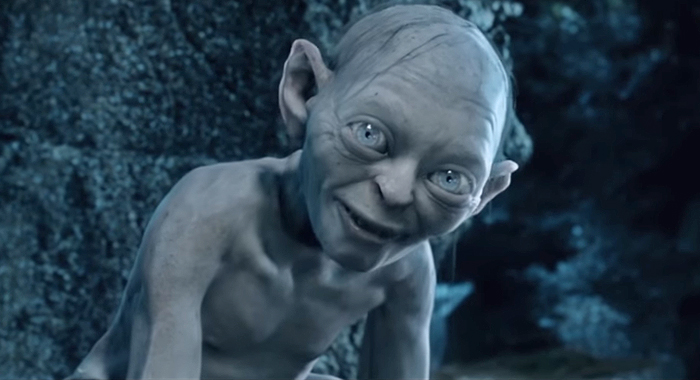 Andy Serkis is Hollywood’s reigning king of motion capture, with services so in demand that actually seeing his face onscreen is fairly rare; for every straight up live-action role like the MCU’s Ulysses Klaue, there’s a blockbuster production asking him to play a mo-cap creation like King Kong, Caesar in the recent Planet of the Apes trilogy, or nasty old Supreme Leader Snoke. It all started with Serkis’ boundary-shattering performance as Gollum in Peter Jackson’s Lord of the Rings trilogy, which used cutting-edge technology — and Serkis’ dramatic gifts — to imbue the character with shockingly lifelike movements and expressions. “Andy Serkis’s work in creating Gollum deserved an honorary Academy Award,” wrote Nick Rogers of Suite101. “His gestures and voice, not computer software, make Gollum so memorable as he wrestles with his inner homicidal maniac. A soaring, searing tale of wonderment.” 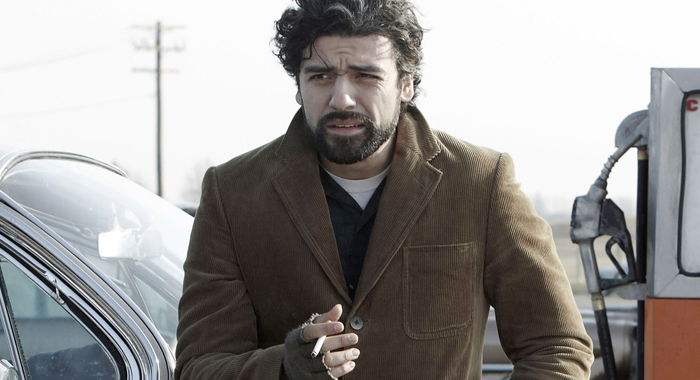 Oscar Isaac scored some notable roles early in his film career, including appearances in Sucker Punch, The Bourne Legacy, and Ridley Scott’s Robin Hood. They were all just a warmup, however, for the major coming-out party he threw for himself with Inside Llewyn Davis. Starring as the titular ’60s folk singer in this acclaimed Coen brothers comedy, Isaac inhabited one of the less likable protagonists in recent memory — but even as Llewyn made a mess of his life and alienated friends, acquaintances, and enemies with equal aplomb, he remained relatable on some level, largely thanks to the actor’s judgment-free portrayal. “The film’s centerpiece,” wrote Joe Morgenstern for the Wall Street Journal, “is Mr. Isaac’s phenomenal performance.” 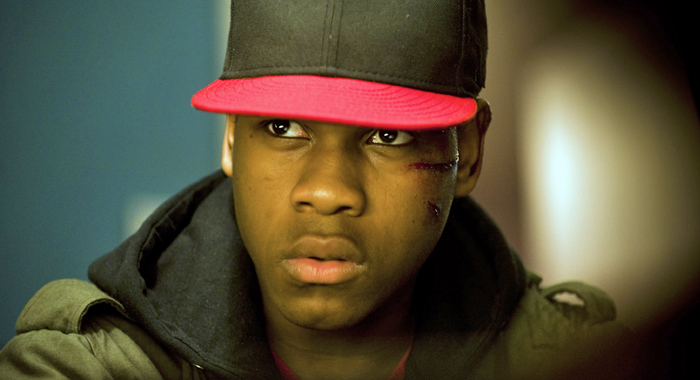 Before he traveled to a galaxy far, far away — and was conscripted into the First Order as the stormtrooper-turned-Resistance hero Finn — John Boyega had a very different type of extraterrestrial experience in 2011’s Attack the Block. A sci-fi action thriller from director Joe Cornish, Block imagines what might happen if aliens invaded a rough part of London, unwittingly wedging themselves into the ongoing conflict between local gangs, law enforcement, and ordinary citizens just trying to live peaceful lives — all of them willing to take extreme measures to protect what’s theirs. Not even in his 20s when the movie was released, Boyega amassed an impressive assortment of award nominations for his portrayal of a gang leader, setting up the worldwide breakthrough he’d enjoy just a few years later as Finn. As Leah Rozen wrote of Attack the Block for TheWrap, “This spunky, low-budget British action-comedy proves once again that a smart script can breathe new life into even the most tired of subjects.” 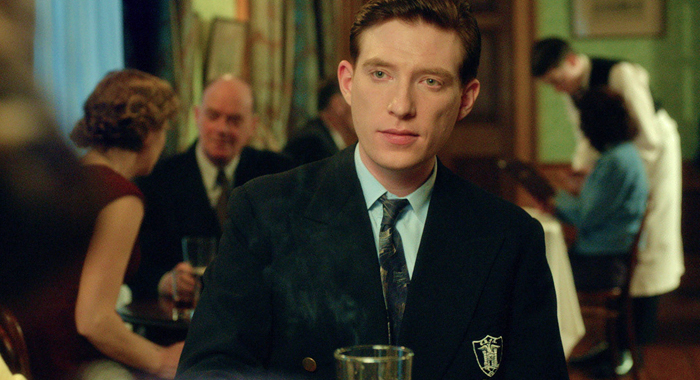 For a guy who isn’t yet quite a household name, Domhnall Gleeson has racked up a pretty impressive string of appearances in acclaimed films. From Never Let Me Go to the Harry Potter franchise and the Coen brothers’ True Grit remake, he displayed an uncommon early knack for picking film scripts, and that’s only continued — in 2015, he joined the Star Wars saga as the villainous General Hux while also landing roles in Ex Machina, The Revenant, and Brooklyn.  The latter effort proved Gleeson didn’t need magic, space battles, or AI to keep an audience’s interest; playing the thoroughly decent Jim Farrell, a prospective love interest for Saoirse Ronan’s Eilis Lacey, he helped add an extra dash of romantic angst to this Oscar-nominated period piece’s heart-tugging story. “Brooklyn is a story for anyone who has ever left home,” wrote Lindsey Bahr for the Associated Press. “It’s a story for those who’ve waffled in indecision, for those forming their identities and forging their own paths. And it’s one of the loveliest films to grace cinemas this year.” 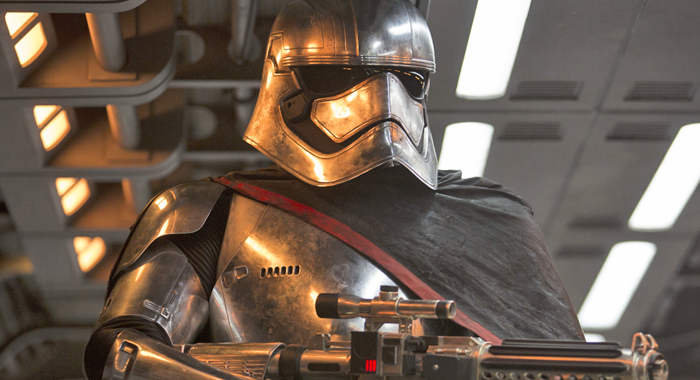 It may seem crazy to those of us who’ve seen her slay (literally) as Brienne of Tarth on Game of Thrones, but Gwendoline Christie really doesn’t have much of a filmography to speak of — before breaking out as Captain Phasma in The Force Awakens, she was briefly seen in The Imaginarium of Doctor Parnassus, The Zero Theorem, and The Hunger Games: Mockingjay – Part 2. But as anyone who’s seen Christie’s work knows, she has quite the commanding presence onscreen — and she can steal scenes even when her face is hidden behind a chrome helmet. Relive Phasma’s debut this weekend, and prepare to see Christie’s name in the credits of many features to come. 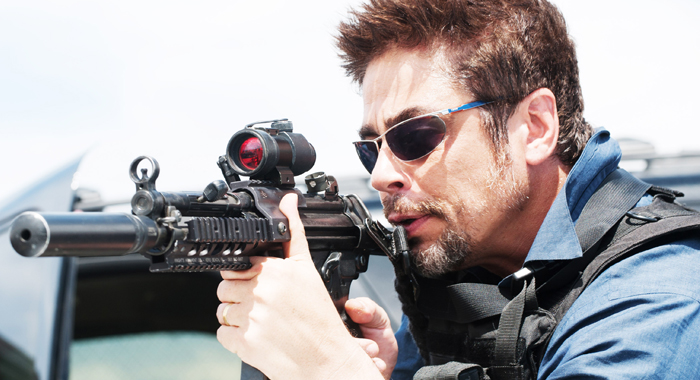 Some actors come to Star Wars looking for their first major role; for others, it’s a cool franchise stop in a career that already had plenty of its own momentum. With scads of other roles (and an Oscar) to his name, Benicio del Toro falls firmly in the latter camp — from his debut as Duke the Dog-Faced Boy in Big Top Pee-wee to classics like The Usual Suspects and beyond, a person could keep their queue busy with nothing but his movies for days at a time. If you want to start at the top, begin your Benicio binge session with 2015’s Sicario, a harrowing crime thriller from director Denis Villeneuve (working from a script by Taylor Sheridan) about United States federal agents working to bring down a Mexican cartel. As a member of the team with seemingly questionable loyalties, del Toro adds an extra layer of tension to the story — and drew acclaim from critics like the Las Vegas Review-Journal’s Christopher Lawrence, who wrote, “Then there’s Del Toro’s turn as Alejandro. Simultaneously tragic and terrifying, it’s the type of subtly menacing star turn that should keep him busy throughout awards season.” 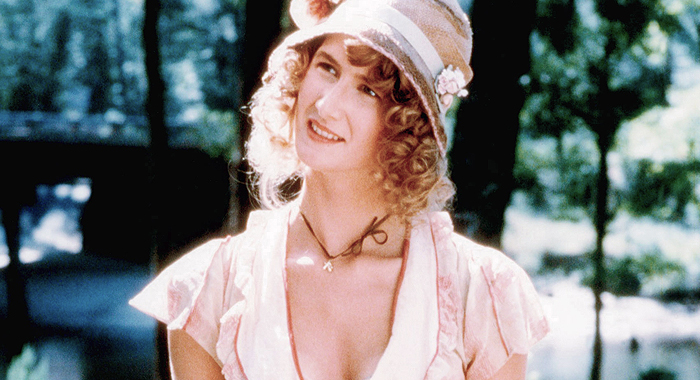 Lots of people have known for a very long time that Laura Dern is an incredible talent — in fact, she was only in her early 20s when she picked up an Oscar nomination for her work in the title role of Rambling Rose. Dern’s dramatic chops might be in her genes — her Rose Oscar nomination came alongside one for her mother Diane Ladd, who had a supporting role in the movie — but she’s definitely made a name for herself over the course of a screen career that spans decades and shows no signs of slowing down. (Earlier this year, in fact, she won an Emmy for her work in HBO’s Big Little Lies.) Few could have truly foreseen the type of career Dern would create for herself after Rambling Rose was released, but she wowed more than a few critics with her portrayal of a woman who finds acceptance with a rural Georgia family after fleeing a life of forced prostitution. “Dern accomplishes her effects so invisibly and with such graceful ease that her skills may be under-appreciated, but pay attention,” wrote Hal Hinson for the Washington Post. “This is a spectacular actress arriving at the very peak of her talents.” 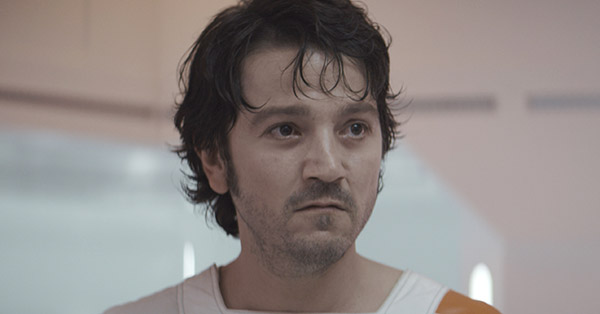