All Jurassic Park and World Movies Ranked by Tomatometer

Jurassic Park was a next-gen leap in the evolution of the Hollywood blockbuster, combining the high concept of man versus dinosaur with CGI, practical effects, and Steven Spielberg’s unmatched yet still growing directing prowess. Throw in some fleshed-out characters and a clever script dipped in the amber of moral and ethical quandary, and no wonder Jurassic Park became the highest-grossing film ever upon release in 1993. 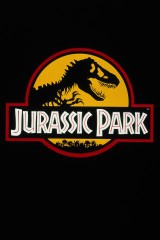 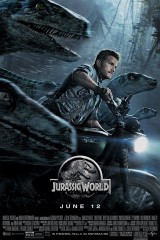 #2
Adjusted Score: 84401%
Critics Consensus: Jurassic World can't match the original for sheer inventiveness and impact, but it works in its own right as an entertaining -- and visually dazzling -- popcorn thriller.
Synopsis: Located off the coast of Costa Rica, the Jurassic World luxury resort provides a habitat for an array of genetically... [More]
Starring: Chris Pratt, Bryce Dallas Howard, Irrfan Khan, Vincent D'Onofrio
Directed By: Colin Trevorrow
#3 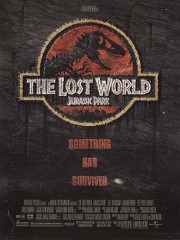 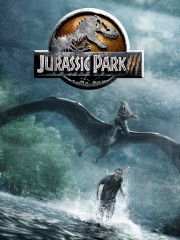 #4
Adjusted Score: 55898%
Critics Consensus: Jurassic Park III is darker and faster than its predecessors, but that doesn't quite compensate for the franchise's continuing creative decline.
Synopsis: After being persuaded by a wealthy businessman to conduct an aerial tour of Isla Sorna, InGen's second site for a... [More]
Starring: Sam Neill, William H. Macy, Tea Leoni, Alessandro Nivola
Directed By: Joe Johnston
#5 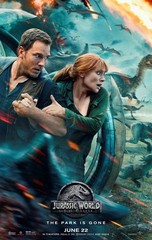 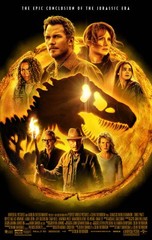 #6
Adjusted Score: 45466%
Critics Consensus: Jurassic World Dominion might be a bit of an improvement over its immediate predecessors in some respects, but this franchise has lumbered a long way down from its classic start.
Synopsis: This summer, experience the epic conclusion to the Jurassic era as two generations unite for the first time. Chris Pratt... [More]
Starring: Chris Pratt, Bryce Dallas Howard, Laura Dern, Jeff Goldblum
Directed By: Colin Trevorrow