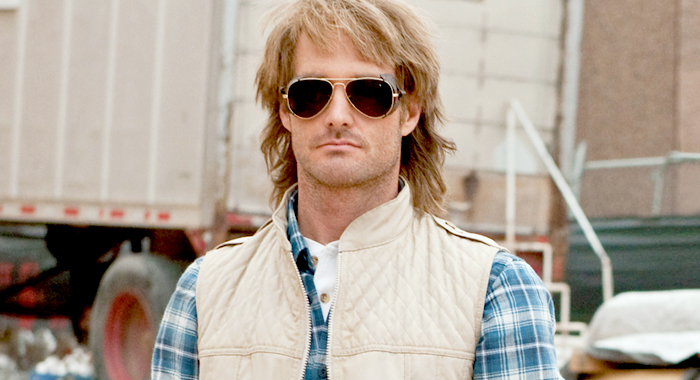 In late-summer of 2009, director Jorma Taccone and co-writer/star Will Forte traveled to Albuquerque, New Mexico to begin shooting their $10 million-budgeted film MacGruber, based on a popular Saturday Night Live skit created by Taccone in 2007 that featured a MacGyver-esque doofus repeatedly failing to disarm bombs. The R-rated movie seemed like a sure success based on its tiny budget, inspired casting, and the popularity of Forte’s mulleted “hero,” who had even featured in massive Pepsi Super Bowl ads. The 28-day shoot wrapped without incident, and seven months later Macgruber was released into 2,551 theater screens, only for critics and audiences to react as if MacGruber had personally upper-decked their toilets. Critics throat-ripped the film, which ended up with a Rotten 48% on the Tomatometer, and audiences proved to be as stingy as MacGruber himself, resulting in a $9 million worldwide box office and a theatrical run of about three weeks.

Ten years later, the film has built an audience of die-hard fans who embrace MacGruber’s mission to stop villain Dieter Von Cunth (Val Kilmer) from destroying Washington D.C. The once maligned screenplay by Forte and John Solomon is now appreciated for its flipping of action movie tropes and its borderline psychopathic dedication to making MacGruber as horrible as possible — while still somehow making him likable. The film looks like a $30 million dollar movie because of the inspired work by cinematographer Brandon Trost and production designer Robb Wilson King, and the assured direction by Taccone, who was making his feature debut, is so focused and fearless that it has to be appreciated (his drunk DVD commentary is pretty epic, too).

As MacGruber celebrates 10 years of polarizing audiences, we decided to look back at what makes it such a beloved cult classic.

ITS BOX OFFICE FAILURE WASN’T SURPRISING, BUT NEITHER IS ITS CULT STATUS 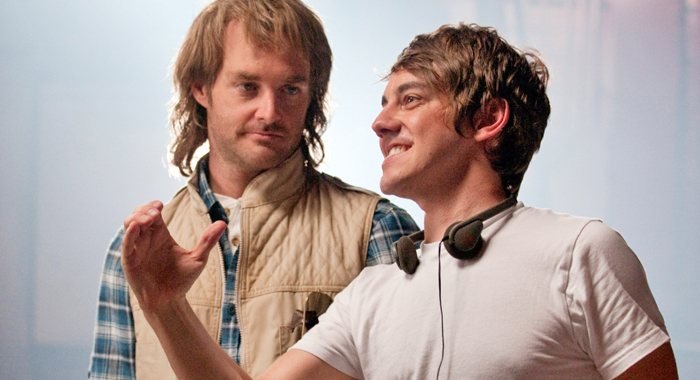 Looking back at MacGruber now, Taccone, Forte, and Solomon couldn’t have believed that their hilariously aggressive R-rated comedy would be as successful as other SNL-based films like Wayne’s World or The Blues Brothers. They were asking summer movie audiences to embrace a profane movie best suited for midnight screenings and home viewings courtesy of the cool friend who let you borrow the DVD. It didn’t feature any A-list stars, it earned poor critical and audience (C- Cinemascore) reviews, and it was sandwiched between $100+ million earners Iron Man 2, Shrek Forever After, Sex and the City 2, and Robin Hood.

MacGruber also features one of the most unlikable, insecure, and chauvinistic protagonists — which was the joke — ever put on screen. Unsuspecting audiences expecting an SNL farce were treated to moments like MacGruber urinating on the charred corpse of his nemesis and sex scenes punctuated by grunting and sweating with pliers and a ghost. These rough edges chased off the majority of the film’s viewers but were embraced by a loyal audience who were able to get on the film’s wavelength.

Will Forte’s MacGruber follows in the footsteps of other oddball cult characters like Jack Burton (Big Trouble in Little China), The Dude (The Big Lebowski), and Ash Williams (particularly in Army of Darkness), who initially threw audiences for a loop but became fan favorites years later when people began to realize how amazing they were. Between its disappointing box office results, middling Tomatometer score, and divisive comic sensibilities, MacGruber is the perfect example of a cult classic.

WILL FORTE WAS 100% COMMITTED TO THE ROLE

There’s a moment in MacGruber when his teammates Vicki Gloria St. Elmo (Kristen Wiig) and Lt. Dixon Piper (Ryan Phillippe) are being shot at by mercenaries, and a distraction is necessary. Rising to the occasion, MacGruber pulls down his pants, shoves a stalk of celery in his posterior (Forte’s mom was on set that day), and prances around to draw attention away from his partners. His plan works, the bad guys are wiped out by Piper, and MacGruber takes credit for the kills (classic MacGruber). What makes the scene work is that there’s no winking at the camera or goofy caricature; Forte plays MacGruber totally straight. It’s this commitment that allows him to pull off the kind of moment when MacGruber explains exactly how far he’s willing to go to enlist Lt. Piper’s help. You believe his desperation, hubris, and sadness, and that’s what makes him unique.

Will Forte fully inhabits the 54-year old character (someone did the math), who has no problem crying, pleading, or getting naked in a cemetery to have loud sex with the ghost of his wife. Forte somehow finds a way to make MacGruber nuanced enough for us not to hate him, but also not quite likable enough for us to admire him. The guy is a complete idiot who uses his teammates as human shields, and he doesn’t understand why Von Cunth — his former best friend — hates him after he stole his fiancée and convinced her to abort his child (pretty dark for an SNL movie, right?). Despite all of that, MacGruber actually gets things done (albeit usually in a roundabout or incorrect way); he rips throats, defuses bombs, and gets revenge on KFBR2392 (Forte actually wrote out all of the KFBR2392 doodles in his notebook).

Forte does everything in his power to make the character look bad onscreen, and we appreciate that effort. It takes someone who is committed to the role and doesn’t mind looking stupid in the process, which is admirable in its own way and frequently priceless in comedy.

“Our budget was not huge, and as a result of that, we were kind of given free rein to do whatever the hell we wanted to do, which was really exciting.” –  Will Forte,  A.V. Club, 2010

One benefit of a miniscule budget (for a modern-day, wide-release film) is that there aren’t many studio notes to consider or nervous executives lingering around. Nowadays, $10 million is probably the budget for a Marvel movie’s craft services alone, and since Taccone and crew were able to stay on schedule and complete each day’s shot list, they further avoided more eyes on the project. They took that freedom and created an action film with moments so twisted, you don’t know if you should laugh. MacGruber’s monologue about how he met his deceased wife is jaw-dropping, and it’s told in such a matter-of-fact way that it takes a moment for the joke to register. Even Ryan Phillippe’s disgust is so subtle that it doesn’t immediately clue you in to the fact that it’s supposed to be funny. That’s the occasional brilliance of MacGruber.

The finale of the film sees Mac engaging in a super violent confrontation with Von Cunth. At first, MacGruber is only too eager — as he has been for the entire film — to cut off Von Cunth’s penis and shove it down his mouth. But when Mac realizes the appendage in question was blown off in an explosion he himself failed to prevent, he pushes Von Cunth off a cliff, shoots him with a machine gun on the way down, launches a grenade at his lifeless body, and finally urinates on the flaming corpse. The overkill is exceptional, and even though it’s playing on over-the-top kills in prior action films, the scene is edited so straight that it gives viewers zero catharsis in regards to the villain dying. Taccone and Forte ask the viewer to accept an awful lot of awfulness and doesn’t apologize for it, because MacGruber the rare film that really goes for it, consequences be damned.

When we are first introduced to MacGruber, we learn that he faked his death and has been living in Rambo-esque isolation in Ecuador since his fiancée was blown up by Dieter Von Cunth on their wedding day. After Phillippe’s Lt. Piper recalls MacGruber’s past achievements, a child disrespectfully steals MacGruber’s necklace and makes a fool out of him. For the next 85 minutes, the film pumps MacGruber up, only to promptly deflate his hero credentials each time.

Taccone and Forte were inspired by Die Hard, Rambo: First Blood Part II, and Road House,  and they wrote MacGruber as an homage to them. They took the well-known tropes of those films — the heroes are amazing lovers, brilliant with guns, and impossible to kill — and flipped them on their heads. While MacGruber is occasionally successful (he literally can rip throats, remember), his lovemaking is sweaty and loud, he’s afraid of guns, and he rather enjoys having bullet holes in his body.

In the end, MacGruber saves the day, but he blows up his first team of war heroes, uses his comrades as human shields, and puts his crew in dangerous situations that are so frightening they pee their pants. In other words, he’s far from a hero, despite his “heroics,” but that also makes him a rather effective parody of the action stars who preceded him.

THE SUPPORTING CAST IS ACES

After 10 years, the sight of Kristen Wiig disguised as MacGruber or the bearded hitman Hoss Bender is still hilarious. Wiig’s performance as capable agent and talented vocalist Vicki St. Elmo is an absolute delight. It’s an all-in performance that features her screaming loudly in coffee shops and dodging Will Forte’s sweat during their outrageous love scene. The brand of weird self-delusion that she brings to the film serves as the perfect complement to MacGruber’s antics — the two of them seem happily in sync discussing whether Vicki’s going to take a number one or two when she walks off to the bathroom.

On the other hand, Ryan Phillippe’s performance as Lt. Dixon Piper is wonderfully straight-faced, and he’s at his best when he’s listening to MacGruber recall the shocking details of his history with Cunth, his body language subtly communicating the gradual horror that overcomes him. Val Kilmer is also perfectly cast as the pony-tailed Dieter Von Cunth, bringing balance to Forte’s manic energy with his wry delivery and sarcasm. Powers Boothe adds dignity and gravitas to the role of Colonel Faith, and former WWE wrestler Chris Jericho offers a scene-stealing cameo as Frank Korver, a friend of MacGruber who loves hearing his dick jokes.

MacGruber is the star of the show, of course, but without a supporting ensemble who understood the material, the movie couldn’t have worked. That’s why we hope the folks at NBCUniversal have the good sense to recruit the same cast for the MacGruber TV series — co-written by and starring Forte — that was announced earlier this year for the Peacock streaming service. That’s right: Soon you’ll be able to watch the clueless buffoon spout casually offensive lines and blow up his friends every week, and if done right, it could be a lot of fun.

MacGruber was released on May 21, 2010. For another passionate defense of the film, check out our book, Rotten Movies We Love, which celebrates 101 movies from the green end of the spectrum that deserve another look. 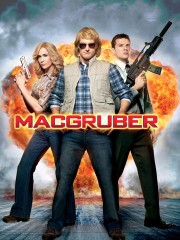 #1
Adjusted Score: 53452%
Critics Consensus: It too often mistakes shock value for real humor, but MacGruber is better than many SNL films -- and better than it probably should be.
Synopsis: In the decade since his fiancee was killed, an Army Ranger, Green Beret and Navy SEAL rolled into one (Will... [More]
Starring: Will Forte, Kristen Wiig, Ryan Phillippe, Val Kilmer
Directed By: Jorma Taccone 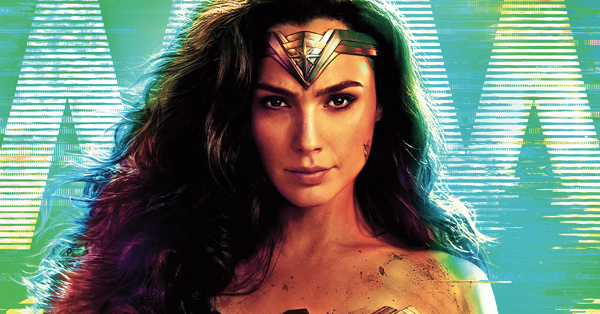 Wonder Woman 1984 First Reviews: A Fun, Feel-Good Romp to End the Year on a High Note