The Game of Thrones prequel isn't meant to rehash the original, of course, but there are ways in which the new series succeeds as a sister series and ways in which it stumbles.

Game of Thrones prequel series House of the Dragon is officially a hit, breaking records as the largest series premiere in HBO history with 10 million viewers across linear and HBO Max platforms in the U.S. on Sunday night.

Spoiler alert: The following reveals details of House of the Dragon episode 1, “The Heirs of the Dragon.” Stop reading if you have not watched the episode and wish to avoid spoilers.

The new series is still based in author George R.R. Martin’s A Song of Ice and Fire fantasy universe, but focuses on a Targaryen civil war prompted by a succession plan put in place by King Viserys Targaryen (Paddy Considine). As seen in episode 1, “The Heirs of the Dragon,” the king bypasses the fictional universe’s law of primogeniture, in which the first male heir inherits the throne, and causes a deadly rift between two family factions.

The world explored in episode 1 is instantly familiar even if it takes place generations before the Westeros that Game of Thrones fans came to know and love. There are differences to be sure: The birthing bed, for one, is the new wedding scene. There are multiple Targaryen dragon riders here. Sadly, there are no wild Stark children running around.

We’re not here for more of the same, of course. So here are four ways House of the Dragon honors the original series and four ways it departs from it.

4 Ways House of the Dragon Honors Game of Thrones’ Legacy 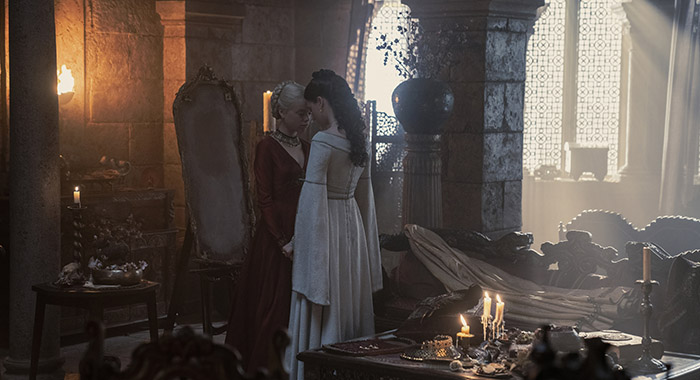 With House of the Dragon, HBO doubles down on the value of creating a detailed world for viewers to lose themselves in. From its costumes and scenery to the forged steel, the series swathes even its darkest corners in breathtaking detail. For good or bad, we also get those bleached wigs on the Targaryens and atmospheric touches that connect the two series. 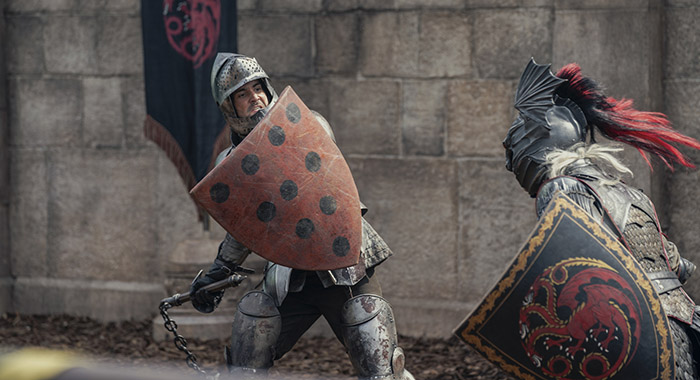 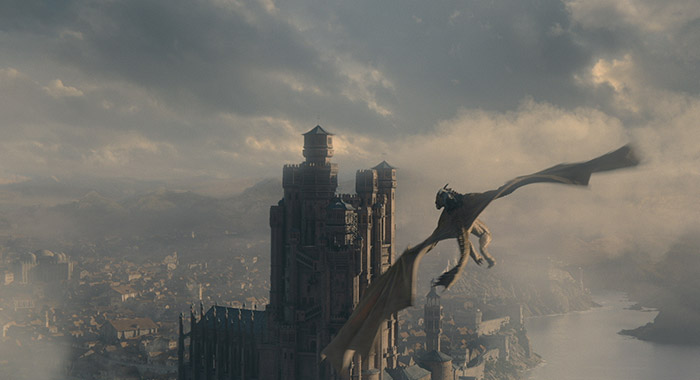 We had to wait a whole season to see our first dragons in Game of Thrones – but it sure was worth it, am I right? Then we slogged through their adolescence on Daenerys’ road trip from hell until that shocking “Dracarys” scene when Khaleesi barbecues slave trader Kraznys mo Nakloz. House of the Dragon, on the other hand, gives us fully grown dragons from its opening scenes, with the promise of 17 in the series overall. Don’t get too attached, however: When Targaryens eventually fight Targaryens, they’ll fight on dragonback. 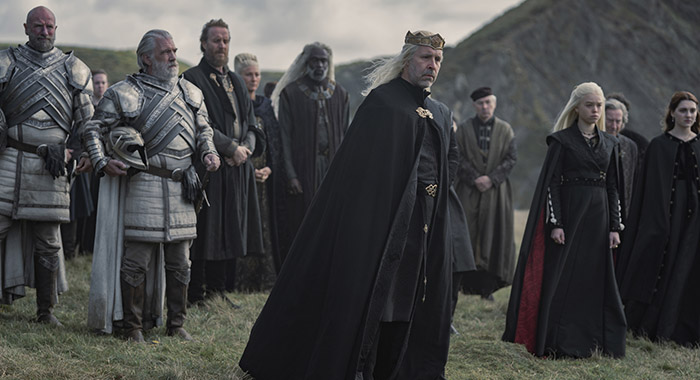 Both series have in common Martin’s deep well of detailed source material. It’s no wonder then that the characters all share such elaborate backstories. What does come as a surprise is that HBO has assembled yet another cast who so fully embody those characters even when faced with so much greenscreen and who deliver earnest performances in a show with such nuanced villainy and flawed heroism. 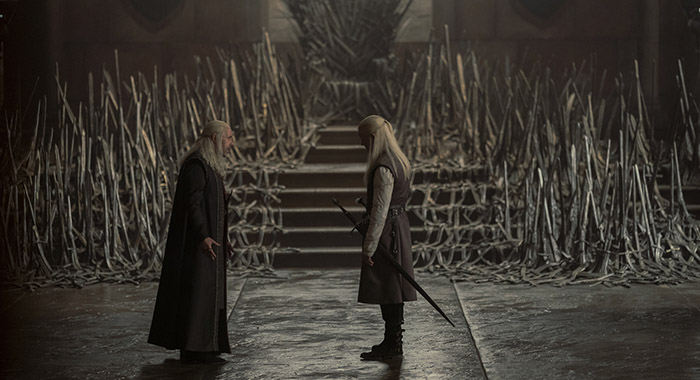 By story design and despite visits to Flea Bottom and the godswood, the intrigue in House of the Dragon (so far) feels somewhat confined to the Red Keep. Fire & Blood book readers know that the action eventually expands across Westeros, but the conflict remains centered on the Targaryen family. There will be no road trips through scenic Essos – as far as we know – and you can feel the loss of it in the very first episode. 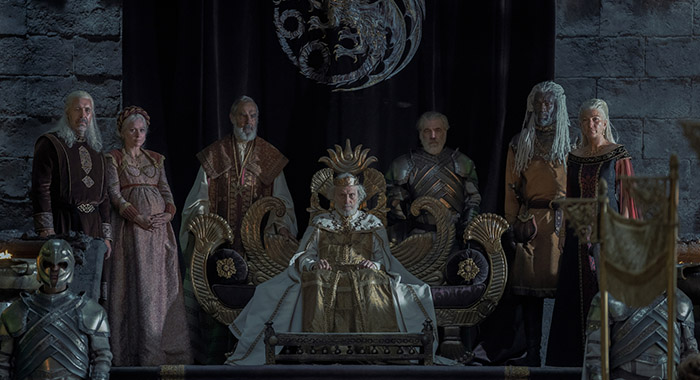 Game of Thrones established the breadth of its storytelling reach within two scenes in episode one, teasing the sprawl to come. To set up the conflict ahead,  House of the Dragon relies on a flashback prologue and voice over that together have all the subtlety of King Robert Baratheon’s war hammer. They’re different stories, of course, with different intentions — much like an Avengers movie is different from a Captain America film (except for Civil War, which was more like an Avengers movie than a Captain America movie). Diehard Game of Thrones fans may miss the languid unfolding pace of the original series. 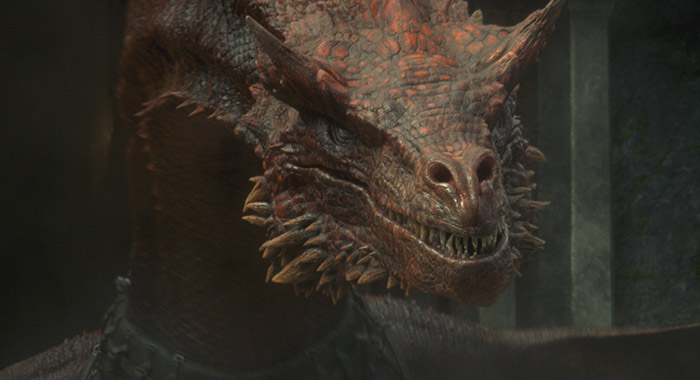 Not all dragon scenes are created equally — to be fair, the same was true for Game of Thrones. When he heard I was writing this piece, my father — like me, a fan of both Martin’s books and the original HBO series — asked me to be kind, because he liked the first episode of House of the Dragon and thinks it succeeds in honoring Game of Thrones while forging its own path. This point is the one that causes me to pause and think of his request, because so much goes into rendering this beautiful fantasy, and the artists have my deepest respect. But when the cityscapes look borrowed from an Assassin’s Creed game, an occasional scaled muzzle appears not fully formed from one perspective, or an imbalance of light momentarily turns a beast into a thrashing mass superimposed on the scene, the spell is broken. The dragon is in the details.

4. Some of the Magic Feels Lost 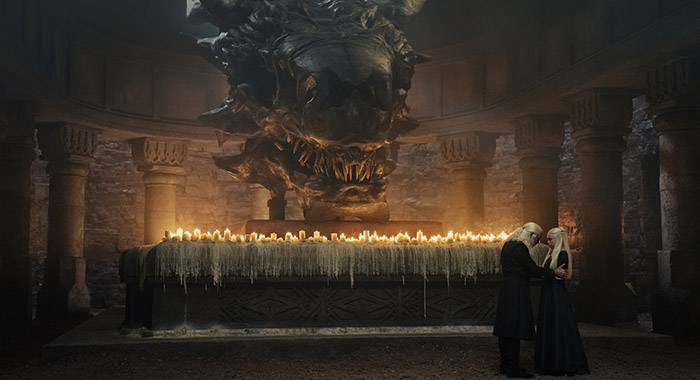 While the number of dragons supposedly increases fivefold in the new series, the magic of the universe that is revealed in the first moments of Game of Thrones does not otherwise appear in House of the Dragon’s first episode. Viserys hints at it at the end of the first episode while sharing the “Song of Ice and Fire” secret with Rhaenyra, but we’re hoping the series finds its magical footing with some Children of the Forest, warlocks, a red priestess, green men, a White Walker drive-by, direwolves, giants, or maybe even a small cameo from a certain three-eyed raven.

What did you think of episode 1? Tell us in the comments.