In this week's Total Recall, we look at the best-reviewed work of the star of The Bye Bye Man.

TAGGED AS: Best and Worst, Countdown

After retreating from the spotlight for a few years, Faye Dunaway is having something of a moment: aside from a recurring role in Amazon’s Hand of God, the Oscar-winning star has wrapped a handful of new films — including this weekend’s The Bye Bye Man. In celebration of her overdue return to the big screen, we decided to take a fond look back at some of the many critical highlights from Ms. Dunaway’s distinguished career, and you know what that means: it’s time for Total Recall! 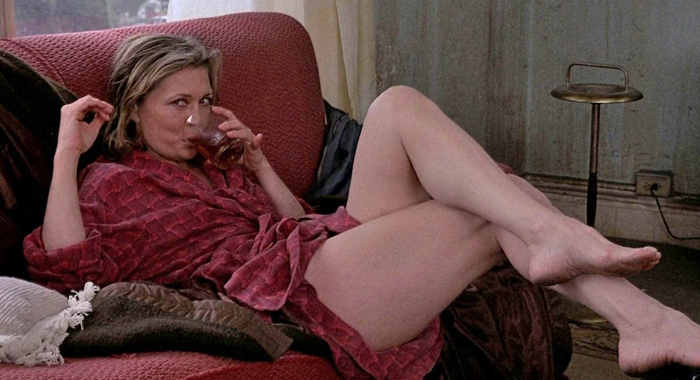 After spending a few years in England and focusing on television work in the mid-1980s, Dunaway returned to Hollywood in search of film roles — and found a doozy in Barfly, a semi-autobiographical drama written by Charles Bukowski about a perpetually sozzled writer (Mickey Rourke) whose self-destructive habits put him in the path of a fellow alcoholic (Dunaway) who happens to share a past with his usual bartender/sparring partner (Frank Stallone). It’s far from the cheeriest entry in her filmography, but it offered the chance to dig into a dramatic role Dunaway had been looking for; as Roger Ebert wrote, “The dialogue scenes between Rourke and Dunaway in this movie are never less than a pleasure… Rourke and Dunaway take their characters as opportunities to stretch as actors, to take chances and do extreme things.” 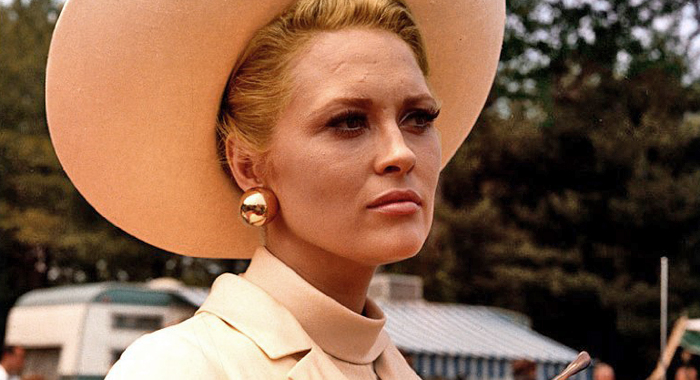 Dunaway quickly parlayed her breakthrough performance in Bonnie and Clyde into another classic: The Thomas Crown Affair, Norman Jewison’s heist picture starring Steve McQueen as a wealthy businessman who plans high-stakes robberies as a lark. As the insurance investigator who figures out Crown’s misdeeds — but of course finds herself drawn to him anyway — Dunaway proved herself a leading lady who could stand toe to toe with one of the era’s most effortlessly cool superstars. As James Rocchi argued for Netflix, “Caper films don’t come much better.” 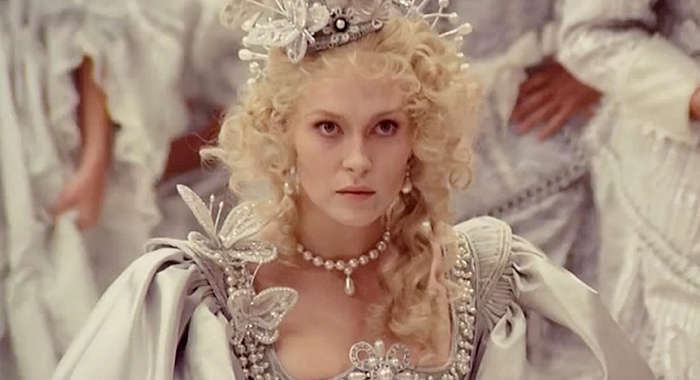 Left at loose ends with his idea for an action-comedy retelling of The Three Musketeers after plans for the Beatles to star fell through, director Richard Lester rounded up a showy cast — including Oliver Reed, Charlton Heston, Raquel Welch, Richard Chamberlain, Christopher Lee, and of course Faye Dunaway — to tell the story, which proved so sprawling that he ended up filming two movies’ worth of footage, cutting it in half, and releasing the results six months apart. In the U.S., The Three Musketeers and The Four Musketeers both arrived in 1974, performing respectably at the box office and earning praise from critics along the way; while Dunaway’s appearance as the wickedly seductive Milady de Winter was hardly one of the more progressive roles on her résumé, it’s all part of the movies’ swashbuckling good time. Deeming it “The finest rendering of Dumas’ tale to date,” eFilmCritic’s Brian Mckay called it “A perfect blend of comedy, romance, and no-holds-barred swashbuckling adventure,” and added, “The cast is phenomenally good.” 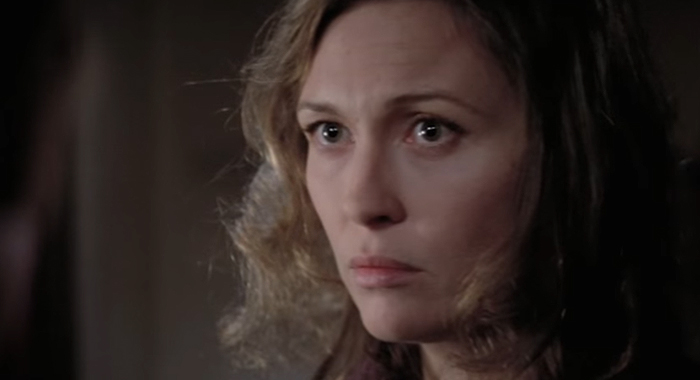 Dunaway was on a major roll in the mid-1970s, surging on the strength of a career comeback that included Chinatown, the Musketeers movies, and The Towering Inferno. Also among her hits during the period: Three Days of the Condor, a Robert Redford-led spy thriller that draws on the paranoia of the era to tell the story of a CIA analyst who fights back against a shadowy government conspiracy while hiding out in the apartment of a woman (Dunaway) he essentially kidnaps in desperation. In some ways, it’s inescapably an artifact of its era, but it remains fundamentally sound — a suitably tense affair, steered by director Sydney Pollack’s deft hand, that stands among the era’s better entries in the genre. “At its best moments,” wrote Vincent Canby of the New York Times, “Three Days of the Condor creates without effort or editorializing that sense of isolation — that far remove from reality — within which super-government agencies can operate with such heedless immunity.” 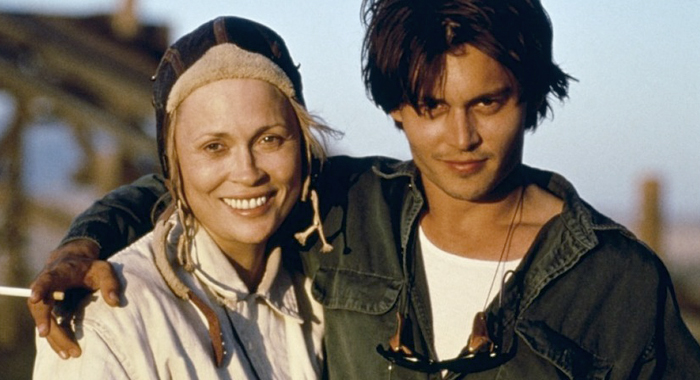 Filmed in 1991, Emir Kusturica’s Arizona Dream languished in limbo for two years before it was released in Europe — and it didn’t reach American shores until the following September, at which point it grossed a little over $100,000 in limited release. It seems like a pretty harsh fate for a movie featuring Johnny Depp, Jerry Lewis, and Faye Dunaway, but if you’ve ever seen Dream, you know it is not, to put it mildly, the type of film Hollywood studios were made to promote. The story of a fish tagger (Depp) who believes he can see the fishes’ dreams, it’s over two hours of absurdist comedy, packed with symbolism-laden dream sequences and oddball characters like Dunaway’s Elaine, a woman who aspires to build a flying machine, and her daughter Grace, a turtle-obsessed young woman played by Lili Taylor. Even the critics that enjoyed it used words like “peculiar,” “odd,” and “bizarre” to describe Dream; as Janet Maslin of the New York Times wrote, “Even at its full length, showing off a more seductive rhythm and the buoyant humanism that is this director’s calling card, it remains as ripe a subject for therapy as for criticism.” 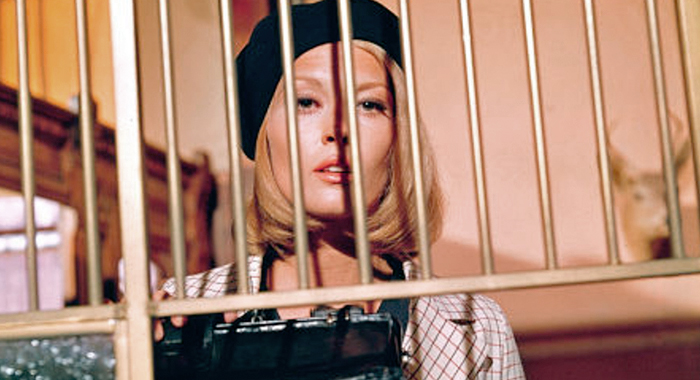 Dunaway’s first screen role, opposite Anthony Quinn in The Happening, presaged a period in which she had to fight her way out of an undesirable contract — but it was her work in that movie that attracted the attention of director Arthur Penn, who ended up casting her in his classic biographical gangster drama Bonnie and Clyde. Starring Dunaway as Bonnie Parker opposite Warren Beatty’s Clyde Barrow, the movie exploded into an Oscar-winning smash, with both stars earning Oscar nominations under a cloud of violent controversy that’s continued to shadow its legacy for decades. To some, it represents a glorification of violence that panders to some of humanity’s worst instincts; to others, it’s a thrilling breath of fresh cinematic air. “Bonnie and Clyde is the most excitingly American American movie since The Manchurian Candidate,” wrote the New Yorker’s Pauline Kael. “The audience is alive to it.” 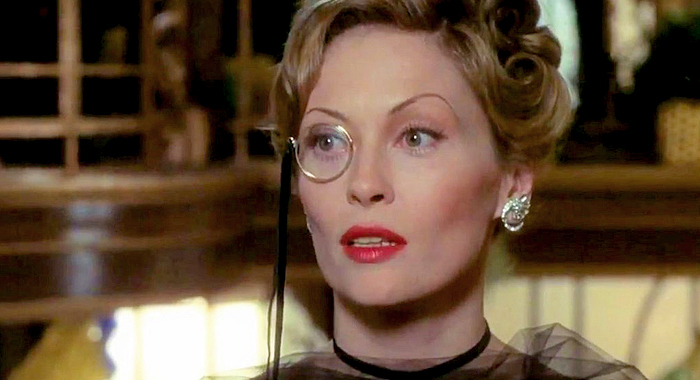 Given its crowded cast and the era in which it was released, 1976’s Voyage of the Damned might look like one of the star-studded disaster movies that were in vogue at the time; instead, however, it’s a fact-based drama about an ocean liner full of Jewish refugees who sailed to Cuba in 1939 in the vain (and ultimately fraudulent) hopes of being accepted as refugees from the Nazi regime. Understandably overshadowed in Dunaway’s career by Network, which was released during the same year, it nevertheless proved a critical success, with PopMatters’ J.C. Maçek III later reflecting, “There is no Indiana Jones to save the day and no pat Hollywood ending to revise history. Voyage of the Damned is unquestionably a serious drama and treats its subject matter with the dignity that it should.” 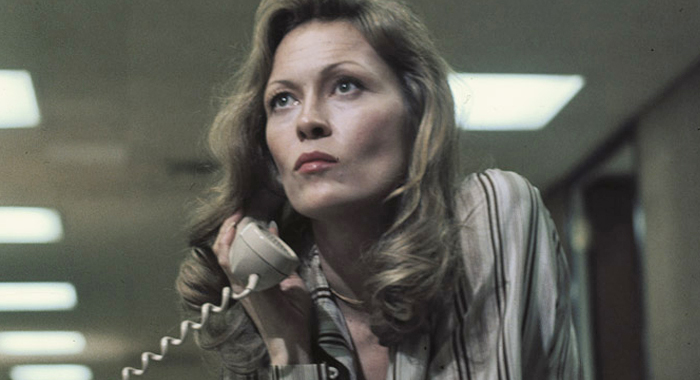 Much as many of our favorite television pundits like to argue that we’re living in one of the medium’s great golden ages, there’s no denying that wide swaths of the dial have been abandoned and given over to lowest-common-denominator fare. But long before anyone started worrying about trashy talk shows or “reality” TV, screenwriter Paddy Chayevsky had an inkling of the dystopian landscape looming on the horizon — and the result was 1976’s Network, a bitingly bitter satire about a veteran news anchor (Peter Finch) whose unorthodox response to being fired serves as the unintended catalyst for a new era of ever-more-provocative nightly news, whipped into a ratings frenzy by a rather unscrupulous exec (Dunaway, who earned her third Best Actress Oscar nomination and first win). “One would assume that a 1976 film about network television would feel dated today,” admitted Forrest Hartman of the Reno Gazette-Journal, “but director Sidney Lumet and screenwriter Paddy Chayefsky had such a fine concept that Network seems downright contemporary.” 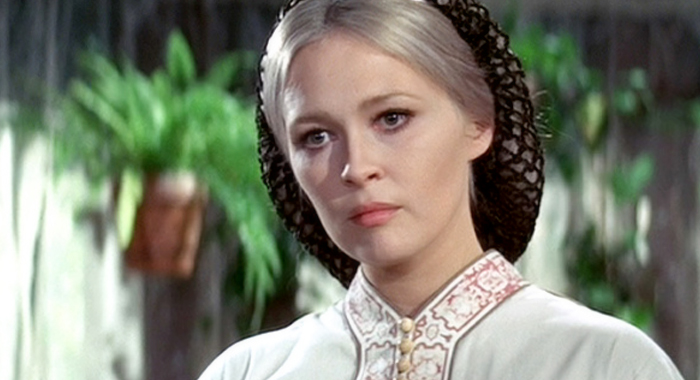 Dunaway suffered through a string of duds after making The Thomas Crown Affair, but enjoyed a rebound of sorts with 1970’s Little Big Man — albeit in a supporting role she reportedly only accepted as a favor to director Arthur Penn. However she got involved, the movie — an adaptation of the Thomas Berger novel about the incredible life story of the world’s oldest man — was a critical and commercial hit that reaped awards and nominations for star Dustin Hoffman as well as actor Chief Dan George. Dunaway’s performance as a sexually frustrated preacher’s wife whose arc ends with a cheeky tribute to Hoffman’s work in The Graduate may not have called for the heaviest dramatic lifting she’s done in her career, but it offered a rare opportunity to flash her comedic chops onscreen. The end result, wrote Scott Weinberg for eFilmCritic, is “Easily one of the most entertaining (and presently overlooked) Westerns of the early 1970s.” 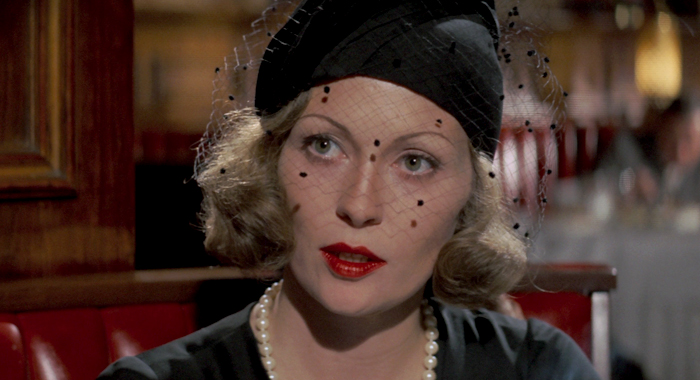 In a filmography dotted with triumphs as significant as Rosemary’s Baby and The Pianist, it takes a truly special film to top them all — and 1974’s Chinatown is not only Roman Polanski’s personal best, it’s one of the most highly regarded films of all time. Starring Jack Nicholson as the duped-but-determined gumshoe Jake Gittes and Dunaway as the femme fatale Evelyn Mulwray — both nominated for Oscars — Chinatown explored an oft-forgotten chapter in Los Angeles’ history while bringing film noir back to brilliant life for the 1970s. Though plans for a trilogy were scuttled after the sequel, The Two Jakes, flopped in 1990, Chinatown more than stands on its own; Robert Towne’s script bustles with twists and double-crosses, and the cast, from Nicholson to Dunaway and John Huston, is impeccable. “This film,” crowed the Observer’s Philip French, “is flawless.”