Despite Visual Flash, Pixels Isn't Worth Your Quarters

Plus, Paper Towns is thin but likeable; Southpaw is so-so despite Jake Gyllenhaal's astonishing performance; and The Jim Gaffigan Show is Certified Fresh.

This week at the movies, we’ve got video game invaders (Pixels, starring Adam Sandler and Kevin James), teenage mystery buffs (Paper Towns, starring Nat Wolff and Cara Delevingne), and a down-and-out pugilist (Southpaw, starring Jake Gyllenhaal and Rachel McAdams). What do the critics have to say? 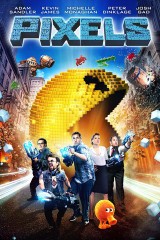 At first glance, Pixels sports more ambition than your typical Adam Sandler vehicle, blending the plot of Ghostbusters with beloved characters from 1980s video games. Unfortunately, critics say that while the film has moments of visual invention, it’s ultimately undermined by a slack narrative and a lack of comic momentum. Back in the 1980s, Sam (Sandler) and his buds were masters of the arcade. But when a race of aliens mistake Pac-Man, Donkey Kong, and the like for a threat — and reverse-engineer said icons for destructive purposes — its up to our slacker heroes to save the day. The critics say Pixels contains a few good ideas, but it never quite coalesces into anything other than a middling special effects blockbuster with a few passable gags. 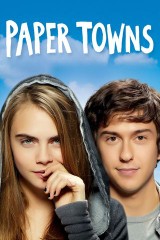 The Fault In Our Stars scored big last summer so now we’re treated to Paper Towns, the second in what’s sure to be a long line of films adapted from John Green’s young adult novels. Critics say it’s a mild success — its familiar story and relatively thin characters are elevated by witty dialogue and strong performances. Quentin (Nat Wolff) has harbored a lifelong crush on his next-door neighbor Margo (Cara Delevingne), who enlists him for a series of late-night pranks. But when Margo disappears suddenly, she leaves a series of clues for Quentin to decipher, which culminate in a life-changing road trip. The pundits say Paper Towns is a likeable wisp of a film, one that’s melancholy and well-intentioned without being particularly profound. 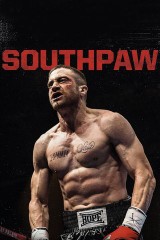 Can great acting transcend a so-so movie? Critics say Jake Gyllenhaal’s muscular, committed performance is easily the best thing about Southpaw, an otherwise routine portrait of a troubled prizefighter that goes the distance without landing a knockout blow. Gyllenhaal stars as Billy Hope, a boxing champ who’s blindsided by personal tragedy, losing his title and his family in the process. But with the help of a committed trainer, Billy seeks redemption in the ring. The pundits say Southpaw is mostly made up of rags-to-riches sports movie cliches, but  Gyllenhaal is so good that he almost makes it a contender.

The Jim Gaffigan Show benefits from an abundantly likable star in a setting that, albeit familiar, adds a new, natural energy to the standard struggling-dad-sitcom genre.

Bojack Horseman truly comes into its own during season two, maturing into an ambitious comedy that sensitively blends wackiness with dark, nuanced drama.