It’d be difficult to argue that any of the films up for Best Picture this year don’t deserve the distinction: the nominees have been making waves this awards season, and they are among the best-reviewed films of the year. With that in mind, here are all of the 2018 Best Picture nominees ranked by Tomatometer! 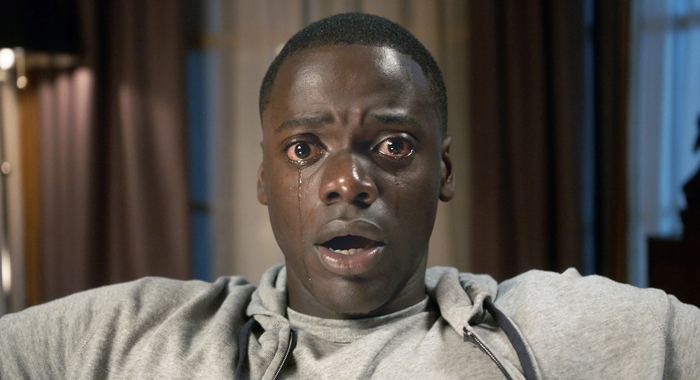 Horror and comedy have made for fine bedfellows on occasion over the years — and the horror genre has also made plenty of room for hard-hitting social commentary, too. But it takes a certain amount of chutzpah for a filmmaker to try blending all three at once, and first-time filmmaker Jordan Peele was definitely taking a big gamble when he brought his ambitious hybrid Get Out to theaters in early 2017. The story of an unsuspecting young African-American man (Daniel Kaluuya) whose trip to the countryside to meet his white girlfriend’s (Allison Williams) well-to-do parents (Catherine Keener and Bradley Whitford) quickly veers into a darkly funny, racially tinged horror show, it arrived at the perfect moment for a wildly entertaining movie that also happened to pack a thought-provoking punch as a look at modern race relations in America — and critics were among the first, and loudest, to praise the year’s first runaway hit. “Peele succeeds where sometimes even more experienced filmmakers fail,” wrote Stephanie Zacharek for Time. “He’s made an agile entertainment whose social and cultural observations are woven so tightly into the fabric that you’re laughing even as you’re thinking, and vice-versa.”

Where to watch it: Amazon, FandangoNOW, iTunes, Google Play 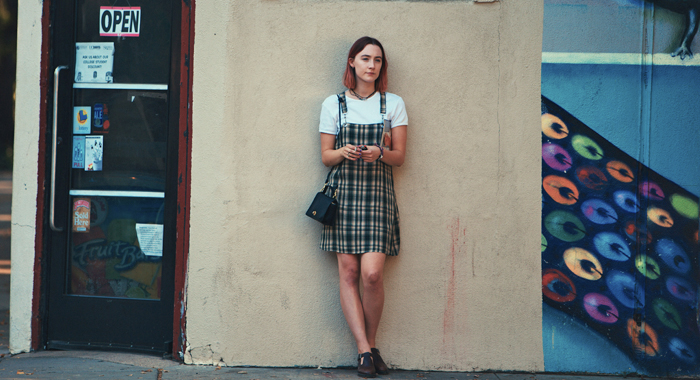 There’s no shortage of coming-of-age movies. But it’s far too uncommon to see one that empathetically depicts the turning corners of adolescence from a female perspective — which is just one reason Lady Bird proved such a critic’s darling in 2017. Written and directed by Greta Gerwig, this Saoirse Ronan-led dramedy finds its young title character at a crossroads — and at odds with her mother (Laurie Metcalf), a nurse struggling to keep the family afloat after Lady Bird’s father (Tracy Letts) loses his job. A ’90s-set period piece that struck a current chord for a variety of reasons, it established Gerwig as a triple threat to watch while proving one of cinema’s most well-trodden genres still had fresh stories to tell. Calling it “A sweet, deeply personal portrayal of female adolescence that’s more attuned to the bonds between best girlfriends than casual flings with boys,” Time Out’s Tomris Laffly wrote,  “writer-director Greta Gerwig’s beautiful Lady Bird flutters with the attractively loose rhythms of youth.” 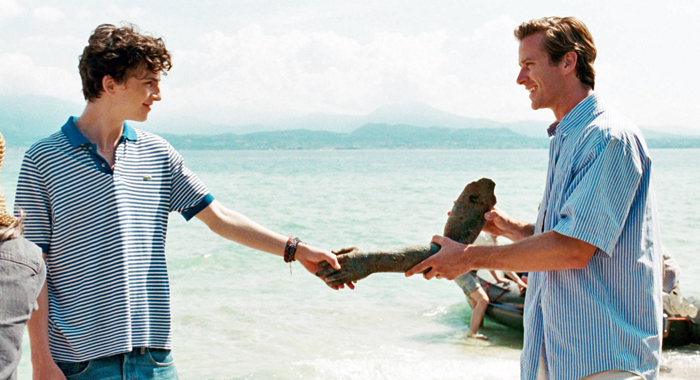 A sun-dappled story of first love as noteworthy for its sumptuous cinematography as for the stellar performances of its well-matched leading men, Call Me by Your Name makes excellent use of familiar ingredients — a young man coming of age, the Italian countryside — to deliver a uniquely transporting romance. Adapted from the André Aciman novel by acclaimed filmmaker James Ivory and directed by Luca Guadagnino (I Am Love), it’s a movie with obvious arthouse appeal, but one whose widespread acclaim got mainstream audiences’ attention — due in no small part to the almost universally positive critical notices earned by Armie Hammer and breakout star Timothée Chalamet in the leading roles. “Call Me By Your Name sneaks up on you,” wrote April Wolfe for the Village Voice. “By the end, it stings with the lingering ache of a late-summer sunburn.” 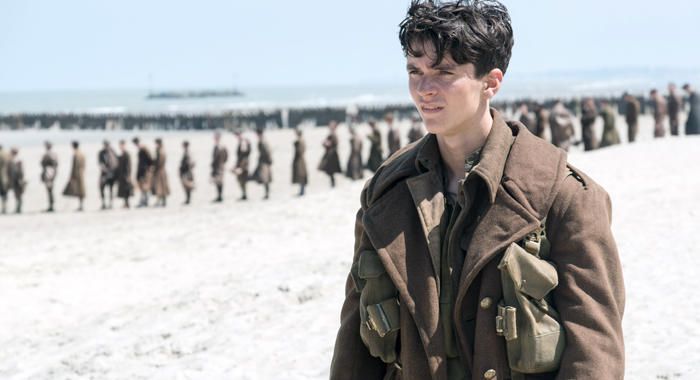 The rare director whose lofty cinematic ambitions haven’t kept him from raking in blockbuster grosses, Christopher Nolan has repeatedly proven that challenging cinematic fare can have massive mainstream appeal — and he did it all over again with Dunkirk in 2017, delivering a World War II rescue thriller as noteworthy for its visceral impact as its unorthodox storytelling style. As he’s often done in the past, Nolan uses a non-standard timeline to tell his story, plunging into the real-life evacuation of Allied soldiers from northern France while forcing audiences to think about when the events unfolding onscreen are actually happening. In a genre that’s long since been defined by its straightforward approach, Dunkirk proved rousing and thought-provoking in equal measure; as Alison Willmore wrote for BuzzFeed, “It isn’t a standard war movie, but it sure is some beautiful, difficult thing.”

Where to watch it: Amazon, FandangoNOW, Google Play, iTunes 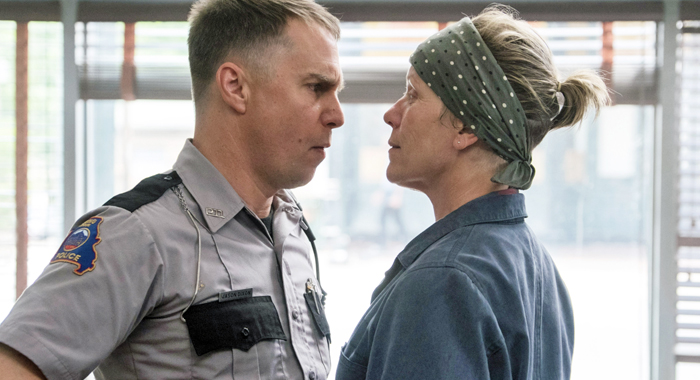 Great cinema provokes discussion, and any discussion that goes on long enough is bound to inspire debate. Witness the conversation surrounding Martin McDonagh’s Three Billboards Outside Ebbing, Missouri, a blackly comic drama about a grieving mother (Frances McDormand) determined to obtain some measure of justice after the horrific rape and murder of her teenage daughter. It’s a story loaded with opportunities for McDonagh’s game cast, all of whom — including Woody Harrelson and Sam Rockwell as members of the local police force who find themselves in the line of McDormand’s ire — have earned outstanding notices from critics. More problematic elements of the narrative have sparked a Billboards backlash, but whatever its flaws might be, this is far from disposable mainstream filmmaking; as Calvin Wilson wrote for the St. Louis Post-Dispatch, “Three Billboards Outside Ebbing, Missouri is entertaining in a way that’s practically unheard of these days.” 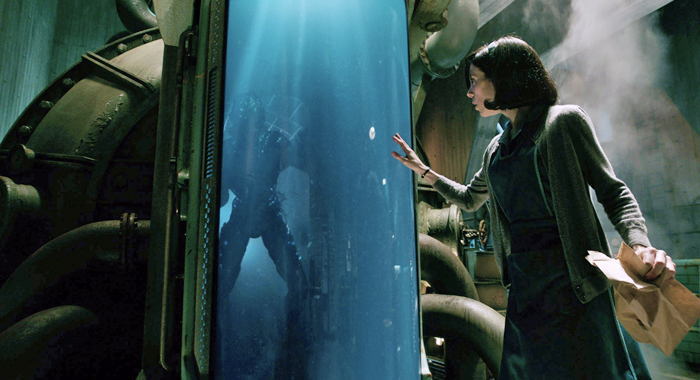 Guillermo del Toro is a man of ideas — so many, in fact, that some of his most intriguing projects have ended up languishing in development hell, while a number of his more mainstream-friendly efforts have failed to truly capture the range and depth of his talents. But even when he isn’t fully on his game, there’s no other filmmaker quite like him — and with The Shape of Water, del Toro is well and truly on his game. A period drama about a lonely lab worker (Sally Hawkins) who finds herself drawn to the amphibian creature (Doug Jones) her superiors have captured, Water takes advantage of del Toro’s greatest gifts: on a visual level, it’s the type of creature feature that highlights his unique eye for alluringly off-kilter detail; on a narrative level, it’s an absorbing, poignant love story about two misunderstood beings discovering common ground. “You never know where The Shape of Water is going,” wrote Moira Macdonald for the Seattle Times. “But, like water, you let it engulf you and sweep you away.” 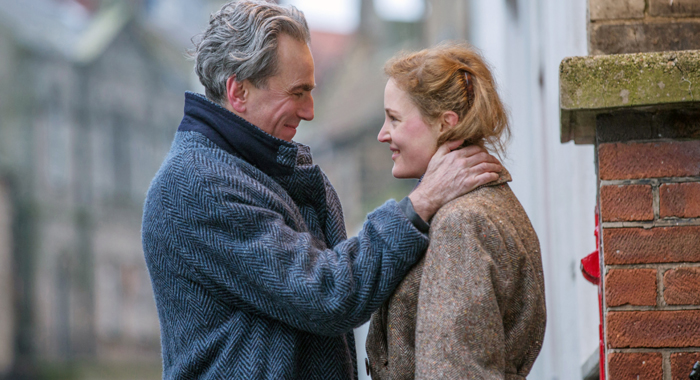 There are surprises in every round of Oscar nominee announcements…and Phantom Thread making the cut among this year’s Best Picture hopefuls isn’t one of them. With Paul Thomas Anderson at the helm and his There Will Be Blood star Daniel Day-Lewis leading the cast — with what’s being billed as his final role, no less — Thread became one of the year’s more obvious awards contenders the moment it was announced. Critics say this period drama about the complex relationship between a womanizing dressmaker and his muse lives up to those daunting expectations, too, thanks to some typically deft writing and direction from Anderson and a suitably strong valedictory performance from Day-Lewis, who’s well-matched with co-star Vicky Krieps. It may not be the odds-on favorite to win this category, but it certainly earned its spot at the table. As Dana Stevens observed for Slate, “This devilishly funny and luxuriantly sensuous film is so successful as entertainment that it’s hard to stop and notice the extreme degree of craft that went into its construction.” 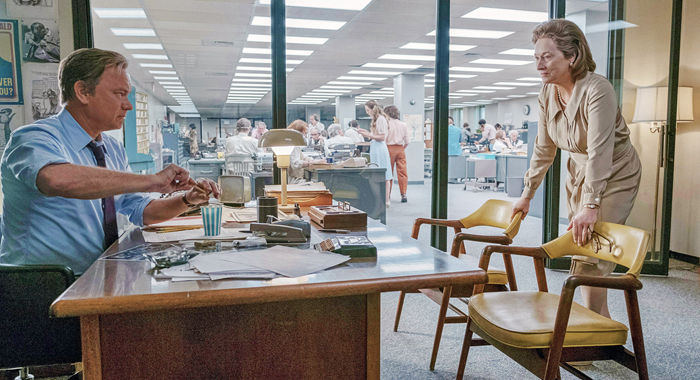 A uniquely well-timed period drama based on real-life events with obvious parallels to the present, Steven Spielberg’s The Post was pegged as an awards favorite from the moment it was announced. With Spielberg at the helm, a top-notch ensemble cast led by Tom Hanks and Meryl Streep, and a politically charged story keyed to these tumultuous times, it looked like the easy pick for the prestige picture of the year — and even if the acclaim it ultimately generated wasn’t quite unanimous, it still pretty much lived up to the hype. There may have been bolder and more unique movies made in 2017, but The Post offers a reminder of the unique pleasures of watching a team of talented old pros in action — not to mention some sobering reminders of the importance of a free press. “The Post may be all-too-easy Oscar bait,” admitted the New York Post’s Sara Stewart, “but it’s as satisfying and polished as you’d expect.” 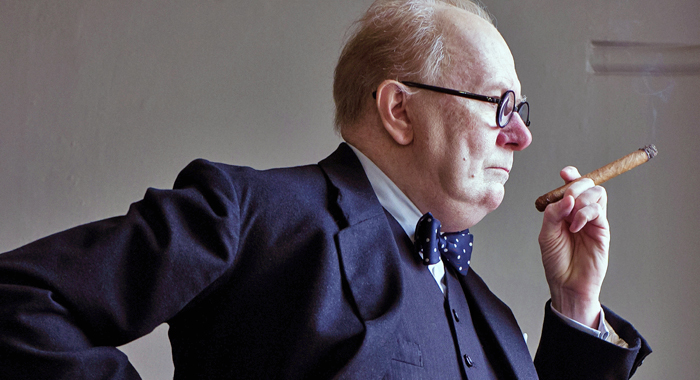 World War II remains one of the most pivotal conflicts in recorded human history, so it’s only natural that Hollywood’s produced so many movies about or inspired by it. On the other hand, that rich cinematic history makes it all but impossible for a new addition to stand out — unless, that is, it’s built from the very best ingredients. For example, here’s Darkest Hour, which finds director Joe Wright working from an Anthony McCarten script to dramatize Winston Churchill’s crucial early days as British Prime Minister — a gambit that succeeded with critics largely because of the titanic performance delivered by Gary Oldman in the central role. Countless actors have played Churchill, but Oldman — working under mounds of makeup — really made the role his own, anchoring Darkest Hour‘s drama and making it more than just another wartime period piece. As Entertainment Weekly’s Chris Nashawaty argued, “I don’t think we’ll ever see anyone else do Churchill this well again unless the man himself comes back from the dead.”