We’re now entering the warm months of tentpole summer blockbusters in the multiplex, but these nine series give you a good enough reason to be a couch potato, if that’s more your style. Catch our breakdown of June’s best returning series below. 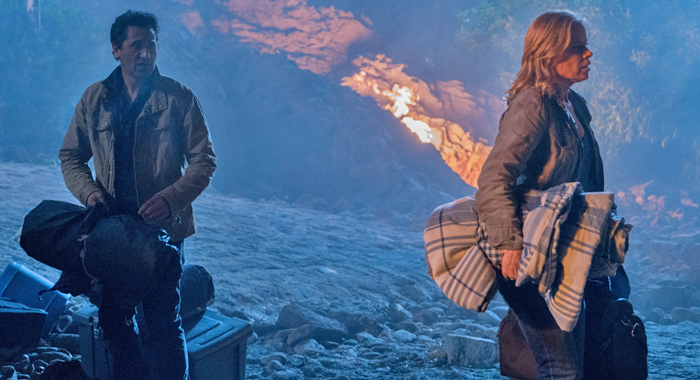 What it is: What, you thought Sheriff Rick Grimes was having all the fun? Fear the Walking Dead takes place in the same doomed, zombie-ridden world as Grimes and co., only earlier, in Los Angeles, and centered around one family going through the trenches both figuratively and literally.

Why you should watch it: Originally presumed to be a Walking Dead spinoff simply for the sake of quenching our need for zombie guts through the summer months, Fear the Walking Dead has proven to be a worthwhile companion piece all its own, presenting itself as more of a moody West Coast reflection on its more explicitly violent predecessor. Though its meant for an already established fan base, it should earn new fans with a penchant for character-driven family drama. The series returns for season 3 on Sunday, June 4, on AMC. 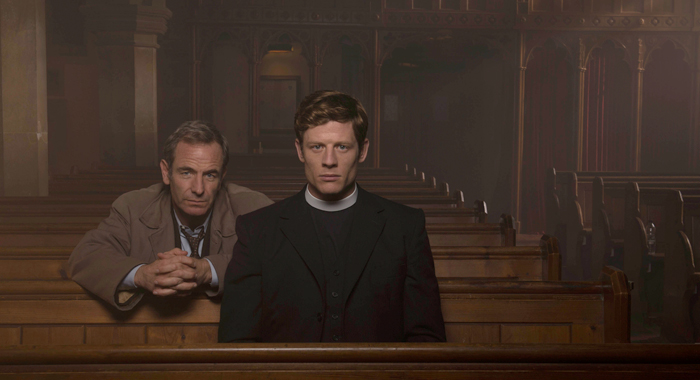 What it is: Based on James Runthie’s short stories, Grantchester is a 1950s-set ITV/PBS detective series set in the titular village outside of Cambridge. Here, a slew of mysterious murders and crimes keep the townspeople awake at night — namely Scots Guard officer-turned-Anglican priest Sidney Chambers (James Norton) and Detective Inspector Geordie Keating (Robson Green). In a true case of opposites attract, the two join forces to keep the town safe.

Why you should watch it: Much like he’s cleaning up his Cambridgeshire village, James Norton has cleaned up his act since his stellar turn as the villainous Tommy Lee Royce in Happy Valley, now playing a man of the cloth. With a dry wit and methodical pacing befitting its across-the-pond origin, Grantchester doesn’t revolutionize the genre, but for fans of Sherlock, the aforementioned Happy Valley, and other programs of that ilk, this series goes down as easily as its cozy countryside views. Grantchester’s third season starts Sunday, June 18, on Masterpiece on PBS. 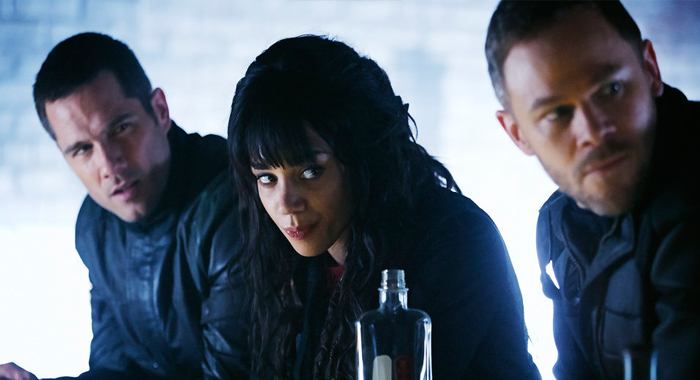 What it is: Set in a foreign planetary system of four planets known as the Quad, Killjoys kick starts its third season of extraterrestrial adventures June 30 once again with bounty hunters Dutch, played by Hannah John-Kamen, and brothers John and D’avin Jaqobis, played by Aaron Ashmore and Luke Macfarlane. As part of the Reclamation Apprehension Coalition (otherwise known as RAC), this trio spends their days tracking down people, places, and things. But such power doesn’t come easy, and there’s danger lurking around every corner.

Why you should watch it: Killjoys taps into a similar vein as last summer Netflix juggernaut, Stranger Things, in that it’s self-aware, pure, escapist fun. The difference is, this Syfy series does it with a mere fraction of the budget. Thankfully, it boasts the performances and rat-a-tat scripts to make it all work.

ORANGE IS THE NEW BLACK (Netflix) 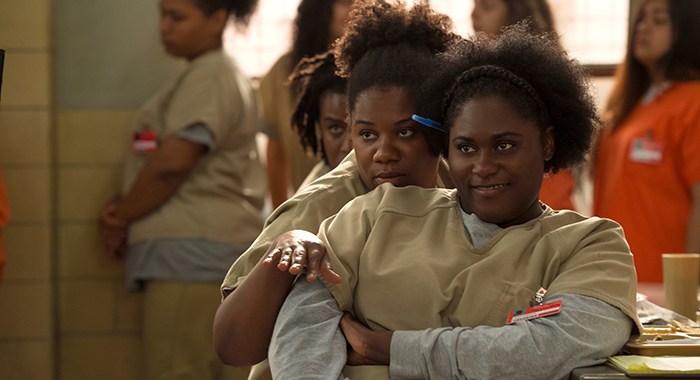 What it is: Jenji Kohan’s runaway (but locked-up) Netflix hit is ensemble work at its finest, following the day-to-day lives of the ladies of Litchfield Penitentiary and the plethora of crimes that got them there.

Why you should watch it: Inspired by Piper Kerman’s (here Piper Chapman, played by Taylor Schilling) real-life account of her arrest and imprisonment for drug-related money laundering, this hour-long dramedy opens up to include the equally heartbreaking and hilarious stories of fellow inmates played by Emmy winner Uzo Aduba, Emmy nominee Laverne Cox, Danielle Brooks, Natasha Lyonne, Samira Wiley, Lea DeLaria, and others. From season to season, Orange is the New Black — revolutionary and acclaimed for its onscreen diversity — becomes more and more timely, tackling everything from the nuances of trans rights to Black Lives Matter. Season 5 of the series drops on Friday, June 9. 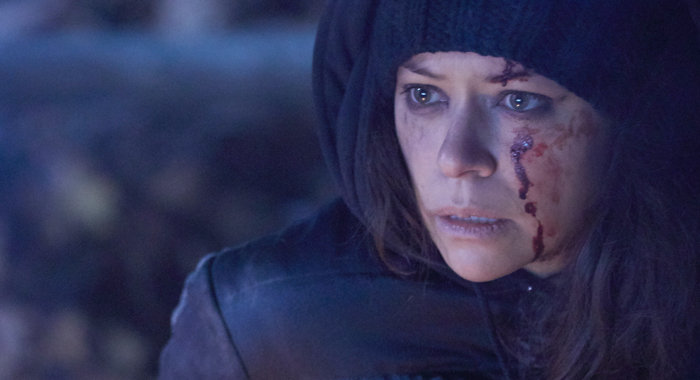 What it is: Sarah Manning (Emmy winner Tatiana Maslany) is a down-on-her luck, hustling mother and foster sister to Felix (Jordan Gavaris) who witnesses a woman who looks just like her jump in front of a train. Street-wise and in need of cash, she assumes the woman’s identity — and unwittingly becomes part of a government conspiracy involving clones that might just lead her to share the train-jumper’s fate.

Why you should watch it: Come for the clones and conspiracy theories, stay for the absolutely brilliant and deservedly rewarded performance of Canadian talent Tatiana Maslany, who plays all of Sarah’s clones, most notably Alison, Helena, Cosima, and Rachel. Orphan Black is dark and engrossingly gritty, but thanks to Maslany and Gavaris, it’s a ton of fun, too. The fifth and final season of the BBC America series premieres on Saturday, June 10. 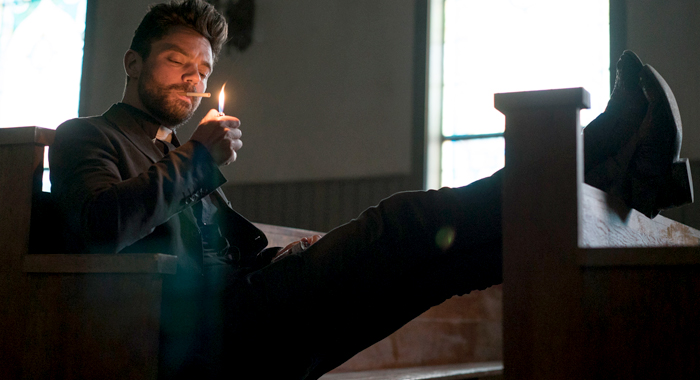 What it is: Sam Catlin, Evan Goldberg, and Seth Rogen team up here behind the camera to adapt Garth Ennis and Steve Dillon’s cult comic book about a preacher, Jesse Custer (Dominic Cooper), on a violently allegorical quest to “find God” — plus vampires, exploding holy men, extraterrestrial entities, and gun-slinging exes (played by Loving Oscar nominee Ruth Nega, no less).

Why you should watch it: If that soundbite wasn’t at least enticing, this series is probably not for you. But if your interest is piqued, Preacher is sheer perfection. Unapologetically bloody, brazen, and bad to the bone, this series comes at the height of peak genre TV and runs with the best of them. Season 2 of Preacher premieres on Sunday, June 25, on AMC. 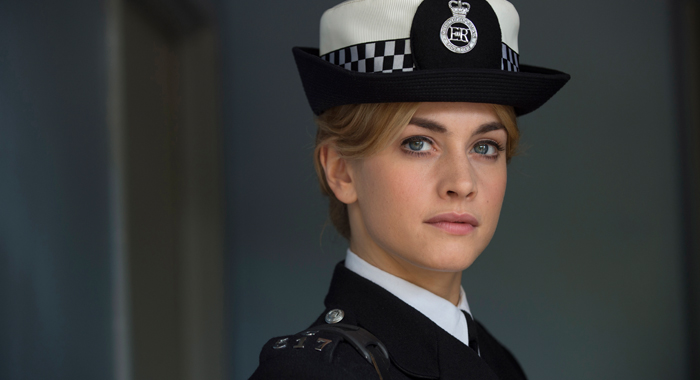 What it is: Helen Mirren has been a beloved actress of the stage and screen for decades now, but one role that the Oscar winner will wear for all her days is London-based detective Jane Tennison of Prime Suspect. A brilliant and ball-busting detective faced with a string of serial murders and more, her Tennison was and is a feminist figure worth rooting for.

Why you should watch it: Ever wonder how the great detective got so tenacious? That’s the question asked by Prime Suspect: Tennison, a prequel series on PBS starring Doctor Thorne’s Stefani Martini as a young Jane Tennison investigating her first murder case. Catch up on this beloved ’90s classic before her backstory coda drops June 25.

Where to watch: Amazon, Hulu 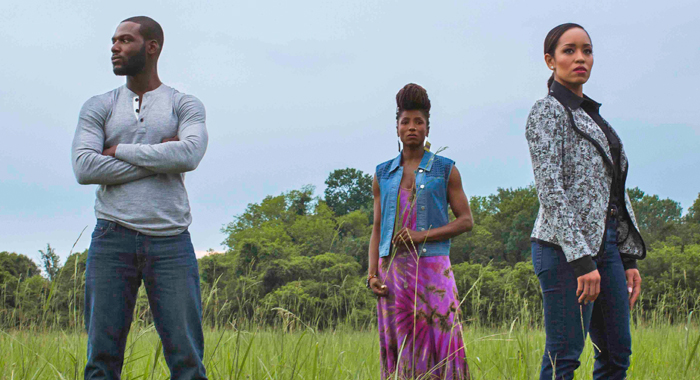 What it is: After the unexpected death of their father, estranged siblings Ralph-Angel (a conman fresh out of prison), Nova Bordelon (a New Orleans-based journalist and activist), and Charley Bordelon (an upper-class Los Angeles mother to a teenage son) move to rural Louisiana to claim their inheritance: hundreds of acres of sugarcane farmland.

Why you should watch it: Queen Sugar is the result of women both behind and in front of the camera joining their formidable powers: executive producer Oprah Winfrey; executive producer, director, and writer Ava DuVernay; stars Rutina Wesley and Dawn-Lyen Gardner; and other female directors for each episode of season 1. And their work isn’t the only stunning thing to the series: sprawling locations under the Louisiana sun and timely discussions of prejudice across race and sex and issues of mass incarceration make it a thought-provoking family drama. Season 2 of the series premieres on Tuesday, June 20, on OWN.