Sons of Anarchy, The Deuce, Empire, and The Good Place are among the month's top binge TV offerings. And to get to know Danny Rand of Marvel's Iron Fist, you might need to watch three shows. 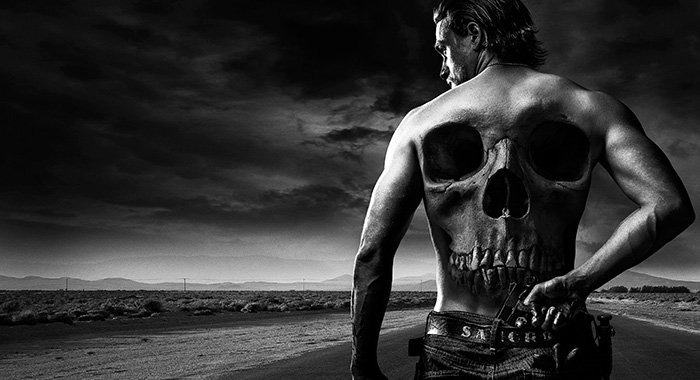 Fall TV is upon us, and there is so much coming your way this month! Check out 13 shows you should catch up on over the long Labor Day weekend and beyond.


What it is: The Kurt Sutter series helped secure the bad-boy stance FX is still working today. The crime drama, about an outlaw motorcycle club in California’s Central Valley, starred Charlie Hunnam as Jax Teller, a club member who begins to question the violence and crime of his chosen lifestyle. The series also starred Katey Sagal, Maggie Siff, Ron Perlman, and later Jimmy Smits.

Why you should watch it: To get ready for the next chapter in the Sons of Anarchy saga. There’s a lot riding on Mayans M.C. — and there’s a lot to look forward to when it premieres September 4. The new series follows Ezekiel “EZ” Reyes (JD Pardo), who’s newly released from prison and now a new prospect in the titular biker gang. Fans of Sons of Anarchy know well enough what’s in store for them with this much-anticipated spin-off: a character-driven, tightly woven, violent (at times even grisly) drama. The new series also stars Edward James Olmos, Clayton Cardenas, and Sarah Bolger.

It's Always Sunny in Philadelphia 94% (FXX)


What it is: The premise here is simple, but it works: Five friends (whose ineptitude goes beyond just social cues to pretty much every facet of day-to-day life) run an Irish bar in the titular city and have one misadventure after the next along the way.

Why you should watch it: You don’t become one of the longest-running live-action comedies of all time by sitting on your laurels and getting lazy about the laughs. It’s Always Sunny lays them on thick and fearlessly week to week for 12-going-on-13 seasons strong. That’s a lot to binge — so get to it! Season 13 premieres September 5.


What it is: Set in New York City, Iron Fist is the story of Danny Rand, a presumed-dead heir to a billion-dollar fortune who returns to New York City 15 years after a fatal plane crash kills his parents (and many believed him). He brings with him a skill set that includes unexplained kung-fu superpowers.

Why you should watch it: While Iron Fist was admittedly not as well received as its Marvel-on-Netflix counterparts, if you’re a fan of the universe, it’s definitely worth tuning in to orient yourself in the world of Marvel’s The Defenders, which also includes Daredevil (Charlie Cox), Jessica Jones (Krysten Ritter), and Luke Cage (Mike Colter), who also recently had a second season in which Danny Rand appears. We recommend at least binging Iron Fist season 1 and The Defenders before the former’s September 7 season 2 premiere. Here’s hoping Danny Rand’s new solo outing learned from its missteps the first round.


What it is: From creator David Simon (The Wire), The Deuce deep dives into 1970s Times Square — more specifically, the men and women dabbling in sex work to make a living. It’s a true ensemble piece, but Maggie Gyllenhaal stars as a prostitute named Candy and James Franco stars as identical twin brothers Vincent and Frankie Martino.

Why you should watch it: By transporting us to a gritty world of sex, drugs, and an American Dream that’s foreign to most audiences today, The Deuce further proves Simon’s talent for creating series that are absolutely singular and authentic. Plus with talent  like Gyllenhaal and Franco attached, it certainly ranks within prestige TV’s must-watch club. Season 2 premieres September 9.


What it is: This comedy series has been around for so long that it’s hard to define it without giving away eight seasons of spoilers. But at its core, it’s an hour-long dysfunctional family comedy-drama about six children (led by Emmy Rossum as Fiona) who were forced to grow up too fast while under the watch of their single, alcoholic father, Frank (William H. Macy).

Why you should watch it: It’s tricky to strike the balance between broad comedy and aching drama, but it’s a skill that Shameless has perfected since its 2011 debut. Credit where it’s due: Rossum is an absolutely fearless knockout who bests herself season to season. (Soak up this performance while you can — Rossum recently indicated on Facebook that this season might be her last.) It’s an excellent ensemble, and you can’t help but love the Gallagher family (even when they don’t make it easy), but watching the actress and Oscar-nominee Macy go toe-to-toe as the central headstrong daughter and father just gets better with age. Season 9 premieres Sept. 9.


What it is: You don’t have to watch every season of American Horror Story to catch up for season 8, but as the series’ first crossover season — this time of Murder House (season 1) and Coven (season 3) —  we’d recommend binging those and piecing together just how these witches may be caught up with the spawn of Satan and more.

Why you should watch it: Now going for eight seasons strong and a favorite of critics and audiences alike, this anthological series never ceases to spook. And with returning favorites like Jessica Lange (who won two Emmys for her work on previous seasons) and Ryan Murphy mainstay Sarah Paulson, among many others (Kathy Bates, Evan Peters, and Emma Roberts), Apocalypse is shaping up to be its best outing yet.


What it is: BoJack Horseman (voiced by Will Arnett) was once the hottest horse in town, star of a hit sitcom and riding high in Tinseltown. Fast-forward 20 years, though, and he’s a depressive has-been — and our titular protagonist of this hit Netflix comedy.

Why you should watch it: It’s not often that an alcoholic horse and a fictionalized Hollywood full of as many flawed humans as talking animals teaches you about yourself, but this one does — trust us! While it’s an acquired taste for any viewer, there’s reason BoJack’s blend of pitch-black humor and weighty human circumstance has gained such a cult following over the last four seasons. Catch up before season 5 premieres September 15.


What it is: 9-1-1 was a hit from the start. By humanizing members of New York City’s police and fire department as they go above the call of duty in larger-than-life circumstances — all while grappling with their own personal dramas on the home front — the series has earned its spot as one of last year’s strongest newcomers.

Why you should watch it: There’s no doubt that television has been attracting some top-tier talent to the small screen over the last few years, and a series like 9-1-1 — with an ensemble including Angela Bassett, Connie Britton, and Peter Krause paired with a producer like Ryan Murphy — is that trend seen at its very best. Fun, over-the-top escapism abounds in this drama series, but never at the expense of its heart.


What it is: We all know that The Big Bang Theory’s Sheldon has a one-of-a-kind genius mind, but did you ever wonder just what he was like as a kid? Young Sheldon answers that question and then some while charting the nine-year-old boy-genius’s life.

Why you should watch it: Young Sheldon provides something that we haven’t seen before: a reinterpretation of a beloved multi-camera sitcom character as a single-camera, family-friendly, and heartwarming dramedy. Better yet, because this is a prologue series to Jim Parson’s Sheldon, our protagonist’s mother, Mary, is played by Zoe Perry, the real-life daughter of Laurie Metcalf, who stars as the same character on The Big Bang Theory! It’s a small-screen first. Season 2 premieres September 24.


What it is: Stephen Moyer and Amy Acker star in this Marvel series as seemingly normal husband and wife Reed and Kate Strucker who, upon discovering their children’s mutant abilities, take them on the run from those who fear mutants.

Why you should watch it: Will we ever live in a world where there’s too much Marvel? So long as the universe’s crop of series are of the caliber of The Gifted, we’re inclined to say no. Just like the very best releases from the X-Men franchise, this series is heavy on the action, while also packing an emotional punch — and it even delves into political territory, dramatizing prejudices against the “other,” anti-establishment activist movements, extremists groups, and more. Season 2 premieres September 25.


What it is: The Lethal Weapon films starring Mel Gibson and Danny Glover have become somewhat canon for ’80s action nostalgia — so it makes all too much sense that the opposites-attract buddy-cop flick would get a modern reboot. Damon Wayans steps into the shoes of Glover for this one, and while Clayne Crawford took over for Gibson for the first two seasons, Seann William Scott is stepping in this season after behind-the-scenes drama led to Crawford’s dismissal.

Why you should watch it: There’s something inherently appealing about a marriage of the fish-out-of-water and opposites-attract formulas, and the effort holds up for this latest small-screen reboot. With Scott added to the mix, we’re in for even more fun this season. Catch up before season 3 premieres September 25.


What it is: A family drama of Shakespearean proportions, Empire charts the various rises and falls of the Lyon family — for starters, those of patriarch Lucious (Terrence Howard), a hip-hop mogul who’s in the process of choosing an heir to his musical throne.

Why you should watch it: Nothing short of a phenomenon upon its premiere in 2015, Empire is classic Lee Daniels: engrossingly soapy, slightly camp, meticulously performed, and endlessly entertaining. Taraji P. Henson does some of the best work of her career as the scene-stealing and wig-snatching Cookie Lyon. She alone is worth the watch, but it helps that she has an excellent ensemble at her back, led by Howard who acts as the very best foil to her scheming. Season 5 premieres September 26.


What it is: Talk about a creative spin on the afterlife! Kristen Bell stars as the recently deceased Eleanor Shellstrop, who by some glitch in the system ends up in the “Good Place,” a Utopian haven for those who served their lives on Earth with grace that was designed by Ted Danson’s Michael. Thing is: Eleanor doesn’t actually fit the bill of admittance and has to keep her righteous new friends fooled if she wants to stick around.

Why you should watch it: The Good Place is certainly among the best network comedies of recent memory. An always-charming Bell and TV royalty Danson play off of each other in a way that — what the fork!? — simply works. We can’t wait to see the good places they take us come season 3’s September 27 premiere.