Like much of America, the Rotten Tomatoes staff is working remotely right now, doing the responsible thing and “social distancing.” And like much of America, and the world, we’re spending a lot of our time – when we’re not working, of course – catching up on the shows and movies waiting for us on our watchlists, and digging around the various streaming services to find previously undiscovered gems. Every week for the next little while, we will be highlighting what our staff members are watching while at home in the hope that we’ll inspire you to discover something new and Fresh, and that you can watch along with us.

Aside from the star power involved – Reese Witherspoon, Kerry Washington, Joshua Jackson, and Rosemary DeWitt are just some of the names in the cast – what makes Little Fires Everywhere a compelling watch is the whodunit factor. The season opens with a scene revealing the climactic ending, leaving you to try and determine just how the characters and their choices throughout the ensuing eight episodes got us there. Based on Celeste Ng’s popular 2017 novel by the same name, the show also contends with the same tough topics tackled in the book, like class warfare and race relations. And while it slaps you in the face with metaphors at times, the show is addictive, and manages to stray just enough from the book’s original ending to satisfy and surprise casual watchers as well as Ng’s fans. – Kyle Moss, Producer

Where to Watch: Hulu

It seems as though our social distancing isn’t going to end any time soon, but thanks to Review there’s a way to experience a variety of real-life situations from the comfort of your own home. On this show, viewers call in and wonder what it’s like to do and feel many different things; Andy Daly commits to each task and then helpfully rates them at the end of each segment. Miss driving your car? Let him experience Road Rage for you so you don’t have to anymore (1.5 stars out of 5). Is there a long-simmering feud in the back of your mind? Revenge gets a 5 out of 5. So if you’re ruminating about all you’re missing out on, to quote the opening theme: “Life. It’s literally all we have.  But is it any good?”. Now you know. (FYI Revenge was later downgraded to a 1 out of 5). – Sara Ataiiyan, Review Curator

Where to watch: Amazon, Vudu, iTunes

I know a lot of people who watched the first episode of HBO’s The Plot Against America and abandoned ship because, well, there wasn’t much of a “plot.” In this day of content saturation, it’s expected that a new series or miniseries will grab you with something big and gobsmacking in its opening eps or you’ll just move on to the next thing, and the first few eps of The Plot Against America were mostly about families sitting around talking politics. My advice now that all six episodes are available to stream on HBO: Go back and stick with it through the end; it’s a slow burn but when it gets to its back half, The Plot Against America is one of the most powerful things HBO has put out in years. Like the Philip Roth novel on which it’s based — which tells the dual tales of aviator Charles Lindbergh’s fictionalized rise to the presidency and embrace of the German Nazi party, and how that impacts the lives of a New Jersey Jewish family — the series is complex and meticulously laid out, its deliberate pace matching the slow and insidious rise of anti-Semitism in its version of America. Winona Ryder and Zoe Kazan give standout performances as two sisters with very different views on the direction the country is taking, but the series belongs to the kids, especially to Azhy Robertson as the family’s youngest son, and his friend and neighbor Seldon, played by Jacob Laval. – Joel Meares, Editor-in-Chief

Where to Watch: HBO

After 16 years on the widely successful series, Project Runway, Heidi Klum and Tim Gunn walked away. Looking for a fresh start, the duo created their own fashion competition show, partnered with Amazon Studios, and have a new catch phrase, “Making the Cut.” While the conceit of finding a new designer from a batch of unknowns is the same, the show is definitely a fresh take on the genre. The emphasis this time is not only on talent, but on identifying each designers’ brand and ability to create a business that will attract customers. Each week, the designers are tasked with timed, thematic challenges and must produce two looks: a “runway look” and an “accessible look,” and the winning “accessible look” is available each week for purchase on the Making the Cut Amazon store. Currently all winning looks (to date) are sold out! The production quality is amazing, as they travel to Paris and Tokyo for design inspiration. Also contributing is judge Naomi Campbell, who is basically the Simon Cowell of the group. She’s blunt, honest, but also helpful. – Eileen Rivera, Sr. Director of Production

Where to Watch: Amazon Prime Video (and here is a link to the store) 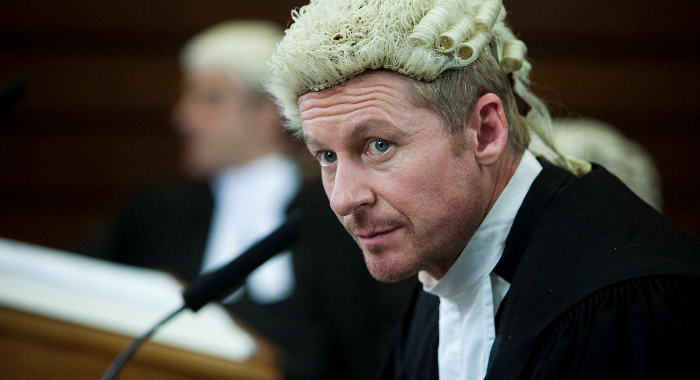 If you’re looking for something off the beaten track, then Australia’s Rake is a perfect binge for you. Richard Roxburgh plays Cleaver Greene, a sharp-as-a-tack criminal defense barrister whose self-destructive streak often threatens to derail is personal and professional lives. Cleaver is a “rake,” yes, but one that we love: each episode a little bit of goodness peeks through as he defends the kind of alleged criminals most would reject while also trying to repair relationships with those he truly loves. The cinematography is nothing to write home about, but the storytelling and dialogue are magnificent, and Roxburgh is electric in the role. The comedy and tragedy of Cleaver Greene is downright Shakespearian at times, and good luck if you think you can watch only one episode in a sitting. – Lucy Bruckner, Producer

The Adventures of Merlin 85% (BBC) 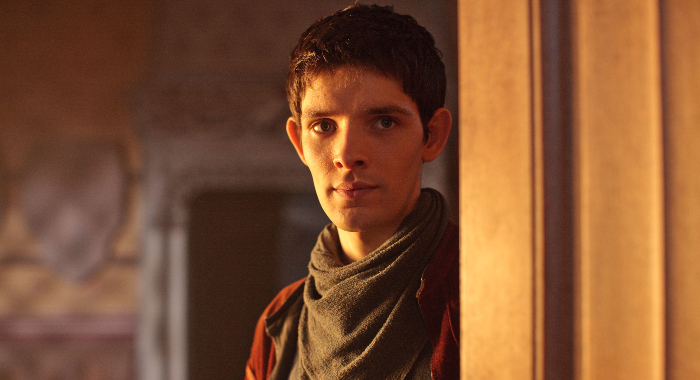 In these strange times, a nostalgia binge can sometimes soothe the savage beast. Have a whole family of little savages? Merlin offers wholesome escapism, and its availability on Netflix makes it a convenient option to entertain families with five seasons worth of jaunty adventure. Some material may be too scary for the youngest of the family, but the fantastical bromance about warlock Merlin (Colin Morgan) and Camelot’s Prince Arthur (Bradley James) as young men battling monsters, fighting for justice, and looking for love holds a universal appeal. Angel Coulby appears as Gwen, Katie McGrath as Morgana, Anthony Head as Uther, Richard Wilson as Gaius, and John Hurt voices Kilgharrah the Dragon. The series also features a who’s-who of international talent as secondary and guest stars, including Asa Butterfield, Santiago Cabrera, MacKenzie Crook, Liam Cunningham, Charles Dance, Warwick Davis, Tom Ellis, and on. Tune in with your preteens and teens to make the day’s headlines magically disappear. – Debbie Day, Sr. TV Editor

Wholesome. Silly. Light on drama. Heavy on fun. Based on a Shonen Jump manga series, the series centers on  Saiki Kusuo, a high school student who was born with a seemingly unlimited number of supernatural powers. After learning as a child that using his abilities in public only causes him trouble, he distances himself from his classmates, and resolves to never again use his abilities in front of people — other than his wacky, eccentric parents. But his aloof personality and inadvertent talent for nearly everything make him a magnet for friendship and romance — attention the all-powerful loner wants to avoid! Saiki soon learns that not even the strongest of superpowers can thwart the perils of high school. Paced like a series of comic strips, this show is full of absurd plot lines that will crack you up, and characters so charmingly silly, you can’t help but love them. – Tyler Lorenz, Media Coordinator

Note: The above trailer is for Saiki‘s sequel series, Reawakened. 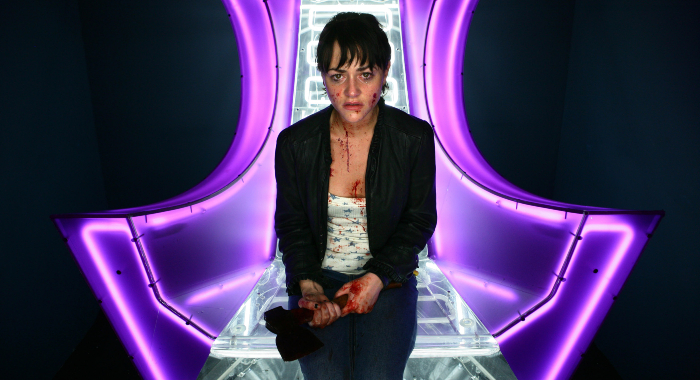 Before he created Black Mirror, Charlie Brooker gifted us with this horror flick/reality TV mashup that stems from a brilliantly simple premise: What would happen to the people in the Big Brother house if a zombie apocalypse broke out on the outside? The metaphor that plays out in the series can feel a tad overdone — the folks watching reality TV, and the folks featured in it, are just like… zombies! — but it’s smartly written, frequently hilarious, and often very, very scary. The performances are all great, too; look out for a young Riz Ahmed in one of his earliest TV roles. Interestingly, I was reminded to rewatch the series after hearing Brooker on the “Scriptnotes” podcast; in an episode devoted to how writers were handling the current pandemic, Brooker noted the similarities between the setup for Dead Set and news reports in March about the German cast of Big Brother being told of the unfolding Coronavirus pandemic out in the real world. – Joel Meares, Editor-in-Chief

Where to Watch: Netflix,