The early work of some of TV's biggest stars is the ideal binge after football season.

Football season may be over, but five seasons of Friday Night Lights are waiting to fill the void for you on Amazon Prime and Netflix. If you haven’t seen it already (and even if you have), Friday Night Lights is the perfect binge for sports fans and fans of good storytelling. For a show that launched the careers of Connie Britton (American Horror Story, Nashville) and Taylor Kitsch (Battleship and the upcoming season of True Detective), FNL deserves a chance to win over anyone who didn’t tune in during its first run.

What’s the premise? A high school football coach in rural Texas discovers how football defines a town’s culture and influences the relationships of its residents.

What’s it like? FNL has a documentary style look to how it was shot, making each scene more intimate and allowing its audience to feel what each character is going through. It’s as if you took Parenthood — also produced by Jason Katims — mixed in the teen drama of Dawson’s Creek, and set it against a football backdrop.

Where can I see it? All five seasons are available to stream on Netflix, Google Play, iTunes, Vudu, and Amazon Prime.

How long will it take? With 76 episodes at around 45 minutes each, it will take a few weeks if you’re trying to cram it in — which you will, because the show is that good. More realistically, it will probably take two to three months to get through all five seasons if you only watch a couple a day.

What do the critics think? Seasons one and four are Certified Fresh at 90 and 100 percent respectively, while season two is Fresh at 94 percent, and seasons three and five are perfectly Fresh at 100 percent on the Tomatometer. Most of the critics agree that Friday Night Lights is unlike anything on TV in recent years and despite its low ratings, they refused to give up on the show. Joanne Ostrow of the Denver Post said, “The story arcs dare to treat small-town American life in all its solemn complexity. The characters rise above inert cutouts, each following a journey, for better and worse, worth taking.” Matt Roush of TV Guide wrote, “This is a place, and a show, I will never want to leave. It feels like family. But we’re lucky to have been given this much of their story. Underdogs to the end, these are my TV heroes.”

Why should I watch this? If you went to a school where football was big, FNL will bring you right back to those glory days. Set in a small Texas town where a local high school team serves as a source of hope for the community, the series is a character-driven drama fueled by delicate storytelling and a talented cast. The show helped launch the careers of several young actors who were relatively unknown at the time — like Taylor Kitsch, Adrianne Palicki, and Jesse Plemons — and Kyle Chandler, who played Coach Eric Taylor, further established himself with a career-defining role. Thanks to their efforts, you’d be hard-pressed not to find at least one relatable character, which is part of the reason why the show has earned such a loyal fanbase. So you may come to FNL for the football, but it’s the exceptional writing, heartfelt performances, and realistic character relationships that will win you over.

What’s my next step? Friday Night Lights got its inspiration from the non-fiction book Friday Night Lights: A Town, A Team, A Dream by H.G. “Buzz” Bigginger and Peter Berg’s 2004 film of the same name — so those are natural places to start. Also, executive producer Jason Katims was behind the late 1990s sci-fi drama Roswell, currently has About A Boy on the air, and most recently wrapped six seasons of NBC’s Parenthood. If you’re more interested in a quick fix of the two-hour variety, Remember the Titans, Rudy, or Varsity Blues will surely suffice. And if you’re interested in the actors themselves, check out Breaking Bad or the upcoming season of Fargo with Jesse Plemons, Nashville with Connie Britton, and the upcoming new drama from Netflix, Bloodline with Kyle Chandler. And remember, “Clear eyes, full hearts, can’t lose.”

Are you ready to catch up on Friday Night Lights? Tells us why! 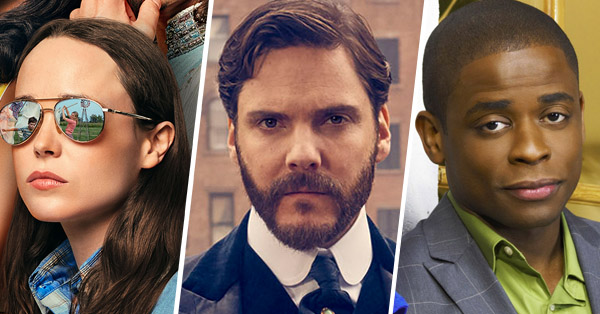 7 TV Shows You Should Binge-Watch This July 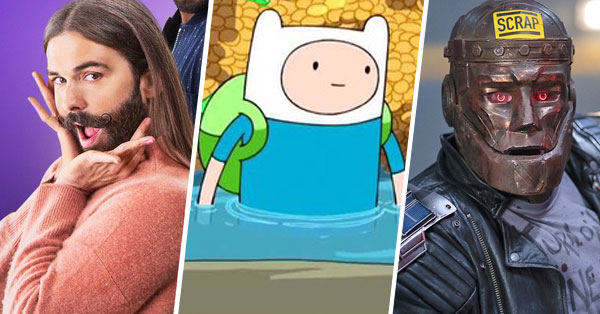