When Netflix announced that they would stream all seven seasons of Gilmore Girls, fans nearly broke the internet with excitement. But the news also means that the uninitiated will have the chance to catch up on the pop culture phenomenon — and find out what phrases like “oy with the poodles already!” really mean.

Here’s everything you need to know before you binge Gilmore Girls, which aired on The WB and eventually The CW from 2000 to 2007.

What’s the premise? A single mother, Lorelai Gilmore (Lauren Graham), and her precocious teenage daughter Rory (Alexis Bledel), live in the fictional small town of Stars Hollow, CT. Lorelai, who manages the Independence Inn, is estranged from her parents (Kelly Bishop and Edward Herrmann), but must seek their help to pay for Rory’s tuition at the elite prep school Chilton.

What’s it like? Gilmore Girls is a dramedy that takes the rapid-fire dialogue of a 1930s screwball comedy, and plants it in a small-town universe like Twin Peaks. Think Newhart, except the leads are best friends who also happen to be mother and daughter, then pack in as much pop culture and coffee as you can into 45 minutes.

How long will it take? There are 153 episodes over the course of the seven seasons, each episode averaging 45 minutes — which equals nearly 115 hours of caffeine-fused, pop-culturing spewing goodness. Even if you drank as much coffee as Lorelai and Rory, and watched a few episodes a day, it would still take you a few weeks to drink in the entire series.

What do the critics think? Regarding the first season, John Carman of the San Francisco Chronicle said the show “seduces viewers with its own fantasy world — well-scrubbed New England town, elegant and happily hip young mom, a general sense of equilibrium — but the cast’s chemistry bubbles and the script is exceptional.” Hal Boedeker of the Orlando Sentinel praised the show’s characters saying, “the Gilmore family is one television clan worth knowing,” and Diane Werts of Newsday said the show “is a witty whirlwind that can suck you in before you know what hit you.”

Why should I watch this? The relationship between Lorelai and Rory is exactly the kind of child-parent relationship we all wish we had, but it’s not so perfect that it feels false. Also, for fans of strange small towns like Twin Peaks, the inhabitants of Stars Hollow are a real hoot (actors from the early-90s David Lynch show appear throughout the series). The colorful characters include Luke (Scott Patterson) the curmudgeonly diner owner (and sometimes-love interest for Lorelai), Rory’s Korean-American best friend Lane (Keiko Agena) who must balance her desire to be a rock-and-roll drummer with her mother’s religious beliefs, and Sookie (Melissa McCarthy) Lorelai’s accident-prone best friend and chef at the Independence Inn. For those who want a little romance, both Lorelai and Rory date just enough for fans to have to choose who they “ship” (Rory/Jess forever!). And pop culture addicts will delight in either being in the know, or having to look up new references with each viewing — entertaining and educational!

What’s my next step? For more from series creator Amy Sherman-Palladino, check out Bunheads. Star Lauren Graham plays another kind of single mom on the long-running NBC drama Parenthood, Alexis Bledel fans should check out Tuck Everlasting and The Sisterhood of the Traveling Pants films, and Melissa McCarthy can be seen on the CBS sitcom Mike & Molly and films Tammy and Bridesmaids.

Are you excited to spend seven seasons in Stars Hollow with Gilmore Girls? Tell us why! 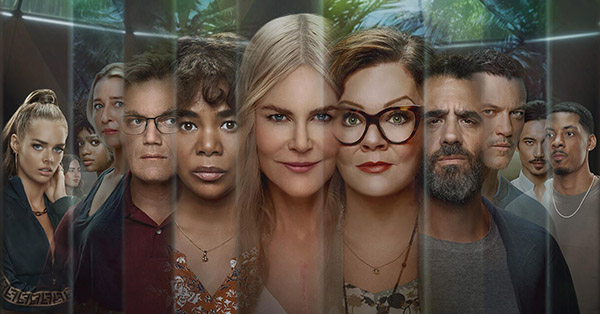