What better time to binge-watch a show than right before its final season? With an award-winning pilot directed by Martin Scorsese, once Boardwalk Empire hooks you, it never lets go.

What’s the premise? At the dawn of Prohibition in 1920, Atlantic City treasurer Enoch “Nucky” Thompson (Steve Buscemi) finds a new way to make a quick buck — bootlegging. Not one to do things on a small scale, Nucky builds a criminal empire that stretches from the shores of Atlantic City to Boston, New York and even Chicago — leaving piles of bodies, stacks of cash, wrecked lives, and bottles of booze in his wake.

What’s it like? It lives up to its HBO pedigree with lush sets, rough language, gratuitous nudity, and jarring violence, during a pivotal time in American history. The pilot takes place during the first year of Prohibition, with women fighting for the right to vote. It’s as if you mixed The Great Gatsby and The Untouchables — but threw in a bit more naked Steve Buscemi (and ladies).

How long will it take? The pilot episode of Boardwalk Empire clocks in at 73 minutes, with each of the subsequent 47 episodes having an average run-time of 53 minutes. Most episodes are gruesomely violent — it earns its TV-MA rating — so depending on your tolerance, you might need to pace yourself. If you’re really determined and don’t mind a good bloodbath, you can do one season a weekend and watch the whole thing in a month — plenty of time to catch up before its final season airs on September 7.

What do the critics think? Critics were wowed by the first season of Boardwalk Empire, with Heather Havrilesky of Salon raving “Boardwalk Empire presents a TV program that’s so polished and beautifully executed, each episode feels as rich and memorable as its own little Scorsese film.” Even its lowest rated season — season two — is 85 percent on the Tomatoemeter. Most critics agree that Boardwalk Empire is a slow burn that requires patience, but often pays off big. Andy Greenwald of Grantland said of the season four finale, “I can safely say the season of Boardwalk Empire that ended last night was, by far, its best.”

Why should I watch this? With a strong ensemble cast, Boardwalk Empire is anchored by a career-defining lead performance from cult favorite Steve Buscemi. Also, Richard Harrow (Jack Huston) displays more emotional depth with half a face than many actors can with their whole body. Boardwalk Empire is the entire package: terrific writing, great acting, lush sets, fine camerawork, humor, romance, violence, drama, hot people doing bad things, not-so-hot people doing bad things, and just enough hope that maybe not everyone is evil. Just don’t get too attached to any of the characters and you’ll do fine!

Did you stick with Boardwalk Empire since the beginning? Tell us why! 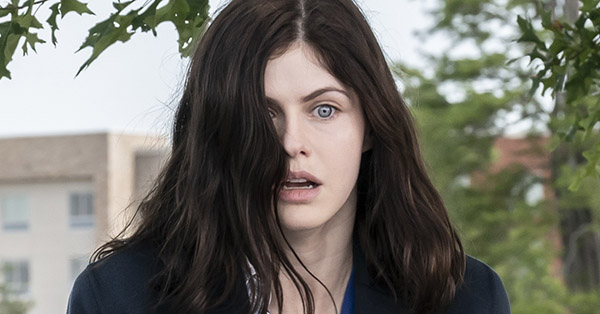