A Quiet Place soars and Ready Player One holds strong on weekend of April 6-8, 2018.

On a weekend when the folks at Paramount would love to shout from the rooftops as loudly as possible, out of respect for their latest release they may just be doing a silent scream (of joy) instead. John Krasinski’s A Quiet Place opened to a huge $50 million, and has broken a stretch of rough openings for the studio — one that goes as far back to January 2017 when enough folks overseas saw xXx: The Return of Xander Cage to dub that film a success. The $17 million-budgeted A Quiet Place may turn out to be the studio’s most profitable film since Mission: Impossible – Rogue Nation. 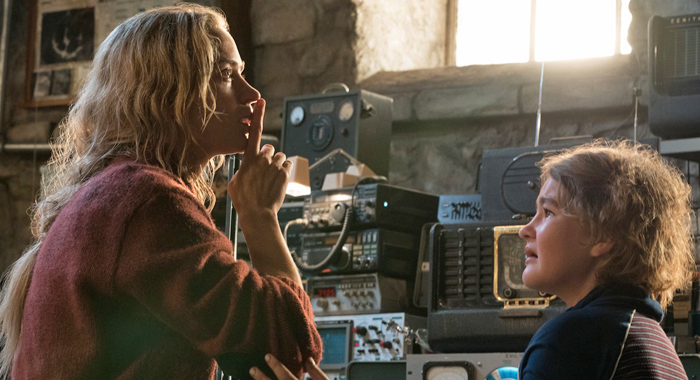 A Quiet Place is setting and matching all sorts of records, including with its 97% rating on our own Tomatometer. That score matches the highest critical score for a wide April release since 2000 (joining the 97%-rated Mud, which opened April 2013), besting movies like The Jungle Book (95%), The Cabin in the Woods (92%), Source Code, and Hot Fuzz (both 91%). When we talk dollar records, the $50 million take this weekend gives A Quiet Place the highest non-sequel, non-remake opening ever for the month of April.

How high can it climb from here? Last January’s Split opened to $40 million and managed a 3.45 multiple to end up with over $138 million domestically. A broader look shows that since 2000, only one film to open between $25-$60 million with more than 90% on the Tomatometer failed to achieve at least a 3x multiple over their opening weekend — last year’s War for the Planet of the Apes. Films that did cross that multiplier include Mad Max: Fury Road (3.38 multiplier), Minority Report (3.70) and Edge of Tomorrow (3.48), also featuring A Quiet Place’s Emily Blunt. So, even a low-end estimate would put A Quiet Place between $150-$169 million for its final domestic total. 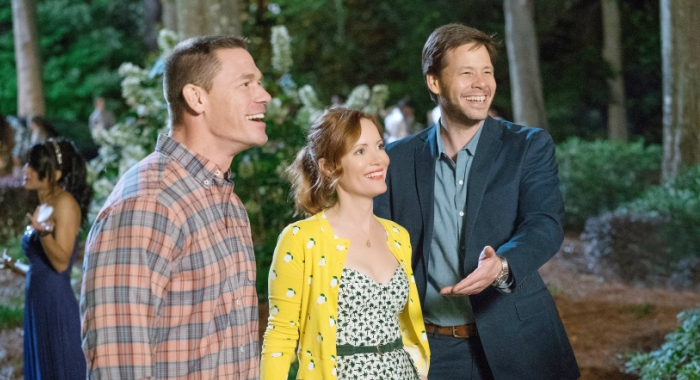 Another SXSW premiere, Universal’s Blockers, is proving there is value in appealing to both adults and teens with your gross-out humor. Its $21.4 million doesn’t quite measure up to the debuts of other big recent SXSW comedy premieres, such as Neighbors ($49 million), Sausage Party ($34.2 million), Knocked Up ($30.6 million) and Bridesmaids ($26.2 million) — the Blockers number is closer to Forgetting Sarah Marshall’s $17.7 million. But there is reason to hope that the film, currently Certified Fresh at 83% on the Tomatometer, will have legs. February’s Game Night, also Certified Fresh at 82%, opened to $17 million and is currently over $66 million for a 3.88 multiple. Do not be too surprised if Blockers follows the same path given the hunger for quality comedies currently in the marketplace. It may face some competition with Amy Schumer’s PG-13 I Feel Pretty (opening April 20), even if Snatched proved to be a disappointing follow-up Trainwreck. (Both were “R”-rated.) Hopefully, Universal doesn’t lose half of Blockers’ audience next week to Blumhouse’s Truth or Dare; if Blockers does hold through April, the $21 million production will get the studio in the win column. 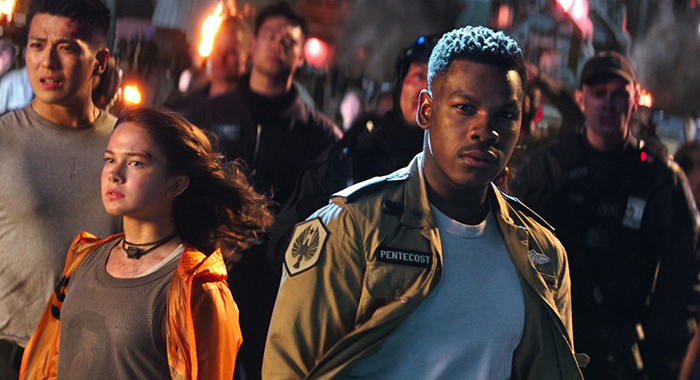 Byron Allen’s Entertainment Studios may have struck a little oil with last summer’s 47 Meters Down, but it’s been pretty dry ever since: Friend Request ($3.7 million domestic on a $9.9 million budget), Hostiles ($29.8 million, $39 million budget) and The Hurricane Heist ($6.1 million, $35 million budget). Now Chappaquiddick has opened with just $6.2 million. The Tomatometer score is solid — 80%, and the Audience Score is almost the same — so there is a chance it may get a word-of-mouth boost, but that may not be enough for its backers to recoup their investment. Meanwhile, Universal’s Pacific Rim: Uprising dropped to ninth place. After its $28.1 million opening, it may end up having the third worst multiple of the year after The Hurricane Heist (2.01) and Proud Mary (2.09).

Best of the Rest: Panther Makes More History, Player One Has Legs 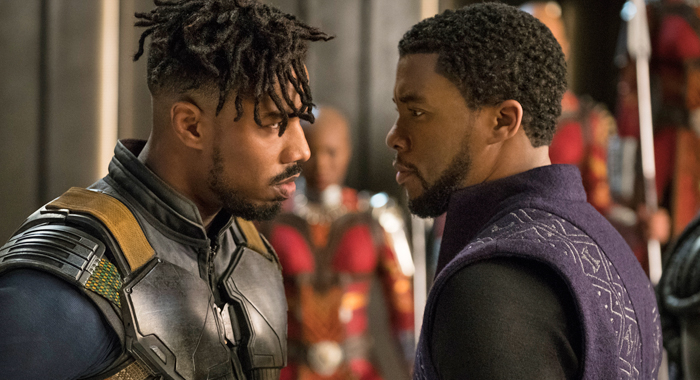 On Saturday, Black Panther passed the gross of Titanic (including all of its re-releases) to become the third highest grossing domestic film of all time, with over $665 million. It is also now the tenth all-time highest earner worldwide, with $1.299 billion, and is currently about $23 million away from passing The Last Jedi for ninth place. Steven Spielberg’s Ready Player One had a very solid hold, dropping just 40%, and has reached $391 million worldwide. (Still looking for all of the film’s Easter Eggs? Check out our video guide.) On the indie front, The Death of Stalin is now the fourth highest-grossing domestic film in IFC Films’ limited-release history, with over $5.5 million. 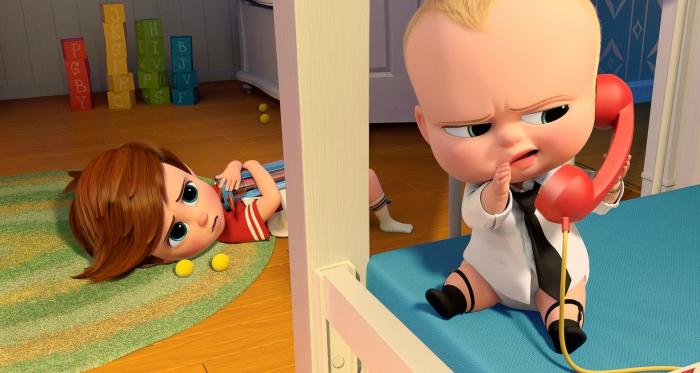 Smurfs: The Lost Village and Going in Style combined were no match for the $26.3 million of The Boss Baby’s second weekend. Disney’s live-action Beauty and the Beast was in second place, reaching $430 million. Jordan Peele’s Oscar-winner-to-be, Get Out, was still chugging along in its seventh weekend, coming in at eighth place, and Logan finished its final week in the top 10 in ninth place. The top 10 movies combined grossed $106.28 million compared to this year’s $142 million. Last year, the average Tomatometer score amongst the top 10 box office earners was 61.8%, while this year it is 68.1%.

On the Vine: A Three-Way Box Office Rampage 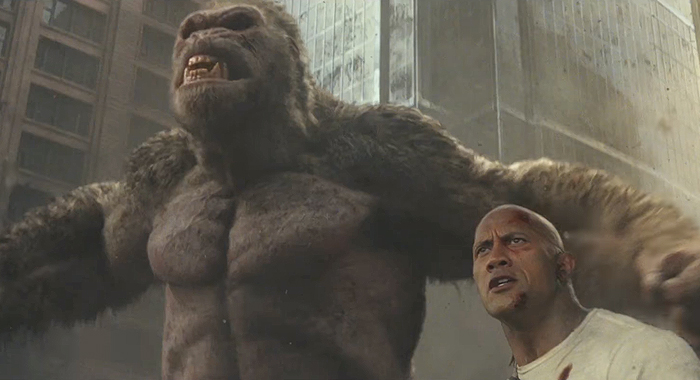 Warner Bros. is hoping to capitalize on Dwayne Johnson’s Jumanji: Welcome to the Jungle success by throwing him into an actual video game adaptation in Rampage. The ’80s arcade favorite is determined to destroy Chicago on screen, but will it destroy any records?  It will need $40.2 million just to beat Scary Movie 4 to enter the top 10 April earners of all time. For context, Johnson opened San Andreas to $54.2 million (that film also directed by Rampage’s Brad Peyton) and G.I. Joe: Retaliation to $40.5 million. So, they may be in with a chance. Also opening, as mentioned, is Blumhouse’s horror film, Truth or Dare. The horror giant’s last four releases have been Insidious: The Last Key, Happy Death Day, Get Out and Split, with the lowest opening among them being $26.3 million. Between Rampage and Truth or Dare, and a solid hold by A Quiet Place, the top three films could all be over $20 million for the second weekend in a row. Until this week, that not happened since the very first weekend this year when Jumanji, Insidious and The Last Jedi topped the charts.