From The Karate Kid sequel on YouTube Red to sophomore installments from contemporary standouts like Dear White People on Netflix, this month offers some critically lauded titles for your binge. Catch up on the series that are not to be missed for May.


What it is: While this is just the first season of Cobra Kai, a series that charts the re-opening of The Karate Kid’s infamous Cobra Kai dojo from none other than Johnny Lawrence himself, the best way to catch up on the series’ characters and rock ’em sock ’em tone is to watch part one (and parts two and three, if you’re so enthused) of the classic 1980s film franchise.

Why you should watch it: It’s 2018, and nostalgia is the name of the game. Luckily, Cobra Kai from creator Robert Mark Kamen has it in spades. Featuring committed performances from Karate Kid original players Ralph Macchio as Daniel and William Zabka as Johnny, this 10-episode reboot on YouTube Red feels as comfortable and entertaining as ever, and it’s further brought to life by an ensemble of young actors finding their own footing in the discipline of karate. The streaming service releases all 10 episodes of the series’ inaugural season  May 2, with the pilot and second episode available for free.

Commitment: Approx. 5 hours for Cobra Kai on YouTube Red; another 6 hours for The Karate Kid movies 1-3; around 15 hours if you really commit and continue your binge with The Next Karate Kid, starring Pat Morita and Hilary Swank, and 2010’s The Karate Kid remake starring Jaden Smith


What it is: In a not-to-distant future, the city of Los Angeles has been taken over by alien hosts who have recalibrated the entire world order; mankind is now subservient to the new reining power. That power is put to the test, however, when one family decides to sneak across their borders in hopes of saving their son, who was separated from them during “the arrival.”

Why you should watch it: Colony doesn’t want for TV star power: from creator Carlton Cuse (Lost, Bates Motel) to stars Lost vet Josh Holloway and The Walking Dead and Prison Break fan-favorite Sarah Wayne Callies. Their presence alone is enough for many to tune in, but over the course of two standout seasons, the USA sci-drama has grown legs of its own and is grade-A entertainment for fans of the genre. Performances are matched by set design and special effects, but really, it’s a family drama at its core. Season 3 premieres May 2.


What it is: Based on writer-director Justin Simien’s 2014 film of the same name, Dear White People takes place on a predominantly white Ivy League college campus and, through the perspective of several different African-American characters, explores and satirizes the racial tensions, microaggressions, and social injustices experienced while there.

Why you should watch it:  As funny as it is revealing, this truly ensemble piece for Netflix fearlessly goes where other programs don’t dare to, not just representing the current social and political climate, but crystallizing lasting truths within it. Airtight scripts and a bevy of standout performances make season 2 a must-watch for fans new and old. Season 2 premieres in full May 4.

Commitment: Approx. 4 hours (season 1); around 8 if you binge season 2 as well 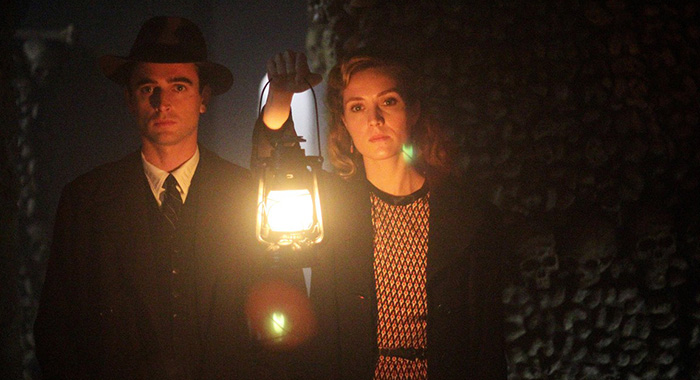 What it is: This fictional period piece inspired by real, World War II–era events follows five young recruits through their training as spies at a secret Canadian facility called Camp X — and beyond as they infiltrate their European enemies’ headquarters across the Atlantic.

Why you should watch it: This is a period piece that won’t leave you yawning. Sleek, full-throttle espionage-thriller story arcs and memorable characters to match, this CBC-turned-Ovation series is as contemporary a period piece as you’re likely to find. Think more Kingsman and less Downton Abbey. Season 2 premieres May 7.

Where to watch it: On Ovation, Ovation on demand through your cable provider, and on the Ovation NOW app available in the iTunes store and Google Play store


What it is: Like Company X, Six on History is a fictional series inspired by true events. In this case, it follows the day-to-day at-home lives of SEAL Team Six side-by-side with their high-risk overseas missions. The main plot picks up here when their ex-comrade, Rip, is held hostage by the Taliban and a rescue mission ensues.

Why you should watch it: One name: Walton Goggins. This veteran character actor has been a scene-stealing supporting actor in all genres on screens big and small for years, and after his turn in Quentin Tarantino’s The Hateful Eight, Six solidified his leading man chops as Rip, the troubled SEAL needing rescue. Add to the mix a never-better Barry Sloane and a slew of other robust performances, and this character-driven drama surpasses the action-first fare of its wartime-set contemporaries. Season 2 premieres May 28.

Where to watch it: Amazon, Google Play, Hulu, Vudu

What it is: Based on the 2010 Australian feature film from writer-director David Michôd, Animal Kingdom resets itself in Los Angeles and showcases the city’s grittier side through a crime family led by iron-fisted matriarch Janine “Smurf” Cody (Ellen Barkin). Our point of entry is Joshua “J” Cody (Finn Cole), a 17-year-old who’s swept up into the family business after his mother dies of a heroin overdose.

Why you should watch it: Ellen Barkin, Ellen Barkin, Ellen Barkin. The series’ thrilling writing and direction led by creator Jonathan Lisco is well worth the watch, but Barkin (Tony and Emmy winner and two-time Golden Globe nominee) brings a conniving richness to Smurf that must be seen to be believed. Season 3 premieres May 29.

What it is: After the unexpected death of their father, estranged siblings Ralph-Angel (a conman fresh out of prison), Nova Bordelon (a New Orleans–based journalist and activist), and Charley Bordelon (an upper-class Los Angeles mother to a teenage son) move to rural Louisiana to claim their inheritance: hundreds of acres of sugarcane farmland.

Why you should watch it: Queen Sugar is the result of women both behind and in front of the camera joining their formidable powers: executive producer Oprah Winfrey; executive producer, director, and writer Ava DuVernay; stars Rutina Wesley and Dawn-Lyen Gardner; and other female directors for each episode of seasons 1 and 2. And their work isn’t the only stunning thing to the series; sprawling locations under the Louisiana sun and timely discussions of prejudice across race and sex and issues of mass incarceration make it a thought-provoking family drama. Season 3 premieres May 29. 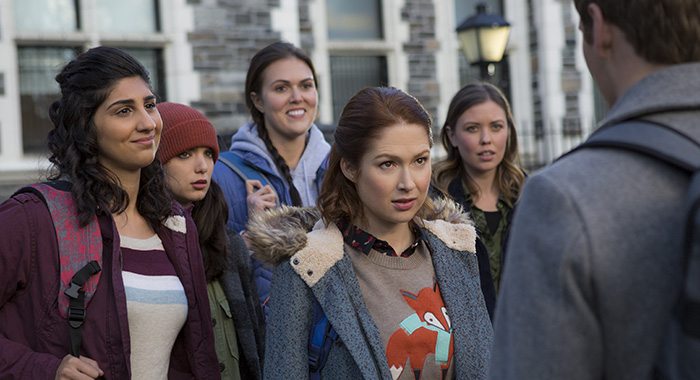 What it is: After Kimmy Schmidt (Ellie Kemper) is rescued from an underground bunker where she was being held captive by a brainwashing cult leader, she does what any young woman who wants to see the world would do: She moves to New York City! The Netflix comedy is from creators Robert Carlock and Tina Fey.

Why you should watch it: Kimmy, her new roommate Titus Andromedon (Tituss Burgess), her new boss Jacqueline (Jane Krakowski), and her landlady Lillian Kaushtupper (Carol Kane) are sure to put a little pep in your step (and for more reasons than the titular hero’s incessant optimism) through their New York misadventures (and misunderstandings). The first half of season 4 premieres May 30.