Plus, A Bad Moms Christmas earns yuletide jeers, LBJ is a banal biopic, and Alias Grace is also Certified Fresh.

This weekend at the movies, we have a Norse god on an adventure with his friend from work (Thor: Ragnarok, starring Chris Hemsworth and Tom Hiddleston), a subpar matriarchs yuletide (A Bad Moms Christmas, starring Mila Kunis and Kristen Bell), and a presidential biopic (LBJ, starring Woody Harrelson and Jennifer Jason Leigh). What are the critics saying? 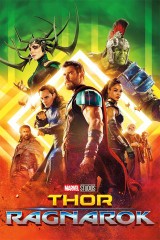 The Marvel Cinematic Universe‘s decade of box office domination has been pretty much all-around impressive, but not all superhero blockbusters are created equal, and the Thor franchise has been the de facto black sheep among the studio’s growing roster of critical and commercial hits. That looks likely to change with the third installment, Thor: Ragnarok, which sees acclaimed indie director Taika Waititi taking the reins for a colorful adventure that bears witness to the destruction of Asgard, the exile and enslavement of Thor, and a Norse doomsday prophecy — and somehow manages to make it all a lot of fun. Critics say Waititi’s loose, improv-friendly approach brings out the best in leading man Chris Hemsworth, who gets an able assist from Mark Ruffalo as the Hulk, and the cast lives right up to the MCU tradition of stocking its ensembles with respected veterans — in this case Jeff Goldblum, who appears as the Grandmaster, and Cate Blanchett, who strides into the Marvel Universe as the nefarious Hela. Nearly 20 movies into the MCU, the mythology is more unwieldy than ever, but Marvel keeps managing to find a way to balance its rich history against good old-fashioned popcorn fun — and Thor: Ragnarok looks like it’s even more fun than most. 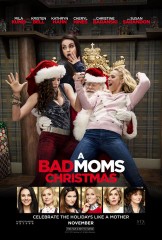 Last year’s Bad Moms wasn’t really anyone’s idea of a critic’s favorite. It united an extremely talented cast in pursuit of mildly transgressive comedy honoring an underserved audience, however — and it made plenty of money in the bargain, so a sequel was basically a foregone conclusion. It arrives in the form of A Bad Moms Christmas, which reunites leads Mila Kunis, Kristen Bell, and Kathryn Hahn in an appropriately holiday-themed follow-up that, following the grand sequel tradition, ladles on another helping of the original ingredients while managing to somehow raise the stakes. In this case, it’s by introducing the bad moms’ bad moms — played by Christine Baranski, Cheryl Hines, and Susan Sarandon — who show up to visit their daughters and threaten to derail our harried heroines’ holidays. Throw in some petty theft, day drinking, and a little yuletide twerking, and you’ve got yourself an appropriately bawdy time; unfortunately, critics say none of it is really all that amusing. The cast definitely has comedic chops, and their efforts are good for a chuckle or two, but reviews describe a movie more focused on raunchy gags than an engaging story — and one that splits up its engaging leads far too much of the time. Here’s hoping that A Bad Moms Fourth of July hits more often than it misses; in the meantime, you might as well wait to watch this until you’ve got a tall mug of high-proof eggnog to help pass the time. 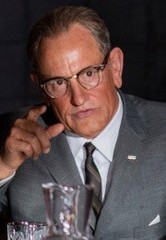 A nation divided! A White House in turmoil! No, it isn’t a documentary about the aftermath of the 2016 election — that’s 11/8/16, also opening this week. We’re talking about LBJ, the new Rob Reiner release starring Woody Harrelson as the cantankerous Texas senator who ascended to the presidency after John F. Kennedy’s assassination. You don’t have to be a historian to know Johnson’s legacy is a fascinating blend of ambition and ideals, and by all rights, this should be a brilliantly entertaining biopic, especially with an old pro like Reiner directing a star who’s recently delivered some of the best work of his career. Alas, critics say it just wasn’t to be: at its best, LBJ merely skims the surface of its subject’s story, and even though it benefits from focusing on a narrow period in his political career, the end result is neither as illuminating nor as hard-hitting as it should have been — flaws thrown into even starker relief by the mounds of latex altering Harrelson’s appearance. If you want to watch a solid movie about our 36th president this weekend, your best bet is still last year’s HBO release All the Way, starring Bryan Cranston as Johnson.