Plus, Morgan fails to live up to its premise, and You're the Worst is Certified Fresh.

This week at the movies, we’ve got a pair of lighthouse-dwelling impromptu parents (The Light Between Oceans, starring Michael Fassbender and Alicia Vikander) and a synthetic humanoid facing off against a corporate consultant with the power to order its extinction (Morgan, starring Anya Taylor-Joy and Kate Mara). What do the critics have to say? 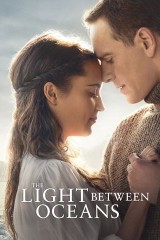 Nothing quite heralds the arrival of the fall season at the box office like a prestige drama — you know, the kind that comes with beautiful, sad-looking stars and a classy serif font on the poster. This year, just in time for Labor Day, we’ve got The Light Between Oceans, writer-director Derek Cianfrance‘s adaptation of the M.L. Stedman bestseller about a couple (Michael Fassbender and Alicia Vikander) whose marriage is haunted by his painful past and their shared grief over not being able to have a child — until a boat washes up on the shore of their lighthouse with a dead man and a baby inside. That discovery sets up a sumptuously filmed old-fashioned weepie that reviews describe as lovely to look at and undeniably effective, albeit also fairly chilly and dark. It seems likely we’ll see more satisfying dramas this season, but if you’re looking to get your cry on this weekend, the critics say you can safely head toward The Light Between Oceans. 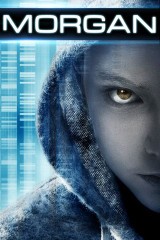 Luke Scott, son of Ridley, makes his directorial debut with this weekend’s Morgan, a sci-fi thriller about a lab-grown organism (Anya Taylor-Joy) whose potentially lethal powers prompt a visit from a consultant (Kate Mara) sent to assess whether “she” should be terminated. It’s a premise with a number of intriguing possibilities, some of which have been examined by the elder Scott with powerful results (see: Blade Runner), but unfortunately, critics say Morgan isn’t really interested in exploring enough of them. Reviews describe the end result as a fairly boilerplate action picture whose standard set pieces aren’t nearly enough to cover the hole where a truly intelligent narrative might have fit, and although it’s still fairly painless as these things go, you might just be better off waiting for the rental.

You’re the Worst continues to chart serious territory with intelligence, heart, and noxious wit in its third season, even as the anti-rom-com’s damaged narcissist protagonists slowly start to get over themselves.