The Hunger Games: Mockingjay - Part 2 is a Satisfying Sendoff

Plus, The Night Before is uneven but often hilarious, and Jessica Jones and The Man in the High Castle are Certified Fresh.

This week at the movies, we’ve got Katniss Everdeen (The Hunger Games: Mockingjay – Part 2, starring Jennifer Lawrence and Julianne Moore), some party-hearty bros (The Night Before, starring Joseph Gordon-Levitt and Seth Rogen), and a dogged detective (Secret in their Eyes, starring Chiwetel Ejioforand Julia Roberts). What do the critics have to say? 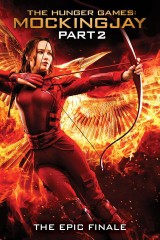 The Hunger Games franchise has helped make Jennifer Lawrence a household name, and critics say her assured performance as Katniss Everdeen is the best thing about The Hunger Games: Mockingjay – Part 2, a satisfying — if occasionally overly grim — conclusion to the series. This time, Katniss leads a guerilla army to eliminate the despotic President Snow (Donald Sutherland) — and discovers that some within the rebellion may have agendas of their own. The pundits say Mockingjay – Part 2 is bleak and a little too long, but it’s also rousing, jolting, and intelligent, which befits a saga that has done much to alter the action movie landscape. 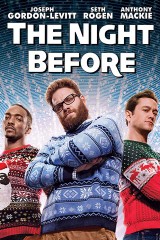 When Seth Rogen, Joseph Gordon-Levitt, and director Jonathan Levine last joined forces, the result was 2011’s 50/50, a funny, heartfelt dramedy that was as moving as it was funny. Anthony Mackie joins them in their latest collaboration, The Night Before, and critics say the result is a surprisingly warm holiday bromance, even if its drug-fueled humor sometimes misses the mark. Boyhood buddies Isaac (Rogen), Ethan (Gordon-Levitt), and Chris (Mackie) have traditionally celebrated Christmas Eve with hedonistic yuletide festivities; now faced with looming adult responsibilities, the trio reunite to seek out one last, legendary party. The pundits say The Night Before is suitably raucous and unexpectedly sweet, though it might not tickle your funny bone as often as you might want. 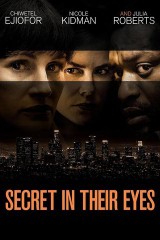 Not every American remake of a foreign language film is doomed to failure; some, like Best Picture winner The Departed, have equaled or surpassed the originals. Unfortunately, critics say Secret in their Eyes (based upon the Oscar-winning 2009 Argentinian film of the same name) never justifies its own existence, despite the best effort of an A-list cast that includes Chiwetel Ejiofor, Julia Roberts, and Nicole Kidman. Ejiofor stars as a former FBI agent who has resumed his investigation into the murder of a colleague’s daughter after discovering new information — but solving this mystery may uncover even darker secrets. The pundits say Secret in their Eyes lacks the specific political context that made the original so chilling, and what’s left is little more than a decent police procedural.

The Man in the High Castle is unlike anything else on TV, with an immediately engrossing plot driven by quickly developed characters in a fully realized post-World War II dystopia.

Jessica Jones builds a multifaceted drama around its engaging antihero, delivering what might be Marvel’s strongest TV franchise to date.