The Accountant Yields a Modest Return on Investment

Plus, Kevin Hart: What Now? is funny, and guess Max Steel's Tomatometer.

This week at the movies, we have a gun-toting savant (The Accountant, starring Ben Affleck and Anna Kendrick), a guy with some jokes (Kevin Hart: What Now?, starring Kevin Hart), and a teenage superhero (Max Steel, starring Ben Winchell and Maria Bello). What are the critics saying? 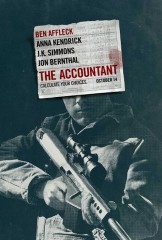 Ben Affleck goes from the Batcave to the balance sheets with this weekend’s The Accountant, an action thriller with a twist: His character, numbers wiz Christian Wolff, has personality traits indicating he’s on the autism spectrum. That’s a rather unique ingredient for a movie whose main character is a CPA who can also kick bad-guy butt — but unfortunately, critics say it’s also pretty much the only interesting element in an otherwise (ahem) by-the-numbers affair. Although Affleck’s earned positive reviews for his appropriately affectless performance, reviews describe the movie surrounding it as messy, preposterous, and — worst of all — not terribly exciting. Affleck fans hoping for hard-hitting cinema may want to hold out for Live by Night‘s limited release on December 25. 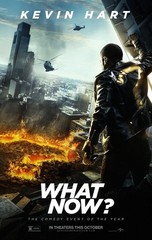 During the stand-up tour commemorated with Kevin Hart: What Now?, Hart played to record-setting crowds — including the sold-out stadium set captured in the film — which makes this one live comedy film with an obvious built-in audience. Critics say that crowd will be well served by the material Hart performs here, which includes its share of guffaw-worthy punchlines and gets by on the comedian’s bottomless well of energy even when the jokes don’t land quite as squarely as they should. If you’re a fan, in other words, Kevin Hart: What Now? is a safe investment of your ticket-buying dollar; if you aren’t, it won’t change your mind, but you probably weren’t planning on seeing it anyway. 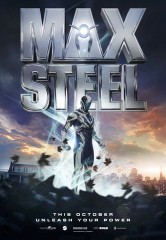 A seemingly ordinary teenage boy unites with an alien symbiote to save the world in Max Steel, the long-gestating live-action adventure based on the Mattel action figure and animated series. Unfortunately, it wasn’t screened in advance for critics, so we can’t tell you whether this latest toy-to-film adaptation clears the bar set by Battleship or Jem and the Holograms. You know what that means: guess the Tomatometer!

The arrival of the more famous cousin in Supergirl does nothing to detract from the show’s lead, who continues to deliver strength, action, and relatability.

American Housewife is boosted by a strong and enjoyable lead performance by Katy Mixon, yet her performance alone strains to sustain an excessively quirky show that relies too heavily on stereotypes.

Falling Water attempts complexity and intrigue but churns out an unimaginative concept lacking a redeemable payoff.