The Film and TV Star Enjoys a Fine Variety of Films from Chinatown Down to Alone in the Wilderness. 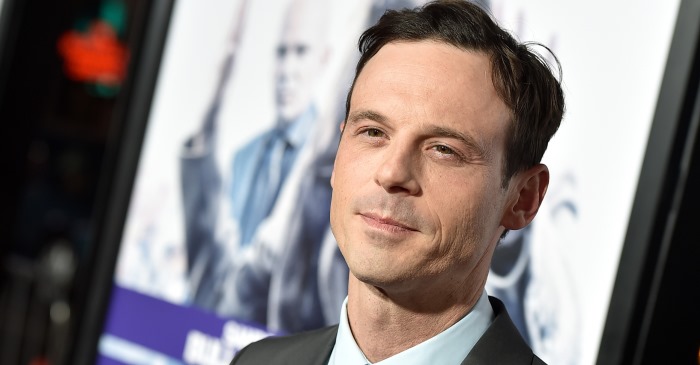 In the action thriller Sleepless, which opened earlier this year, versatile character actor Scoot McNairy (Halt and Catch Fire, 12 Years a Slave, Aftermath, the new season of Fargo, and the upcoming Godless on Netflix) starred opposite Jamie Foxx as a villainous mobster who orchestrates a kidnapping when he’s robbed of a shipment of his cocaine. The film hits DVD, Blu-ray, and On Demand this week, and that gave us a great opportunity to talk to McNairy about his Five Favorite Films. Read on for his eclectic list. 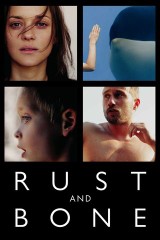 I just thought the tone and the feel of that movie — the way it sort of characterized small people in such small ways — it gave you so much information about them. It was so brilliantly done. As well as the struggle and the performance from the characters was incredible. Marion Cotillard, I thought, was robbed from an Academy Award. I thought she was just amazing in that. The story was so different and interesting. I just thought everything about it was really good. It just tapped into every single emotion that you had, went through the whole wheelhouse. I just loved it. 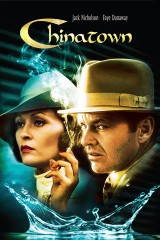 Chinatown sort of has this classic Hollywood vibe to it, or — not vibe — feel to it. I was always fascinated with sort of the old Hollywood, old architecture, the way Hollywood was back in the ’20s and the way that it captured all that, as well as the story and the acting. It’s just one of those films that I find myself watching over and over and over. I love seeing Jack Nicholson when he’s young — and his voice. All that stuff about him is so interesting to watch.

It’s amazing how riveting a movie about water can be.

Yeah, but it’s so cool to see how much Los Angeles has changed based on what you could see they were shooting then. Now, I know that that obviously wasn’t the old orange orchards, but you just get this idea of this vast sort of country land that is now a sprawling metropolitan city. Which is just incredible to me, in how fast it has grown. That’s always interesting, sort of looking at locations and then seeing those locations when you are driving around town. 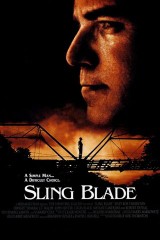 Sling Blade. I loved it. It was a southern story and it was such a simple story, but the character work was just some of the best that I’d ever seen. I was fortunate enough to work with Billy Bob [Thornton] recently and — just looking back at that movie and what he did and knowing him as a person — it was just one of the most interesting, well-designed characters. It’s always fascinating to watch. 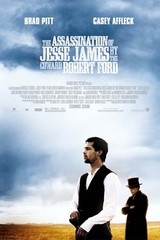 I grew up watching western films, and for someone to slow down the pacing to a sort of a western drama — I just thought was so incredibly well done. The acting in it was absolutely phenomenal. The cinematography of it was beautiful. The tone, the production — just everything about it. Go down the list of everything about all the departments of a film and I feel like everybody nailed it on that one — just knocked it out of the park. It’s just such a beautiful piece of film to watch. Sometimes I like to just play it in the background with the volume off — just to be looking at the imagery of it. Oh, man. Watch it with the lights off. It’s awesome.

Alone in the Wilderness is weird. Somebody gave me this documentary years ago, and I put it in and I watched it about four times in a row. Nothing is really happening in it. This guy is just building a cabin in the woods and sort of narrating it. It’s a true story. It’s actual live footage, 16mm footage of him. I gave it to a buddy of mine and he said the same thing — he was like, “Yeah, I watched it like two or three times in a row.” Another buddy said the same thing. I don’t know what it is. It’s just this guy building this cabin in the woods. I feel like it’s this sort of dream that every guy — or man — has. to go out into the woods and build a cabin and live in the woods. This guy does it, and does it for 40 years, and finally comes down when he’s 80, in Alaska. He just makes it look so feasible or accomplishable that — I don’t know, you just kind of watch it and start dreaming that you could do it too, you know? I think that is what a lot of my buddies felt when I sent them the film. It’s just something I’ve been toying around with — making a movie about it — sort of similar to the events that took place in the documentary, but not.

Sleepless is now available on Digital HD and will be released on Blu-ray, DVD, and On Demand on Tuesday, Apr. 18.