In this week's Total Recall, we look back at the most acclaimed work of the A Quiet Place star.

She’s only been making movies for a little over a decade, but Emily Blunt has already managed to put together an impressive string of critical and commercial hits — and she looks to add to that list with this weekend’s A Quiet Place. In honor of its arrival, we decided to take a fond look back at some of the brighter highlights from Ms. Blunt’s fast-growing filmography. It’s time for Total Recall! 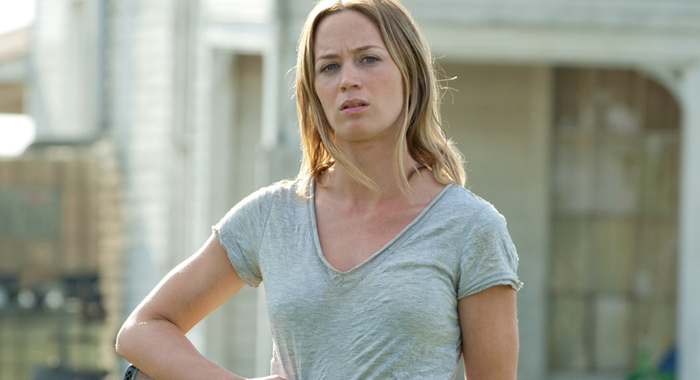 On a superficial (and wholly enjoyable) level, Rian Johnson’s 2012 sci-fi hit Looper is about one man’s life-or-death struggle against his future self. But underneath all the twisty time travel narrative and cool set pieces, it’s really a surprisingly tender drama about a mother’s love — and one grounded by the flinty yet vulnerable performance delivered by Blunt, who plays a homesteading single mom determined to protect her young son at all costs (and maybe unwittingly change the world for the better in the bargain). “That first hour cooks,” marveled the Chicago Tribune’s Michael Phillips. “And the second hour brings Emily Blunt into the story, which is a fine thing for any second half to offer.” 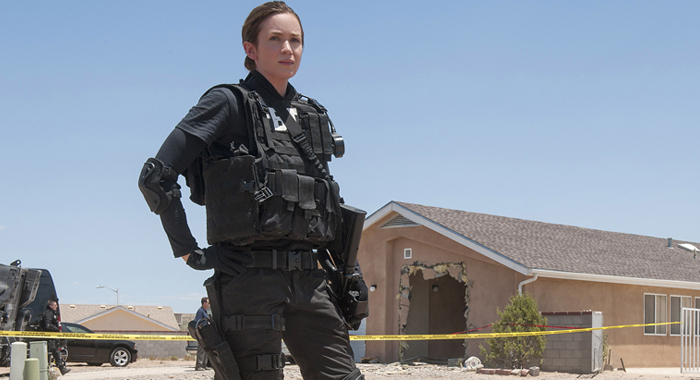 Some pretty powerful films have been made about the international drug trade, and at this point, if you’re going to throw your cinematic hat in the ring, you’d better be prepared to add a singular statement to the genre. Director Denis Villeneuve managed to pull it off with 2015’s Sicario, starring Blunt as an FBI agent who teams up with a pair of CIA operatives (Josh Brolin and Benicio del Toro) to bring down a Mexican cartel. In terms of plot outline, it’s boilerplate stuff — but in Villeneuve and screenwriter Taylor Sheridan’s hands, and through the stellar efforts of the well-chosen cast, the end results are elevated considerably. “Far from being just another crime story,” wrote the St. Louis Post-Dispatch’s Calvin Wilson, “Sicario is cinema at its most ambitious.” 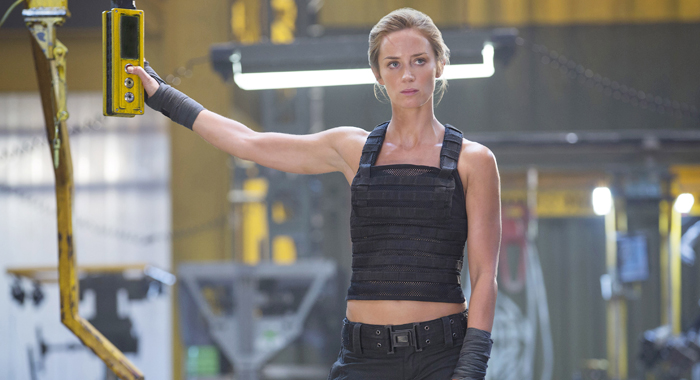 By the time Edge of Tomorrow arrived in theaters, we’d all seen Tom Cruise play action hero countless times — and he’d even helped save the world from an alien invasion, as his character was called upon to do in this Doug Liman-directed sci-fi flick. But Tomorrow came with a couple of fairly nifty twists: one in the form of a timeloop plot device that sent Cruise plummeting back into the same chaotic day on the battlefield until he could manage to get it right, and the second with a story that made Cruise an unwilling and borderline incompetent hero who needed to be trained to fight by the movie’s true badass, played by Blunt. The end result, as critics were fond of pointing out, was a little like Starship Troopers meets Groundhog Day, and all kinds of blockbuster fun. As Kenneth Turan put it for the Los Angeles Times, “It’s a star-driven mass-market entertainment that’s smart, exciting and unexpected while not stinting on genre satisfactions.” 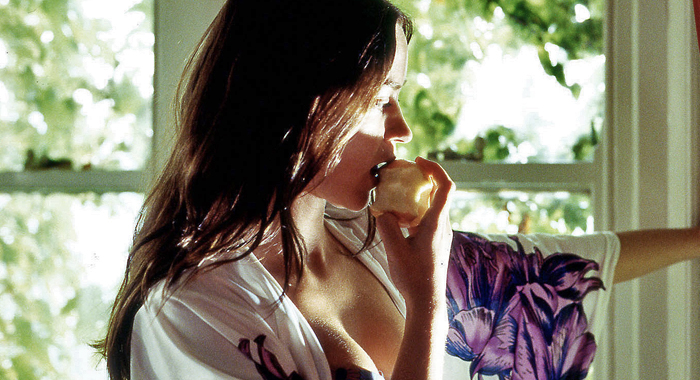 After acclaimed early performances on the stage and on television, Blunt continued her winning streak with her big-screen debut, 2004’s My Summer of Love, in which she played an upper-class British teen who embarks on a seemingly star-crossed relationship with a girl from the wrong side of the tracks. Although it wasn’t a huge commercial hit, Love was consistently acclaimed — Blunt and co-star Natalie Press shared an  Evening Standard British Film Award for Most Promising Newcomer — and it led directly into more high-profile roles, something predicted by more than a few critics. “Remember these names,” wrote Moira MacDonald for the Seattle Times. “Remember this strange, lovely movie.” 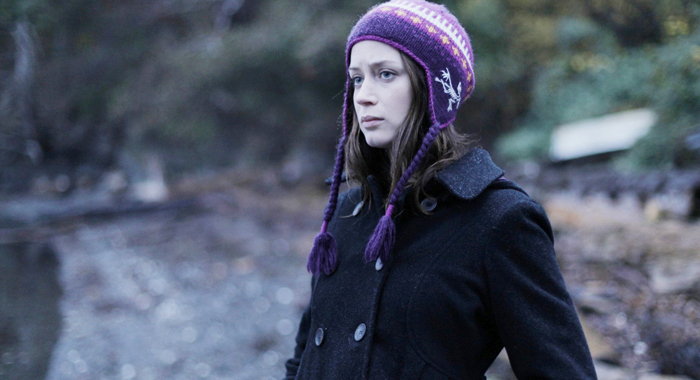 Ah, the love triangle — always good for a bit of drama. That’s exactly what you get out of Lynn Shelton’s Your Sister’s Sister, an absorbingly low-key drama starring Mark Duplass as a guy who borrows a cabin from his deceased brother’s ex-girlfriend (Blunt), only to show up and find her sister (Rosemarie DeWitt). Questions of grief, unspoken feelings, and sexual identity soon follow — as well as a generous helping of the well-rounded characters and naturalistic dialogue fans of the filmmaker have come to expect. “Even when the storyline tries to wrench the characters in a certain direction, they keep returning to something real and honest,” wrote Deadspin’s Will Leitch. “I want these people to be my friends.” 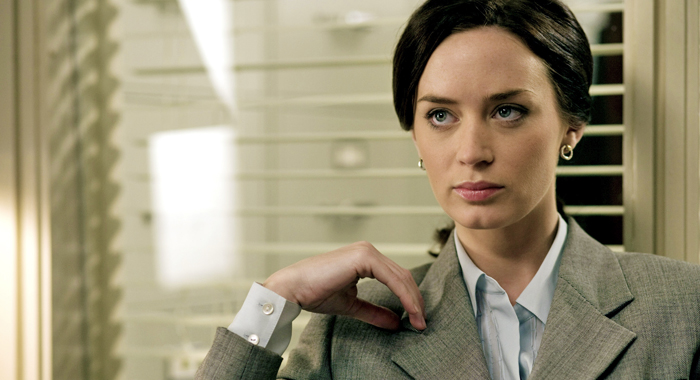 Sign up for a movie whose cast includes Tom Hanks, Julia Roberts, Philip Seymour Hoffman, Amy Adams, and Ned Beatty, and you probably aren’t going to come anywhere near top billing. But even if her supporting turn in Charlie Wilson’s War isn’t one of Blunt’s biggest roles, it rates a mention for a few reasons — it put her in some magnificent closing-credits company, for one thing, and for another, whatever her screentime lacked in quantity, it made up in memorability. Most of all, this Mike Nichols-directed period dramedy about a real-life U.S. Congressman (Hanks) who works with the CIA to try and tilt the balance of the Afghan-Soviet War is pretty all-around entertaining; as Rene Rodriguez wrote for the Miami Herald, “It is so much fun watching these actors enjoy bouncing off each other, it’s almost too easy to forget the importance of the story being told.” 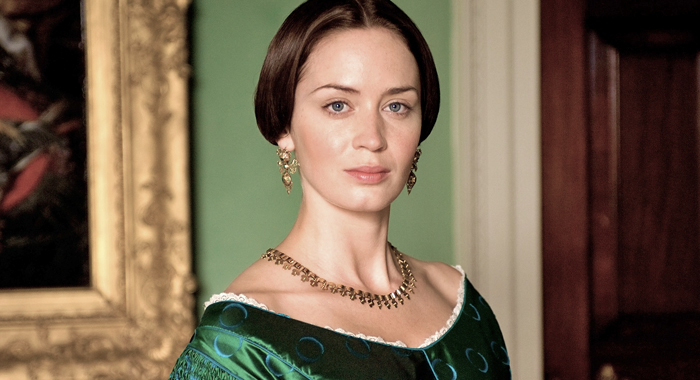 Blunt received a raft of award nominations — including one from the Golden Globes — for her work in the title role of this Jean-Marc Vallée period drama, which dramatizes the power struggle leading up to Queen Victoria’s ascension to the throne as well as the contentious political atmosphere that surrounded her afterwards. Of course, political intrigue will only get you so far with a movie about a queen — you also need a good old-fashioned romance, and Victoria’s tale offered up a doozy in her courtship with Prince Albert of Saxe-Coburg-Gotha (Rupert Friend), who sparked a real romance with the young monarch after being sent to the royal court as part of a would-be seduction ploy by his uncle, the King of Belgium. It all added up to just the sort of beautifully mounted period piece that tends to hit a reliable home run with critics and arthouse audiences, and The Young Victoria did pretty well on both fronts, with Blunt earning copious praise for her performance. “Blunt, her eyes sparking, her manner playful, smart, and proud, shines in the title role,” wrote the Philadelphia Inquirer’s Steven Rea. “If the film itself isn’t brilliant, its star most definitely is.” 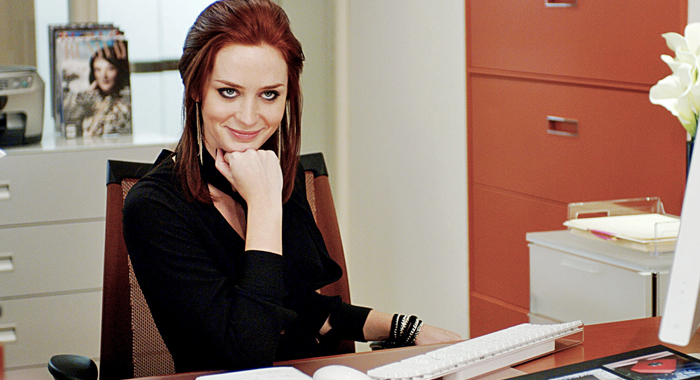 Two years after making arthouse audiences swoon with My Summer of Love, Blunt made her second trip to the big screen — and scored her first blockbuster success. Of course, The Devil Wears Prada‘s $300 million-plus gross had a lot more to do with Meryl Streep and Anne Hathaway’s names on the marquee, but Blunt’s supporting appearance proved she could hold her own with those talented ladies (and displayed a gift for comedy she hadn’t necessarily had a chance to display with her first film). Starring Streep as fashion magazine editor and all-around hellish boss Miranda Priestly, Hathaway as Priestly’s fresh-out-of-college new assistant, and Blunt as Hathaway’s far more experienced co-worker, Prada poked fun at the fashion industry while unabashedly embracing its glamour — and the gambit worked with critics as well as audiences. “The Devil Wears Prada is a movie that revels in pleasure,” wrote Slate’s Dana Stevens. “The pleasure of fashion, of luxury, of power and ambition. It’s also a tremendous pleasure to watch.” 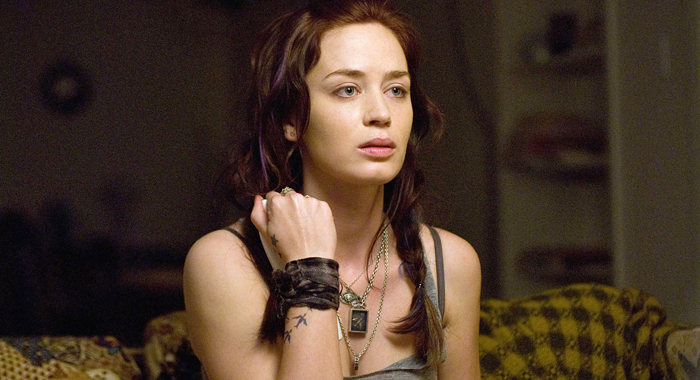 If you’re going to film a quirky indie comedy about a cheerleader-turned-hardworking single mom who decides to clean crime scenes for a living so she can send her son to private school, you could hardly find a better person for the role than Amy Adams — and it would be just as hard to improve upon Emily Blunt as her not-so-sunny sister. While critics carped that the Christine Jeffs-directed Sunshine Cleaning was ultimately a little too burdened with quirky indie clichés to achieve its full potential, they had nothing but kind words to say about its stars. The Toronto Star’s Peter Howell  reflected the opinions of many of his peers when he wrote, “Adams and Blunt rise above the clunky premise and execution to once again demonstrate why they’ve become the go-to girls for any director seeking smart, versatile and warm-blooded talent.” 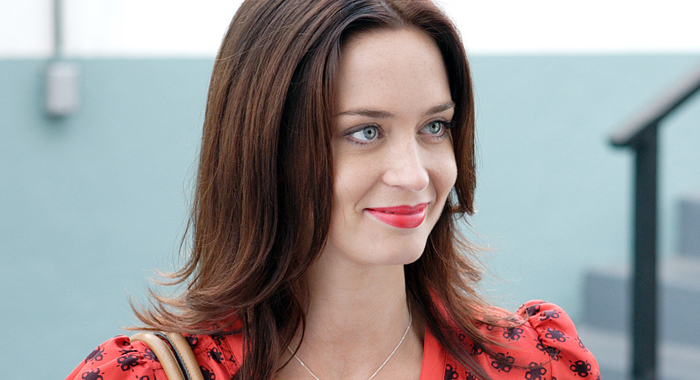 A young showbiz idealist and a jaded pro past his prime, crossing paths at what turns out to be a fateful moment for both of them: if you’ve watched many movies, chances are you’ve seen some variation on this scenario. And while the results tend to land on the charming end of the spectrum — see My Favorite Year for a particularly well-loved example — it’s definitely seen as cinematic comfort food. Hence the warm if not particularly effusive critical response to 2009’s The Great Buck Howard, in which a budding writer (Colin Hanks) falls in with a faded mentalist (John Malkovich) in the midst of a struggling comeback attempt. The solid cast — rounded out by Blunt as the publicist with whom Hanks strikes up a mid-tour affair — helped give the familiar material some added flair, and although this indie release was destined to leave a fairly small mark on the box office, it left most critics satisfied. “The Great Buck Howard is in love with kitsch, the backwaters of showbiz, and true magic,” wrote Owen Gleiberman for Entertainment Weekly. “It’s  a wee charmer that left me enchanted.”