The director goes deep on the revolutionary effects house's work, from Heavenly Creatures to The Lord of the Rings to Mortal Engines and beyond.

Digital effects powerhouse Weta Digital is responsible for some of your favorite movie characters and worlds from the last 25 years. Trust us: Gollum, Caesar, Middle-earth, Pandora. Chances are if it blew your mind, it started at somewhere inside one of the thousands of computers at in Weta’s Wellington, New Zealand headquarters. It’s a mammoth operation, with the Weta Digital team currently working on post-production for the Avatar sequels, Jungle Cruise, and the final season of Game of Thrones, all as Universal releases Mortal Engines – a showcase for the company’s newest and most innovative work – in theaters this December. And yet it all began very humbly in 1993 with Peter Jackson’s Certified Fresh second film, Heavenly Creatures, for which the director wanted to tinker with digital effects almost for the sake of it. He founded the company with Richard Taylor and Jamie Serkik, got to work, and would eventually change moviemaking as we knew it.

Here, Jackson – who co-wrote the screenplay for Mortal Engines with Philippa Boyens and Fran Walsh and is a producer on the film – walks us through the history of the company, from the moviegoing experience that turned him onto digital effects through to writing new programs for The Lord of the Rings and finally to the roaming “predator cities” that roam the Earth in Mortal Engines. In the early days, he admits, it was all about “gnarly.”

What follows is a history of Weta Digital, drawn from an extended sit-down interview with Peter Jackson and Mortal Engines director Christian Rivers.

“I really thought I was seeing a living, breathing, T-Rex.”

“The one event that happened is… Jurassic Park happened. We were getting into Heavenly Creatures and I went to see Jurassic Park, and, you know, the Tyrannosaurus Rex – I really thought I was seeing a living, breathing T-Rex. I just thought, my god. Whatever the future of visual effects is, it’s now gotta be computers.” 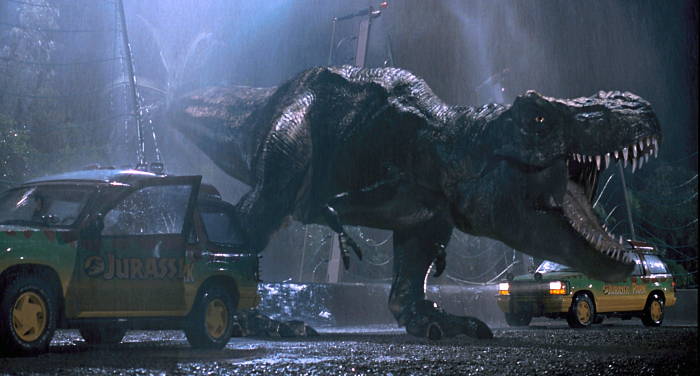 “We started on Heavenly Creatures with one computer – I think we still have it, it’s a doorstop now.”

“We started on Heavenly Creatures with one computer, one single box. I think we actually still have it, and I think it’s a doorstop now – we’ve sort of got our memorial doorstop. But that was so bloody expensive and it took us forever to save up and buy. We’ve got probably six or seven thousand computers [now]. Right up to Heavenly Creatures I’d done some horror movies and things, and we’d always done our own effects, which was all prosthetics and props and zombie stuff and all that. We had done it ourselves – I love effects, I’d never wanna give them to somebody else to do, because they’re part of the fun of filmmaking.”

“We did the effects really just for the sake of doing some CGI, so we’d actually just start to figure it out.”

“To tell you the truth, we didn’t really need any CGI in [Heavenly Creatures]. But, we used the film as an excuse to buy one computer, just to put our toe in the water. And we had a guy, one guy, who could figure out how to work it, and we got a couple of bits of software, and we did the effects in Heavenly Creatures really just for the sake of doing some CGI effects so we’d actually just start to figure it out. And then on The Frighteners, which was the next movie we [did], we went from one computer to 30 computers. It was a pretty big jump.” 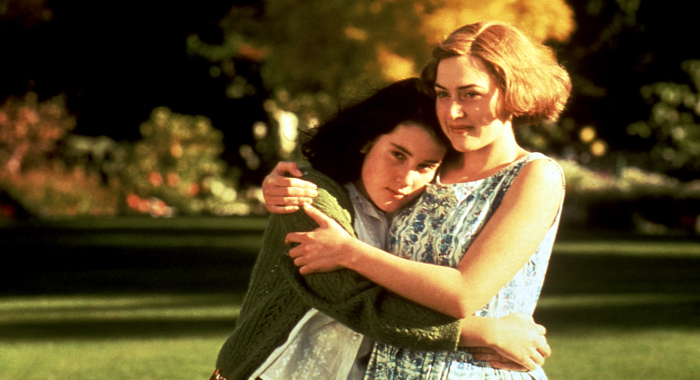 “Cloth was one of the things that people hadn’t managed to figure out yet – when you look at it today, it’s pretty gnarly.”

“The big nightmare for us on that movie was to do CGI cloth, because one of our characters was a grim reaper-type guy with a flying black robes. So we had to do CGI cloth flowing. Cloth was one of the things that people hadn’t managed to figure out yet, so, we had code-writers writing our code to do cloth for us. When you look at it today it’s pretty crude, pretty gnarly – it looks like stretchy pasty vinyl, it doesn’t really look like cloth. [You can] buy a piece of software for a [cheap] that can do far better cloth now.”

“It usually involves water or fire.”

“First of all, [you’re] driven by what you have to do, you know? What is the result? We use a lot of readily available, not particularly expensive off-the-shelf programs [to create effects], but occasionally you do get something you would like to do – and it usually involves water, you know, splashing the water, or river water, or fire. That sort of thing that off-the-shelf software can’t quite do. So at that point, you have to write your own software.” 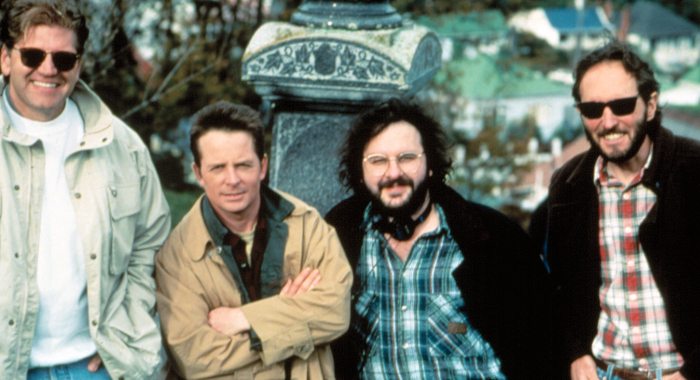 “The guys wanna do everything better than they did the last time… It sort of drives me crazy.”

“Over the years, we’ve written about a hundred pieces of code for a wide variety of different things, and it drives me a little bit crazy because we keep writing code for the same things every time. Like, we do Avatar a few years ago, and we wrote software to create grass, and trees, leaves, that can blow with the wind, that sort of stuff. And then I come along with The Hobbit, and I want some grass or some shrubs or some trees, so I [ask], Why can’t we use the stuff that we wrote [already]? I mean it was fine for the [prior] film, but we wanted to be better. I mean there was some kind of code, unspoken code – and it’s not anything to do with the ownership of the software, because it belongs to us – but the guys themselves, wanna do everything better than they did the last time. So they don’t want the Avatar grass, or the leaves; they want to do grass and leaves better than last time. They set about writing a whole new grass software, whole new leaf software, and it happens over and over again, all the time. It sort of drives me crazy.”