Lost City of Z and Fargo Season 3 Are Certified Fresh

Plus, Free Fire is explosive fun, The Promise is a missed opportunity, Born in China is effectively educational, and Unforgettable is... pretty forgettable.

This week at the movies, we have a stately Amazon adventure (The Lost City of Z, starring Charlie Hunnam and Tom Holland), an 85-minute gunfight (Free Fire, starring Brie Larson and Cillian Murphy), lovers in a dangerous time (The Promise, starring Oscar Isaac and Christian Bale), a Disneynature look at China’s cuddliest residents (Born in China, narrated by John Krasinski), a marriage threatened by the machinations of a jealous ex (Unforgettable, starring Katherine Heigl and Rosario Dawson), and UFOs over the desert (Phoenix Forgotten, starring Florence Hartigan and Chelsea Lopez). What are the critics saying? 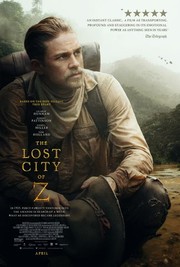 Exotic danger, a forgotten people, one man determined to press on against seemingly insurmountable odds — The Lost City of Z offers a variation on the classic noble explorer’s story, with one crucial twist: it’s all based on reality. Inspired by David Grann’s hit nonfiction book of the same name, Lost City dramatizes the incredible exploits of British explorer Percy Fawcett (Charlie Hunnam), whose adventures in the Amazon turned up evidence suggesting the region was once home to a hitherto unknown great lost civilization. A stately drift downriver from the whip-cracking Indiana Jones-style adventure that thrill-seeking film fans might expect, this sweeping historical epic takes a thoughtfully old-fashioned approach to a genre all too often exploited for cheap thrills — and most critics agree it pays handsome dividends. Whether you’re in the mood for gorgeous cinematography, fact-based drama, or simply a movie that reminds us of the incredible things we can achieve when we refuse to give up on a dream, The Lost City of Z is worth seeking out this weekend. 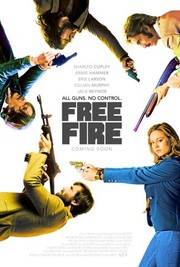 Cinema can be uniquely thought-provoking, but sometimes, you just want to watch a movie that puts a bunch of gun-toting maniacs in a building and lets the bullets fly. Filmgoers with just such a hankering can now head out to Free Fire, the latest from Kill List director Ben Wheatley — and as you’d expect given its pedigree, this is an action thriller that offers ample bang for one’s buck. Wheatley’s rounded up a talented ensemble cast (including Brie Larson and Armie Hammer) to imagine the bullet-riddled shenanigans that might erupt if an arms deal went awry between a homicidally volatile group of people, and while a number of critics have pointed out that the end results might not be completely original, most agree that the experience is still plenty of fun. If you’re looking for a shoot-’em-up this weekend, Free Fire should satisfy. 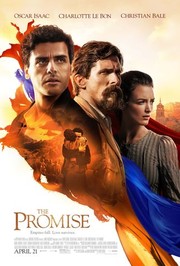 Director Terry George proved his knack for fact-based historical drama with In the Name of the Father and Hotel Rwanda, which probably has at least a little to do with why he was able to round up Oscar Isaac and Christian Bale for The Promise — and why this look back at the last days of the Ottoman Empire seemed like a sure bet for one of the year’s first prestige-picture hits. Alas, critics say George has fallen short of the mark this time around; while the cast is great and the real-life story is powerful, The Promise neglects to use it as much more than the backdrop for a fairly uninspired love triangle. If it teaches a few people about the horrors of genocide, it’ll still be a worthy entry in the actors’ filmographies, but the chances we’ll be talking about this movie come awards season seem very low. 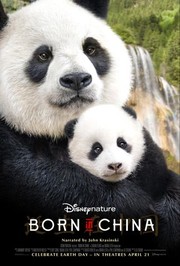 Disneynature and Earth Day have become an annual tradition, and this weekend, Born in China continues it with a colorful introduction to the flora and fauna native to the titular nation. If you’ve watched previous Disneynature releases like African Cats or Chimpanzee, you know what to expect here: beautifully filmed up-close looks at wildlife, usually accompanied by voiceover narration (provided here by The Office vet John Krasinski), all in service of a nonfiction narrative balancing the dangers facing our natural world against our reasons to hope for the future. Critics say Born in China accomplishes those goals reasonably well, and although it works better as a series of stunning images than a narrative — and your tolerance for anthropomorphism had better be high — it all adds up to another of the studio’s heartwarming animal adventures. 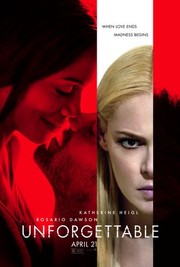 Hell hath no fury like a woman scorned, or so the saying goes, although there’s also something to be said for the fury of a film critic forced to watch another jealousy-fueled thriller pitting woman against woman in a catfight to the finish. Unforgettable, starring Katherine Heigl as a bitter ex-wife conniving to make life miserable for her ex-husband’s new bride (Rosario Dawson), has all the Lifetime-ready ingredients that would seem to make it ripe for a critical bashing — yet in the context of the genre and general expectations, the reviews have actually been surprisingly kind. Admittedly, the pundits haven’t exactly been effusive in their praise, and more than a few have pointed out that plenty of other movies have done this sort of thing far more effectively, but Heigl and Dawson breathe enough life into their roles to make Unforgettable marginally better than expected. On balance, it’s still more “bad” than “so bad it’s good,” but it’s been awhile since a major movie indulged in this level of glossy camp; if that’s your thing, feel free to seek out a screening — the closer to midnight, the better. 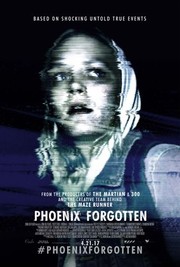 It’s been far too long since Hollywood brought us a classic alien abduction movie, but there’s reason to hope that Phoenix Forgotten might be the UFO thriller to end the drought. Inspired by an incident that made real-life headlines 20 years ago, it comes shrouded in decades of allegedly factual mystery — just the sort of thing that sends tingles down the spines of genre aficionados jonesing for a close encounter of the big-screen kind. Unfortunately, it wasn’t screened for critics, so we can’t tell you whether Phoenix Forgotten is worth checking out; in the meantime, we’ll just have to make do with another round of Guess the Tomatometer.

Thanks in part to a memorable dual performance from Ewan McGregor, Fargo mostly maintains the sly wit and off-kilter sensibility it displayed in its first two seasons.