Plus, UglyDolls is well-meaning but derivative, The Intruder is ridiculous, and El Chicano fails to impress. 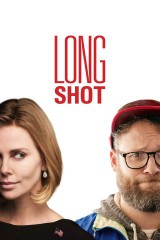 It’s probably no surprise that the title Long Shot holds a double meaning. For one, it refers to the relationship between a shlubby out-of-work journalist played by Seth Rogen and the ambitious, immaculately put-together woman who used to babysit him, played by Charlize Theron. But it also refers to the presidential campaign run by Theron’s character, the U.S. Secretary of State hoping to parlay her success in that role into a bid for the White House. Luckily, according to the critics, the far-fetched romance works, largely thanks to the talents of Theron and Rogen, who make a lively if unlikely couple and play off each other with an easy chemistry. As for the politics? Well, they’re really there to provide an excuse for Rogen and Theron to get into improper hijinks, and evidently, most of it works. Does everything turn a little mushy at the end? Maybe, but with Rogen and Theron doing ace work and director Jonathan Levine more in 50/50 mode than Snatched mode, Long Shot is a funny, sometimes even thoughtful comedy that hits more often than it misses. 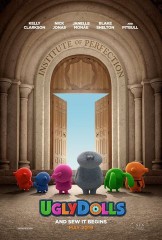 You’d think that making a movie based on a non-narrative toy would be a difficult enough endeavor to discourage most people from taking it on, but success stories like The LEGO Movie and Trolls have given some studios the courage to try anyway. It’s in that spirit that we have UglyDolls, an animated feature based on the popular plush toys of the same name, and unfortunately, critics are largely unimpressed with it. Kelly Clarkson and Nick Jonas headline an all-star cast of pop artists and comedians lending their voices to the film, which follows the adventures of an upbeat UglyDoll named Moxy who strikes out on a journey to find the human world and be accepted by a child. Along the way, she and her friends come across the Institute of Perfection, whose leader Lou will do everything in his power to stop her. Critics say the film’s core message of self-acceptance is admirable, but one we’ve encountered time and time again in the genre, and it’s not delivered in a particularly inventive way here. UglyDolls also cribs rather blatantly from its better predecessors, and its would-be anthems are catchy but ultimately disposable. There’s nothing terribly offensive about the movie, but it’s likely to appeal only to the youngest audiences. 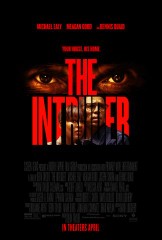 What’s creepier than looking outside your window and seeing Dennis Quaid nonchalantly mowing your lawn? Not a whole lot, according to The Intruder, which follows young couple Scott and Annie (played by Michael Ealy and Meagan Good), who purchase and move into a new home previously owned by a man named Charlie Peck (Quaid). As it turns out, Charlie’s having a hard time letting go, and he may or may not have an unhealthy obsession with Annie, which leads to a series of increasingly alarming intrusions until it becomes an outright home invasion. If this all sounds like boilerplate stuff to you, the critics mostly agree, calling The Intruder a lackluster thriller that’s undone by its own strange twists and lapses of logic. Dennis Quaid is pretty spot on as an entitled sociopath, though, so viewers may get some mileage out of that. 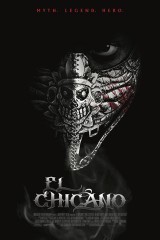 With the Avengers taking up all of the superhero pop culture real estate of late, it’s almost refreshing to come across a more small-scale tale of justice, particularly one as steeped in an underrepresented culture as El Chicano is. Unfortunately, critics say the effort is mostly wasted here. Raul Castillo stars as an LAPD detective on the trail of a cartel kingpin looking to expand into Los Angeles who, inspired by childhood tales of — and a personal encounter with — a mythical figure called “El Chicano,” decides to take on the persona to fight crime outside the law. While reviews tout Castillo’s effective brooding, they also note that the film lacks nuance, with thinly drawn characters whose backstories feel perfunctory rather than enlightening. El Chicano is ultimately a dark, overly gritty crime procedural-cum-vigilante thriller that relies on cliche and fails to reach its ambitious goals, but it may still serve an audience hungry for something akin to a Latino Batman. 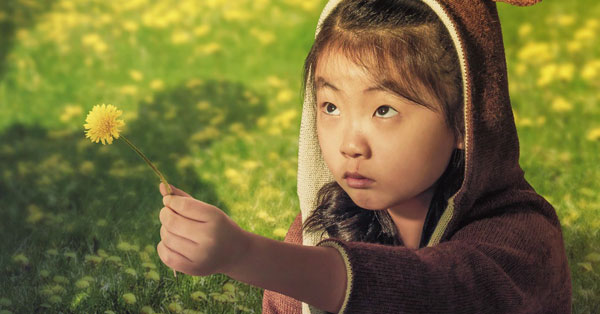