Plus, Feud: Bette and Joan and When We Rise are also Certified Fresh, and Before I Fall is a smart teen drama.

This week at the movies, we have Hugh Jackman unsheathing his claws for what may be the final time (Logan, co-starring Patrick Stewart), a teenage girl trapped in a time loop (Before I Fall, starring Zoey Deutch and Halston Sage), and a man in a spiritual crisis (The Shack, starring Sam Worthington and Octavia Spencer). What are the critics saying? 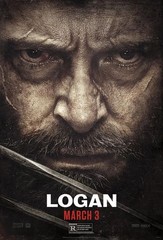 For years, Wolverine fans have patiently waited for the character to go on a suitably grim and gory big-screen adventure. It looks like it took Hugh Jackman hanging up his claws to make it happen, but better late than never: Logan finally embraces the dark, unflinchingly violent side of Wolverine that’s helped make the cigar-chomping little berserker such a comics fan favorite over the last several decades. In what promises to be Jackman’s last outing in the role, he finds himself on a post-apocalyptic road trip of sorts with old mentor Professor X (Patrick Stewart, also retiring from the franchise), both men guarding one of the planet’s last few remaining mutants — a young girl (Dafne Keen) with the same retractable claws and boiling rage as our hero. Critics say Jackman and director James Mangold are sending this iteration of the character out on a powerful high note with Logan, which stands among not only the best of the X-Men movies but arguably the greatest in the superhero genre overall. Part family road trip movie, part hard-hitting action thriller, it should more than satisfy those long-suffering fans — and may even convert a few non-believers. 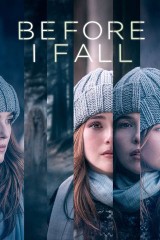 Based on Lauren Oliver’s 2010 YA bestseller, Before I Fall introduces viewers to Samantha Kingston (Zoey Deutch), a high school senior with a seemingly perfect life — one that unravels when she’s trapped in a time loop that forces her to relive the events of the day leading up to her death. Naturally, Samantha has some important lessons to learn, and the audience will learn them all along with her, right up through the heartwarming final act. It isn’t the subtlest of setups — critics have called Before I Fall a cross between a Nicholas Sparks weepie and Groundhog Day — but it all works well enough, enlivened by a strong performance from Deutch and a perspective that’s just different enough to set itself apart from every other young adult drama with a supernatural tinge. If you’re young and/or young at heart and seeking a satisfying cry this weekend, this seems like a pretty safe bet. 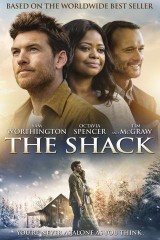 The “faith-based film” market still hasn’t quite come into its own as far as critics are concerned, but there’s no denying the genre’s come a long way over the last few years. This weekend’s The Shack, starring Sam Worthington as a man driven to a spiritual crossroads by soul-shattering tragedy, is the latest case in point: with a terrific cast rounded out by Octavia Spencer and Radha Mitchell, it’s obviously not cut from the same low-budget cloth these films were once known for. But rounding up great ingredients is only half the battle — a great movie needs to blend them successfully too, and critics say The Shack falls down on that front, losing its worthy message in a heap of rickety clichés and heavy-handed platitudes. Lukewarm critical buzz hasn’t always put much of a dent in the box office for these films, but if you’ve found yourself on the fence, you may want to reconsider paying a visit.

When We Rise works as a well-meaning outreach project with a decent cast, even if the script’s ambitious reach slightly exceeds its grasp.

Taken‘s cast hits the right notes, but overall, the series fails to deliver a compelling narrative distinguished from its source material.