In this week's Total Recall, we count down the best-reviewed films of the Snowden star.

At the ripe old age of 35, Joseph Gordon-Levitt is already a grizzled Hollywood veteran, having made his film debut nearly 25 years ago in the slobbery family comedy Beethoven. And he’s a busy guy, too — although this weekend’s Snowden marks his first trip to theaters in 2016, he also juggles a variety of responsibilities to his online collaborative HitRecord. Clearly, the time has come for us to take a fresh look at the critical highlights from Mr. Gordon-Levitt’s growing filmography, and you know what that means: It’s time for Total Recall! 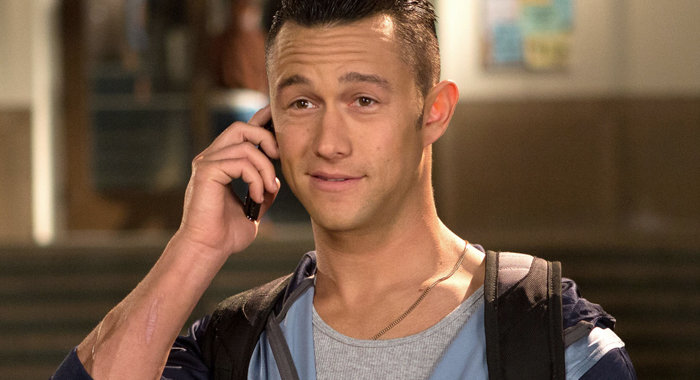 He’s a preening lunkhead and she’s obsessed with romantic comedies, but as portrayed by Scarlett Johansson and Joseph Gordon-Levitt, Barbara Sugarman and Jon Martello are far from the empty cinematic stereotypes they might seem like on paper — and their story (written and helmed by Gordon-Levitt in his feature-length directing debut) has much more on its mind than your average boy-meets-girl picture. In fact, as many critics saw it, Don Jon managed to impart some thought-provoking messages about addiction, technology, and the difficulties of modern relationships while also providing an effortlessly entertaining showcase for its appealing young stars; the Boston Globe’s Ty Burr, for one, believed it accomplished the former so well that “R rating aside, it should be required viewing for every 15-year-old boy on the planet.” 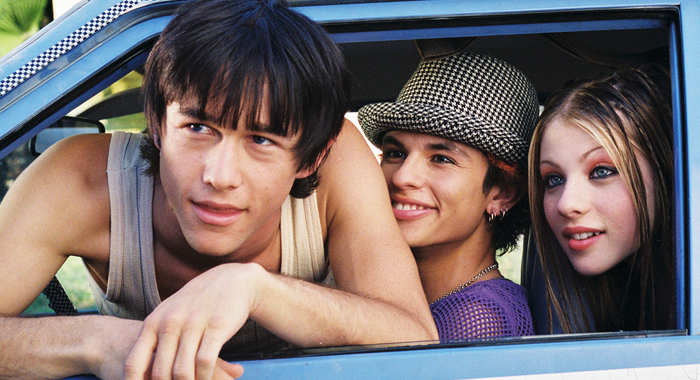 Gordon-Levitt raised a lot of eyebrows with 2005’s Brick, but he started erasing memories of Third Rock from the Sun the year before, with this bleak drama from Doom Generation director Gregg Araki. A favorite on the festival circuit, Mysterious Skin delves into the harrowing aftermath of sexual abuse, following the struggles of two teen boys (Gordon-Levitt and Brady Corbet) to come to grips with the actions of an emotionally disturbed baseball coach (Bill Sage). Understandably not a huge box office draw, Skin was still appreciated by critics such as the Philadelphia Inquirer’s Steven Rea, who applauded what he saw as a film that “manages to deal with its raw, awful subject matter in ways that are both challenging and illuminating.” 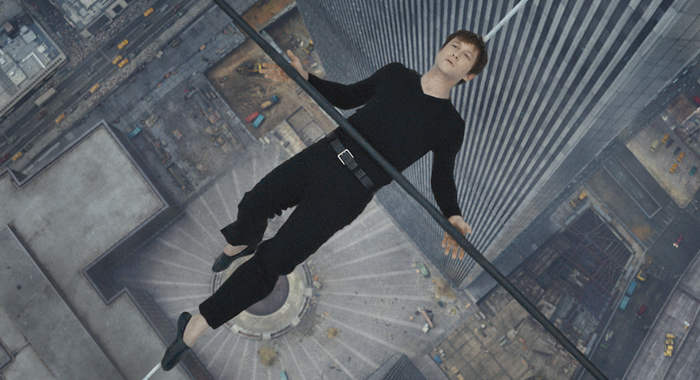 Real-life daredevil Philippe Petit’s death-defying tightrope walk between the World Trade Center towers made headlines in 1974 — and astonished viewers all over again when documentarian James Marsh offered an inside look at the story with his 2008 release Man on Wire. Sensing untapped cinematic potential in the tale, director Robert Zemeckis decided to dramatize it with 2015’s The Walk, casting Gordon-Levitt as Petit and bringing the latest and greatest IMAX 3D technology to bear on dazzling scenes depicting the stunt. That technical wizardry rightly received a ton of attention, but some of the film’s charms are decidedly old-fashioned: “Gordon-Levitt beguilingly captures Petit’s irresistible charisma,” wrote Calvin Wilson for the St. Louis Post-Dispatch, “in a performance that completes his transition from indie-film favorite to big-budget star.” 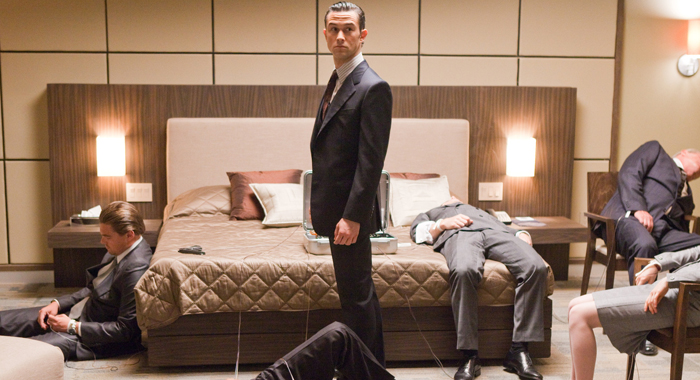 Yeah, you knew this one would be here. Gordon-Levitt was almost an afterthought in Inception, but that had everything to do with the fact that it was a Christopher Nolan joint, starring Leonardo DiCaprio, and nothing to do with his own performance as Arthur, DiCaprio’s partner in high-tech corporate espionage. A rare opportunity for Gordon-Levitt to play with choreographed stunts, trippy special effects, and blockbuster expectations, Inception earned four Academy Awards against eight nominations — not to mention more than $825 million in box office receipts, as well as praise from critics like Amy Biancolli of the Houston Chronicle, who called it “only the latest indication that Christopher Nolan might be the slyest narrative tactician making movies today.” 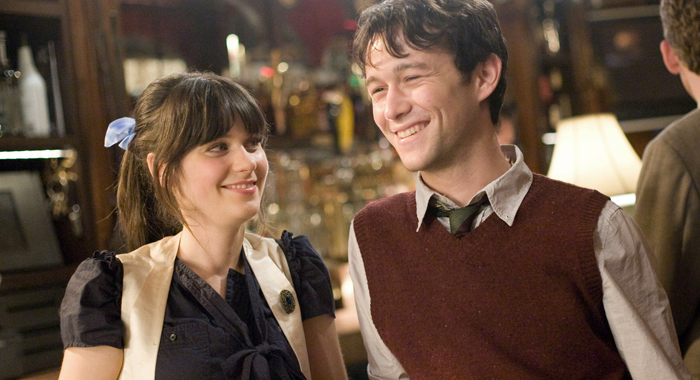 Indie boy meets indie girl at their quirky office (a greeting card company, for goodness’ sake) and they start an adorably star-crossed relationship. It’s the kind of thing, at least in its bare outline form, that we’ve seen countless times before — so why was (500) Days of Summer such a hit with critics and audiences? Well, partly because it boasts a smarter, more sensible script than your average Hollywood romance — and partly because Gordon-Levitt and Zooey Deschanel had enough soulful chemistry to inspire the New Republic’s Christopher Orr to write that it “Captures with such immediacy the elation and anxiety of new love, the tingle and the terror, the profound sense that you have never been more alive and the occasional wish that you could die on the spot.” 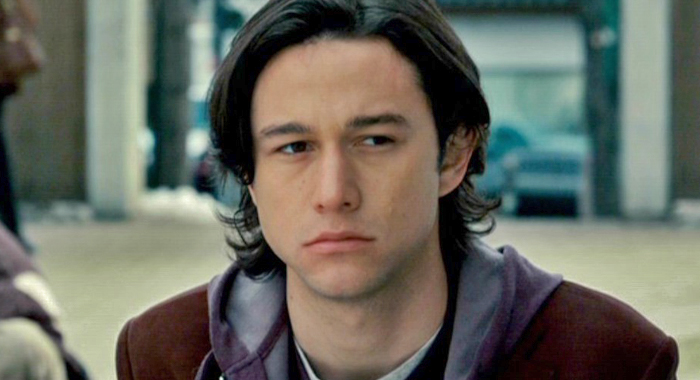 A little like Memento without a riddle sitting in the middle of the plot, writer/director Scott Frank’s The Lookout revolves around a brain-damaged protagonist (Gordon-Levitt) haunted by a troubled past — and whose friends and/or enemies might not be everything they seem. As a former homecoming king whose shattered life has led him into a dead-end job that makes him a natural target for a gang of unscrupulous ne’er-do-wells, Levitt brought a melancholy heart to what might have been a fairly ordinary heist flick; as Jack Mathews observed for the New York Daily News, “Though The Lookout is eventually a genre film, with a tense, bang-up ending, it is also a thoughtful study of a young man trying to make sense of a world that he is having to learn all over again.” 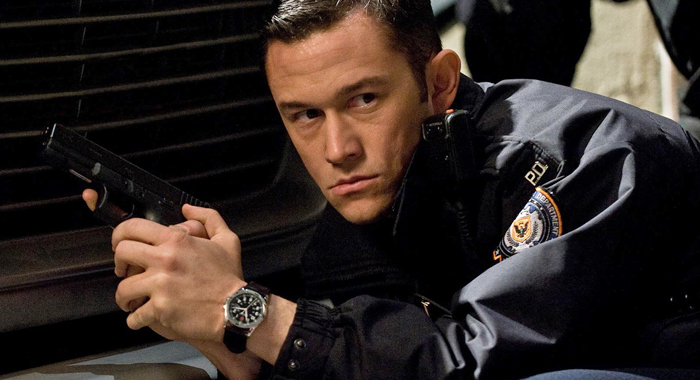 Trilogy-concluding sequels don’t come much more highly anticipated than 2012’s The Dark Knight Rises, which put Christian Bale’s gravel-voiced Batman on a backbreaking collision course with the nefarious Bane (Tom Hardy) while setting up the cataclysmic conflict that brought the story Christopher Nolan started with Batman Begins to an appropriately senses-shattering conclusion — and introducing audiences to the upstanding young cop (Gordon-Levitt) who just might become the next Dark Knight. Although Rises couldn’t quite match its predecessor’s critical standing, it still did pretty well for itself, racking up over a billion dollars in worldwide box office while amassing an impressive number of accolades from the likes of the Los Angeles Times’ Kenneth Turan, who called it “A disturbing experience we live through as much as a film we watch” and added, “This dazzling conclusion to director Christopher Nolan’s Batman trilogy is more than an exceptional superhero movie, it is masterful filmmaking by any standard.” 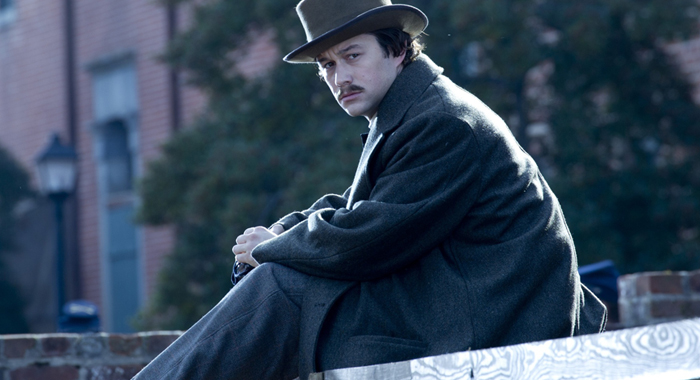 He presided over the most tumultuous time in our nation’s history, accomplished great things while in office, and ended his administration — and his life — in violent tragedy. Needless to say, Abraham Lincoln’s life is the stuff that Oscar-winning films are made of — and with Steven Spielberg at the helm, directing a stellar cast that included Gordon-Levitt, Tommy Lee Jones, Hal Holbrook, Sally Field, and an almost unrecognizable Daniel Day-Lewis as the man himself, Lincoln was a virtual shoo-in for a Best Picture nomination even before it arrived in theaters. Of course, it helped that the finished product was one of 2012’s best-reviewed films thanks to critics like Michael Phillips of the Chicago Tribune, who wrote, “It blends cinematic Americana with something grubbier and more interesting than Americana, and it does not look, act or behave like the usual perception of a Spielberg epic.” 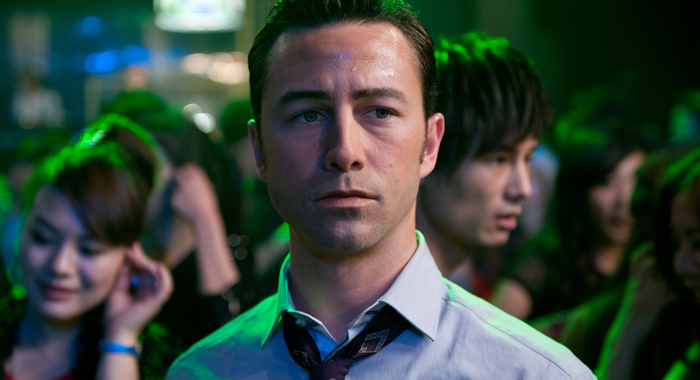 Plenty of people would love to take the opportunity to travel back in time and see our younger selves, but Rian Johnson’s Looper takes this premise and adds a nasty twist. When a hit man (Joseph Gordon-Levitt) realizes his latest quarry is his older self (Bruce Willis) — an event known among his peers as “closing the loop” — he muffs the job, allowing him(self) to escape and setting in motion a high-stakes pursuit that puts a widening circle of people in danger. Tense, funny, and surprisingly heartfelt, Looper may suffer from some of the same scientific story flaws as other time travel movies, but it also manages to turn its by-now-familiar basic ingredients into an uncommonly affecting and thought-provoking sci-fi drama. “Looper imagines a world just near enough to look familiar,” mused Entertainment Weekly’s Lisa Schwarzbaum, “and just futuristic enough to be chillingly askew.” 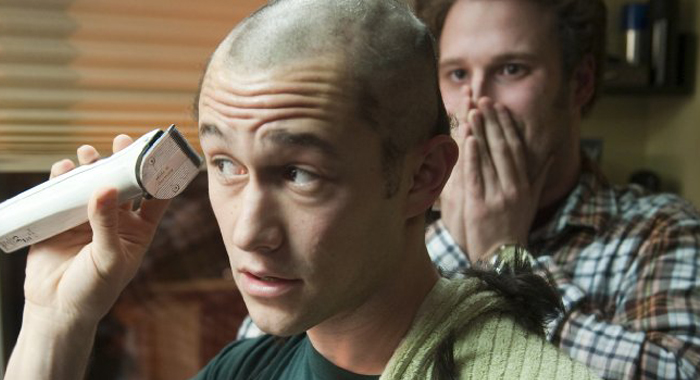 Cancer, generally speaking, isn’t all that funny. So kudos to screenwriter Will Reiser for finding the humor in his own diagnosis — and then using the experience as the grist for 50/50, a dramedy about a pair of best pals (played by Gordon-Levitt and Seth Rogen) whose relationship is irrevocably altered after one of them learns he has cancer. Director Jonathan Levine’s deft handling of the story’s tonal shifts keeps the movie from straining for laughs or straying into mawkish territory, while Rogen offers able support for Gordon-Levitt as the best friend of a guy who’s fighting for his life. “What ensues is Beaches meets Pineapple Express,” wrote Mary Elizabeth Williams for Salon. “Which, I’ve got to tell you, is pretty much what living with cancer is like.”