In this week's Total Recall, we count down the best-reviewed work of the Winter's Tale star.

She made her debut 30 years ago in Sergio Leone’s Once Upon a Time in America, and since then, it’s been our pleasure to watch Jennifer Connelly grow from a talented young actress into an Academy Award-winning star. This weekend, Connelly helps round out an all-star cast in the supernatural drama Winter’s Tale, and to help mark her appearance in Akiva Goldsman’s magical, century-spanning Manhattan love story, we decided to dedicate our latest list to an appreciative look back at some of her finest performances. It’s time for Total Recall!

It’s the gamma radiation in his body that makes him the Hulk, but Dr. Bruce Banner is equally defined by his love for Betty Ross, so any Hulk movie worth its salt needs to have a beautiful Betty to go along with its rampaging big green guy. Whatever its faults, Ang Lee’s 2003 Hulk picked a terrific Betty in Connelly, who helped anchor some of the movie’s more CGI-driven flights of fancy with her performance as the only woman on Earth capable of soothing Eric Bana’s savage beast. “Audiences expecting to turn off their brains and sit back for another blast of mere eye candy may stagger out of this 138-minute epic wondering what hit them,” gasped Looking Closer’s Jeffrey Overstreet.

George Lucas produced and Jim Henson directed! In 1986, what more could a film fan ask for? Well, for those hoping for more than a bumpy blend of camp and dark fantasy with a surreal David Bowie musical number thrown in, the answer was “quite a lot” — but even if it wasn’t the hit it was cracked up to be, Labyrinth has gone on to become a cult favorite for a lot of easily defensible reasons, including Henson’s always-captivating puppet design and some watchable work from a young Connelly as Sarah, the brave teenager who has to venture into a magical world to save her baby brother after she inadvertently summons goblins to kidnap him. Calling it “An innovative mix of sophisticated puppetry and special effects,” the Philadelphia Inquirer’s Steven Rea wrote, “Labyrinth has all the components of classic myth.”

Director Dennis Hopper took an appropriately visual approach to his adaptation of Charles Williams’ novel Hell Hath No Fury, right down to the utterly lovely cast he assembled: Don Johnson, fresh off Miami Vice, as troublesome drifter Harry Madox; a drawling Virginia Madsen as Madox’s boss’s sultry wife; and Connelly as his deceptively wholesome secretary. It’s all more than a little silly, but Hopper definitely understood how to spin a noirish yarn — and how to film a few scenes that left a generation of VHS renters scrambling for the pause button. “Hot Spot will never go down as timeless, neoclassic noir,” admitted Desson Thomson of the Washington Post. “But, with its Hopperlike moments, over-the-top performances and infectious music, it carries you along for a spell.”

The protagonist who has no memory of his past, but must find a way to evade capture for crimes he’s sure he didn’t commit: It’s a tale as old as noir, but Alex Proyas’ Dark City tells it with singularly stylish flair, starring Rufus Sewell as an unfortunate soul who wakes up in a bathtub, takes a phone call warning him that men are on their way to capture him, and stumbles across a dead woman on his way out the door. Toss in his estranged wife (Connelly), a city where the sun never shines, a human race prone to random comas, and a telekinetic battle between our hero and a shadowy cabal known as the Strangers, and Dark City is unlike any mindbending love story/trippy action thriller you’ve ever seen; as Stephen Holden argued in his review for the New York Times, it’s “so relentlessly trippy in a fun-house sort of way that it could very easily inspire a daredevil cult of moviegoers who go back again and again to experience its mind-bending twists and turns.”

Connelly’s brief appearance in Sergio Leone’s Once Upon a Time in America impressed director Dario Argento, who was so taken that he gave her the lead in his 1984 thriller Phenomena (later edited and retitled Creepers for the U.S. market). Argento later called it his most personal film, but it’s just as weird and thickly atmospheric as the rest of his best work; the storyline centers around a boarding school student (Connelly) whose ability to communicate telepathically with insects piques the interest of an entomologist (Donald Pleasance) who hopes to use her gifts to help catch a serial killer. While it proved too gruesomely surreal for many critics (Jon Pareles of the New York Times quipped that “the best acting is by an expressive, resourceful chimpanzee”), for others it was vintage Argento; “We’re on ground he’s covered before,” admitted Eye for Film’s Jennie Kermode, “but it’s constantly shifting beneath us.”

5. House of Sand and Fog

Based on Andre Dubus III’s brutally sad novel, House of Sand and Fog finds director Vadim Perelman taking the audience on a grim — but altogether compelling — odyssey of intractable conflict between a recovering addict (Connelly) and the Iranian immigrant (Ben Kingsley) who purchased her house in an auction sale triggered by a tax misunderstanding with the county. Neither side is wrong, but neither character is totally sympathetic, and as their shared intransigence raises the awful stakes, Perelman makes the viewer complicit in the inexorable conclusion. “In the current political climate, it’s required viewing,” wrote Glenn Lovell for the San Jose Mercury News. “We all need to think about tolerance and how, like sand, it can slip through our fingers.”

Following her critically lauded appearance in Requiem for a Dream, Connelly reunited with her Inventing the Abbotts producer, Ron Howard, for 2001’s A Beautiful Mind, in which Howard directed a dramatization of brilliant mathematician John Forbes Nash Jr.’s struggles with mental illness. Starring Russell Crowe as Nash and Connelly as his wife Alicia, Mind proved a critical and commercial sensation, earning more than $300 million in worldwide grosses and netting eight Academy Award nominations (four of which it took home, including Connelly’s Best Supporting Actress win). Although she’d been migrating toward more serious adult fare for years, A Beautiful Mind announced Connelly’s evolution from young star to grown-up thespian on a worldwide stage; as A.O. Scott noted in his review for the New York Times, “Ms. Connelly [is] keen and spirited in the underwritten role of a woman who starts out as a math groupie and soon finds herself the helpmeet of a disturbed, difficult man.”

3. Requiem for a Dream

Like the Hubert Selby, Jr. novel from which it’s adapted, Darren Aronofsky’s Requiem for a Dream is certainly not for everyone. An unflinching look at the misery of addiction, Requiem follows the hellish descents of a widow named Sara Goldfarb (Ellen Burstyn), her son Harry (Jared Leto), his girlfriend Marion (Jennifer Connelly), and Harry’s friend Tyrone (Marlon Wayans). After 102 minutes, all four characters have been pretty well run through the wringer; Burstyn winds up institutionalized, Leto loses an arm, Wayans has to go cold turkey in a jail cell — and Connelly crosses paths with Big Tim, played with thoroughly skeevy élan by Keith David. Good taste prevents us from getting into the exact nature of their relationship; suffice it to say that Connelly’s character arc demonstrates that some people will do just about anything to get their fix, and David’s performance reminds us that other people will stop at nothing to take advantage of an addict. “Never have we been taken this close to the edge, and never have the characters teetering over it elicited so much sympathy,” wrote Eugene Novikov of Film Blather. “Requiem is difficult to watch, but it richly rewards those who stay with it.”

The middle aughts found Connelly selecting a series of markedly grim scripts, from House of Sand and Fog to Dark Water, Blood Diamond, and Reservation Road — and including Little Children, writer/director Todd Field’s adaptation of the Tom Perrotta novel about a suburban community whose beautiful facade masks untold conflicts — and whose carefully calibrated order is disrupted by the arrival of a registered sex offender (Jackie Earle Haley). It’s the kind of yarn that’s been spun countless times over the last few decades, but many critics still took fresh pleasure from this particular telling — including J.R. Jones, whose Chicago Reader review argued, “the characters are drawn with such compassion their follies become our own and their desires seem as vast as the night sky.”

A longtime passion project for Ed Harris, Pollock offers filmgoers a warts-and-all biopic of painter Jackson Pollock, an artistic genius whose process was as infamously messy as his personal life. The project’s director as well as its star, Harris rounded out Pollock‘s cast with tremendously talented actors, including Marcia Gay Harden, Amy Madigan, Jeffrey Tambor, and Connelly — who played Pollock’s muse and extramarital paramour, Ruth Kligman. Harris was nominated for a Best Actor Academy Award and Harden won Best Supporting Actress, leading a film full of fine performances that inspired Margaret A. McGurk of the Cincinnati Enquirer to write, “If ever there were an artist to prove that the art is bigger than the artist, it was Jackson Pollock. Like him, this film embraces pain and chaos and self-loathing and returns beauty.”

In case you were wondering, here are Connelly’s top 10 movies according RT users’ scores:

Take a look through Connelly’s complete filmography, as well as the rest of our Total Recall archives. And don’t forget to check out the reviews for Winter’s Tale.

Finally, here’s a clip of Connelly narrating the audiobook version of Paul Bowles’ The Sheltering Sky: 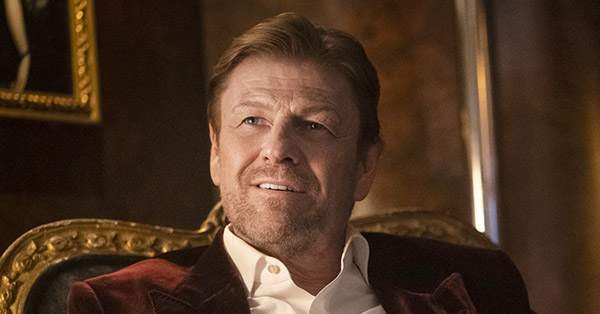 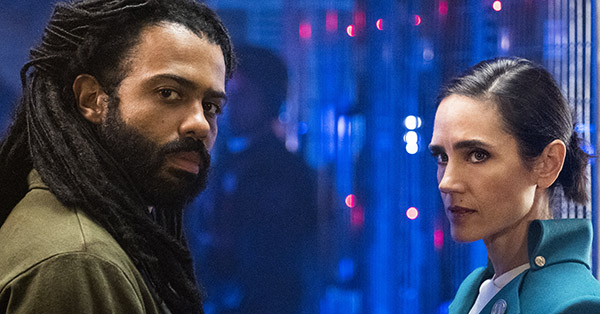